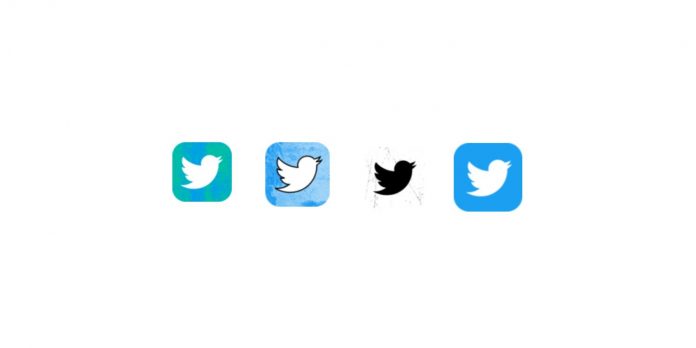 Twitter appears to be exploring the possibility of giving iOS users a choice of Twitter app icons to use on their Home Screen, based on a new survey sent out to members of its Twitter Insiders program.

Custom Twitter icons (via 9to5Mac)
As the picture above shows, Twitter has four different app icons in mind, and the company is currently garnering feedback on the new designs to see which ones users prefer.

Third-party developers of iOS and iPadOS apps are able to give users different icon options for their apps, which gives them better control over ‌Home Screen‌ customization.

Take the third-party Twitter client Apollo, which maintains a regularly updated library of icon designs for the app that’s proved popular with its users. Twitter could theoretically offer a similar option in its official client.

Twitter is also testing a new splash screen, as shown in the animated GIF below.

As with all app tests that have yet to make it to the public release, Twitter could ultimately decide not to implement these changes, so we’ll just have wait and see. The new icon designs and splash screen were first reported by 9to5Mac.Tag: Twitter
This article, “Twitter Testing Customizable App Icons and New Splash Screen” first appeared on MacRumors.com