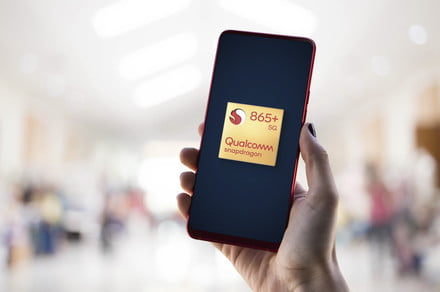 Qualcomm’s flagship chip, the Snapdragon 865, is getting even more powerful. The company announced the new Snapdragon 865 Plus, which is aimed at offering a performance boost for phones released between now and the beginning of 2021.

Qualcomm has done the same for previous-generation chips, too. Last year, it launched a Snapdragon 855 Plus, which ultimately ended up powering devices like the Asus ROG Phone 2, the OnePlus 7T, the Black Shark 2 Pro, and more.

It’s likely that the new “Plus” model of the chipset will feature in new gaming phones, as well as a few non-gaming devices. Last year, for example, the 855 Plus was found in the OnePlus 7T — and we’re expecting OnePlus to launch a OnePlus 8T by the end of the year, which may feature the new chip.

On the technical side, the Snapdragon 865 Plus is an overclocked version of the original Snapdragon 865, and as a result, it may not be the best choice for all phone manufacturers, which may want to emphasize battery life over raw performance. Considering that, it’s likely that many new flagship devices will continue to feature the standard Snapdragon 865 — and that doesn’t necessarily mean that they feature last-generation tech.

When it comes to that performance, the new chipset offers a Kryo 585 CPU with a clock speed of 3.1GHz, which will result in a 10% performance boost over the last-generation Kryo 585 in the standard Snapdragon 865. There is also an Adreno 650 GPU, which Qualcomm says will deliver 10% faster graphics rendering. And, the chipset is compatible with Qualcomm’s FastConnect 6900, which supports Wi-Fi 6 at speeds of up to an impressive 3.6Gbps.

Other features include the Snapdragon X55 modem, which supports mmWave and sub-6GHz 5G, along with Bluetooth 5.2 support.