Home News The Pixel 3a’s disappearance is a reminder Google just isn’t that into...
News 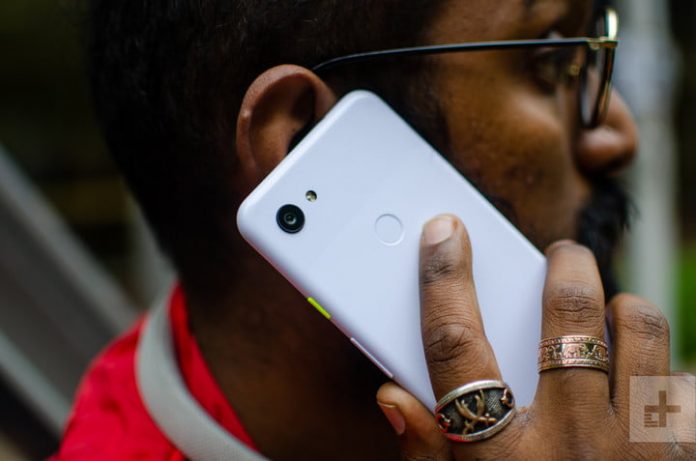 The Google Pixel 3a is no more. Google has confirmed the phone has been discontinued from its range. It unavailable through the Google Store, and once the remaining devices out in the world have been purchased, that’s it.

This is just the way of the world. The Pixel 3a is more than a year old, and while it’s still a good phone, very few manufacturers continue producing and selling devices for longer than that before retiring them. The only problem is that the budget darling of the Android community leaves without a replacement, as the rumored Pixel 4a remains exactly that, a rumor.

It is odd to see a phone depart before its replacement appears, but it’s yet more evidence that Google sees hardware as a means to an end.

The Pixel 3a was important

The $400 Google Pixel 3a was an important phone, and not just because it offered a good camera and excellent software. It was important because it introduced many U.S. buyers to the idea that a budget smartphone didn’t have to come with tough compromises.

Many cheap smartphones available in the U.S. before the Pixel 3a were cheap for a reason. They served up old software, limited updates, substandard cameras, and disappointing design.

Google kicked that trend to the curb with the Pixel 3a, finally letting the U.S. catch up to Europe, India, and China, where great low-cost phones were (and still are) relatively commonplace.

This was good news for Google. IDC reported that Google shipped 7.2 million phones in 2019, up by 52% over the year before. That growth was no doubt helped by the Pixel 3a’s existence.

The Pixel 3a’s success — at least from a critical point of view, as any fraction of 7.2 million sales is small in the phone world — may have spurred Apple to put the 2020 iPhone SE out the door this year. The Pixel 3a was good for buyers, good for owners, and good for the industry in general.

So why has Google discontinued it without a successor on the horizon?

Where is the Pixel 4a?

Good question. You can find rumors galore about the Pixel 3a’s sequel. The current consensus seems to expect it in October, when the Pixel 5 launches. It may even be called the Pixel 5a instead. It was a no-show during the week of Google’s canceled Android 11 reveal event, and nothing has been heard or teased officially.

Google has clearly communicated that the Pixel 3a is dead, though, and while global circumstances have not been favorable to phone launches and events recently, that hasn’t stopped other companies from finding a way to responsibly tell the story of a new device. OnePlus, for example, is preparing to eat Google’s lunch in Europe and India with the new sub-$500 OnePlus Nord.

Leaving a low-cost Pixel-sized hole in the range between now and October gives the competition better opportunity to sell more phones, as Google’s already meager market share dwindles rather than grows.

Hardware is a necessary evil for Google. During the Made by Google event in 2019, when the Pixel 4 was launched, Rick Osterloh, Google’s senior vice president of hardware, talked about smartphones changing the world. He claimed that in the near future, ambient computing (catch-all code for cloud services and artificial intelligence) would mean, “devices aren’t the center of the system, you are.” He went on to talk about the importance of Google Assistant, which is present on Android devices, but can also be accessed through other devices.

In a May interview, Sundar Pichai, CEO of Google parent Alphabet, said the company was “super-committed” to having a wide product portfolio, but added that “hardware is hard” and takes a long time to get right. The overriding message in the interview was that Google had a long-term plan for hardware. However, this seems to have focused more on acquisitions, from HTC’s mobile division to Fitbit, rather than new products.

Pichai also said: “If you want to drive computing forward, the high end is where you’re going to keep moving the needle.” He added that while the company is working on its entry-level devices, high-end hardware is where its underlying investments pay off. Google investments center on A.I., along with acquisitions focused on data, like Fitbit. A low-cost Pixel doesn’t fit in with that, and certainly not when we’re getting closer to the arrival of the Pixel 5.

Companies discontinue products every day, but most companies don’t tell everyone, and most have a replacement for eager buyers to rush out and buy instead. Google wants you to know the Pixel 3a has been discontinued, and isn’t ready to promise a replacement anytime soon. It’s an unusual strategy for most companies, but not for Google, which believes data — not hardware — is king.

The Pixel 3a changed people’s impression of what a cheap phone could be. Google’s treatment of it, and its no-show replacement, is further evidence Google isn’t ready to behave like a traditional hardware company focused on maintaining a wide smartphone portfolio. We shouldn’t expect it to follow the same schedule as Apple, Samsung, and others.

A replacement will almost certainly come, but at Google’s pace, and not at the expense of development of the Pixel 5. That’s the phone we should be looking forward to.

In the meantime, budget buyers will have to shift their focus to the lovely Apple iPhone SE.