Home News The Oppo Watch charges its way to a day’s worth of battery...
News 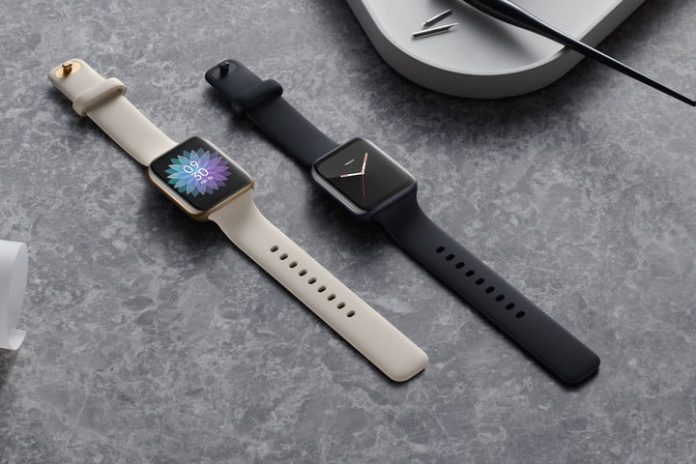 Oppo has integrated the fast-charging tech its smartphones are famous for into its first smartwatch, the long-awaited Oppo Watch. VOOC Flash Charge gives the watch enough power to last for 16 hours after just 15 minutes spent plugged in, which means you get to take full advantage of its sleep tracking and special fitness routines whether you charged it overnight or not.

Short battery life is a major smartwatch pain point, and although the Oppo Watch’s 30-hour total usage time isn’t outstanding, it’s helped by the 15-minute charge window. The Oppo Watch is being pitched as a wearable with a focus on health and wellness, with sleep tracking on board. It also has an unusual five-minute workout feature, complete with voice coaching. We’ve yet to see this in action, but it sounds like a great addition to common smartwatch wellness features like breathing exercises and reminders to stand up.

The Oppo Watch has Google’s WearOS software installed, a heart-rate monitor on the back, NFC for Google Pay, GPS, and Qualcomm’s Snapdragon Wear 3100 chipset. It will also have an app that creates a watch face based on the colors of your outfit, though unlike the feature we’ve seen on Kate Spade smartwatches, Oppo uses a photo to help generate the look.

On the subject of looks, the Oppo Watch does look familiar. It bears a striking resemblance to the Apple Watch, with Oppo being one of the few manufacturers to adopt a square-ish body over a round one. There are two versions — a 46mm model in black or gold, and a 41mm model Oppo Watch in black, Pink Gold, or Mist Silver.

The 46mm has a ceramic back and 50-meter water resistance, but the 41mm model only manages 30-meter water resistance, and has a composite back. Both have aluminum bodies. The 46mm Oppo Watch has an LTE connection for phone-free calls and a big dual-curve 1.91-inch display. The Snapdragon 3100 comes with 1GB of RAM and 8GB of storage space, which is the same across both watches. The 41mm Oppo Watch has a 1.6-inch AMOLED screen.

Oppo has announced the Oppo Watch early. The 46mm model won’t be available until October, when it will cost 369 British pounds or about $482. That puts it up against the Apple Watch Series 5, and considerably more than most WearOS smartwatches. The 41mm model is less at 229 pounds, or about $299, and will be out on September 3. Oppo has no plans to launch either watch in the U.S. at this time.

Google September 2020 hardware event: Everything we expect to be released

Google has announced the date of its next hardware event -- to be held on September 30. From the Pixel 5 to a new Chromecast, here's everything we expect.
Read more

Save a massive $500 on the stylish and distinctive Samsung Galaxy Z Flip today only at B&H Photo.
Read more

Fitbit continues to deliver industry-leading smartwatches that are designed to impress on multiple fronts, so it would be no surprise
Read more

These are the best wireless earbuds you can buy at every price!

The best wireless earbuds are comfortable, sound great, and have long-lasting battery life. These tiny headphones from companies like Jabra,
Read more