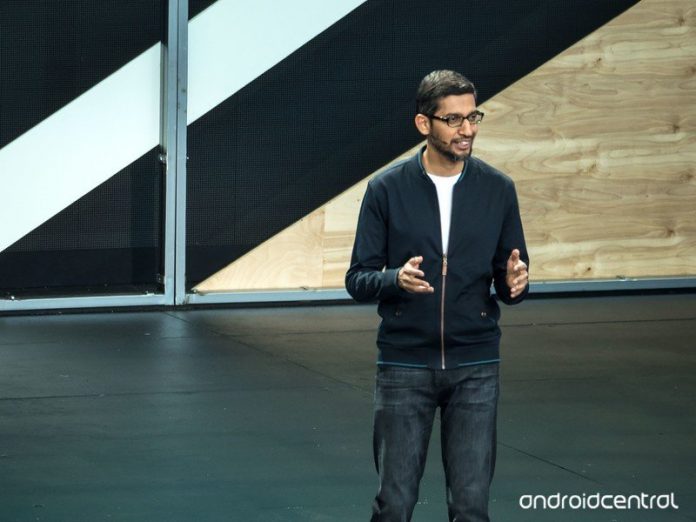 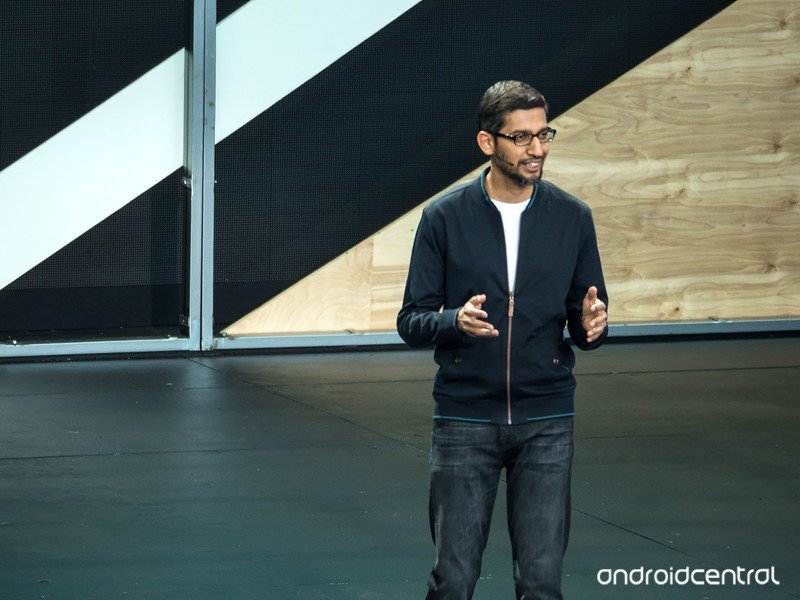 Hard work while the odds are against you is the plot for many modern success stories. On a day where the chief executives of Amazon, Apple, Google, and Facebook are set to testify to the House Judiciary Committee in a broad antitrust investigation, it’s also how Alphabet’s opening remarks portray Google.

These remarks aren’t meant to be all-encompassing or lengthly; that comes in the answers to individual questions from the members of the House. These opening remarks are merely there to set the tone for Google’s defense to allegations that its market power gives it an undue amounts of influence and domination. And they do a pretty good job of defending the questions before they are even asked.

Pichai defends Google by placing it in culture as an American success story.

Pichai offers a series of success stories that are only possible because of Google as evidence that its presence and position of market dominance is not a means to push out any competition and because of Google, the market self regulates to the benefit of Americans.

Google cites stories like Austin’s Kettlebell Kings, which was able to use Google’s online platforms to grow during the current COVID-19 pandemic, or Urbana’s Berry Digital Solutions, who can only help small businesses because of Google’s online platforms and tools. Against allegations of predatory practices from other large players, these stories from the little guy are more than a defense — they aim to paint Google as a saving grace. Main Street versus Wall Street, if you will.

Google doesn’t stop there. A large portion of the short statement is dedicated to Pichai telling the House how good Google is for America. We learn that Google is the largest or one of the largest investors in the United States year after year, and how Google is ensuring that America is the global leader in technologies like artificial intelligence and quantum computing. These are technologies that many feel can’t be trusted to foreign interests. Without Google, we would surrender this tech and all of its benefits.

Google is trying to position itself as a champion of small businesses, especially during the pandemic.

Finally, Google is portrayed as just another player. Pichai reminds the House that you can now get answers from Alexa or Twitter and not rely on Google search. You can research products on Amazon or eBay or Walmart where most online transactions are actually completed. Even ad services from Comcast or Instagram are compared to Google’s own advertising business.

All of these positions are tied together with the idea that Google faces stiff competition on all fronts, and because it continuously innovates that same competition is forced to do the same. Whether it’s something you can count, like investment back into the country or prices of goods and services, or something more abstract like privacy and digital security Google explains that because it exists and because it is doing so well other companies are forced to act. This, says Pichai, makes Google’s position in the market good for America, not bad for the competition.

Perhaps the most powerful statement Pichai offers is the closing remark:

To this day, I haven’t forgotten how access to innovation and technology altered the course of my life. Google aims to build products that increase access to opportunity for everyone — no matter where you live, what you believe, or how much money you earn. We are committed to partnering with lawmakers, including the members of this Committee, to protect consumers, maintain America’s competitive technological edge in the world, and ensure that every American has access to the incredible opportunities that technology creates.

Google is good for America. At least, according to Google.

These arguments may not resonate with you and me but they don’t have to. As consumers, our way of holding Google accountable is through our wallets and we’ve already spoken. But to the U.S. House of Representatives and other members of the current — and future — administration(s), they are hard to dismiss.

Pichai is painting Google as the embodiment of the American Dream; hard work, stiff competition, and investment back into everything that makes it possible leads to a natural position of strength. The idea that Google isn’t bad for the competition and that the market has chosen, placing Google where it is because it deserves it, sounds like a campaign speech.

This isn’t going to quash any tough questions from the House, but it will serve to stand as a strong reminder that anything done to “punish” Google also punishes the ideals of every American. That may or may not be true, but it will definitely be there for each committee member to think about.