Spotify for Mac Can Now Initiate Streams to Chromecast Devices 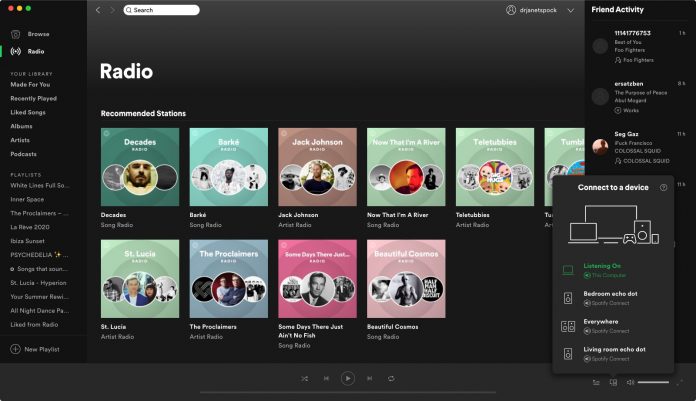 Previously, the only way to control Chromecast streams on the desktop app was by initiating the stream on the Spotify mobile app first, but now you can do this directly from your Mac via Spotify Connect.

Starting a Chromecast stream on the desktop app can be done by clicking the Devices Available button on the bottom-right corner of the interface, where Google Cast as well as Spotify Connect-enabled speakers will now appear alongside any Bluetooth or AirPlay devices.

The functionality is available in version 1.1.38 of the Spotify app for Mac, and should delight users who have been asking for it in the Spotify Community forums for years.Tags: Spotify, Chromecast
This article, “Spotify for Mac Can Now Initiate Streams to Chromecast Devices” first appeared on MacRumors.com