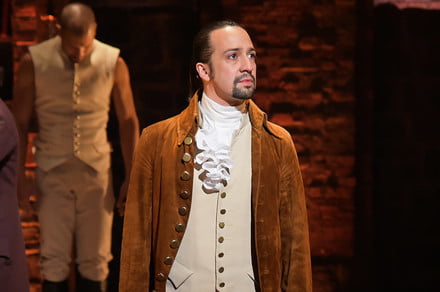 The videos, which also feature Hamilton‘s music producer and orchestrator Alex Lacamoire, revealed the inspiration behind some of the songs in the musical. Miranda also looks back to the first audition of Renee Elise Goldsberry for the role of Angelica Schuyler, which she nailed despite only getting the material for Satisfied the night before.

“Renee blew us all away. She raps at the speed of thought, she sings gorgeously, and she was Angelica Schuyler from that moment on,” said Miranda, who described Satisfied as the hardest song in the show.

Spotify users may access the videos within the Best of Hamilton playlist, though they are only viewable on the platform’s mobile app.

Hamilton arrived on Disney+ nearly a year and a half ahead of schedule as a live stage production recording of the musical. The show, which revolves around the life of founding father Alexander Hamilton, has been massively successful since it launched on Broadway in 2015.

Disney+, which exclusively streams Hamilton online, requires a subscription fee of $7 per month or $70 per year.