Home Software Should you or shouldn’t you force quit iOS apps?
Software 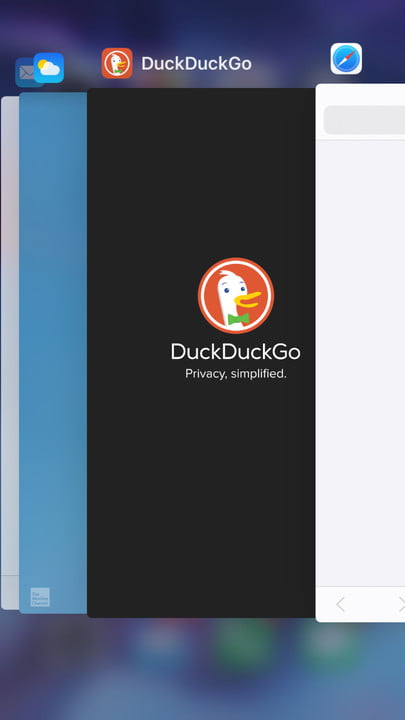 Back in the day — and even now, for many people — it was common practice for iOS users to force quit apps they were finished using. The idea is that open apps consume battery power because they run or refresh in the background and operate more or less on a continuous basis. That might sound sensible, but there’s a problem with this analysis — according to Apple, it’s not true.

Craig Federighi, Apple’s senior vice president of software engineering, was asked specifically if he force quits apps and if force quitting salvages battery life. The 9to5Mac site quoted his response: No and no. According to Apple’s support page, you should manually close or force quit apps only when they malfunction or are unresponsive. Should that happen, here’s what to do.

You never have to close all your apps because iOS itself handles memory and battery allocation and background actions without manual intervention. Recently used apps may appear, but they are not open in the conventional sense. Rather, they are held in standby mode until you need them, so you don’t have to go through the trouble of relaunching them. The apps that appear in the switcher are not actually running, are not using RAM, and are not using processor cycles. It is simply a history of the apps you have used in the past — analogous to the Mac’s Recent Items menu.

For an errant app that’s not behaving, you should definitely force quit it. Even better, if you find your phone or tablet is inexplicably slowing down and you suspect it’s because a single app is causing problems, instead of force quitting, simply power off the device and restart the system. That may seem more radical, but it is the most likely action that will give you the improved performance you seek. Don’t make a habit of it unless you’ve got plenty of time on your hands, though. Restarting an iPhone or iPad can take up to a minute.

Most apps play nicely with your device when delegated to the background by essentially freezing and thus freeing up resources. The best way to determine what apps are consuming battery resources is to go to Settings > Battery > Battery Usage. You can also go to Settings > General > Background App Refresh and choose which apps get permission to relaunch. If you force quit one of these apps, though, it may not get permission to relaunch.

The operating system devotes the majority of system resources to the app you are currently running and perhaps a couple of others that you used most recently, so if you return shortly, your device does not have to expend resources to relaunch. Force quitting defeats that conservation purpose by preventing iOS from lowering CPU and memory usage, because a fresh launch consumes more power.

When you move out of an app, iOS takes a snapshot of the app’s state and the operation you’re performing within the app. That snapshot gets saved to the device’s storage, which takes up a minuscule amount of memory. Then, the OS closes the app. When you tap it again, the app reopens to exactly where you left it. Swiping to close it deletes that saved state and purges the app’s code from the device’s RAM, which also uses processor cycles and will drain the battery if you do it habitually. Force quitting requires the device to reload the app the next time you launch it, so for frequently used apps, force quitting and relaunching are detrimental.

Not quitting apps also saves you the time of hunting them down for relaunch, especially if they reside in nested folders. Relaunching them from the app switcher is much faster since apps should be easier to find.

Old habits die hard, but letting iOS or iPadOS do its job by regulating your device’s memory and battery resources should be a no-brainer.

What is VoLTE, and should I even care about it?VoLTE, or Voice over LTE, is how our phones and carriers
Read more