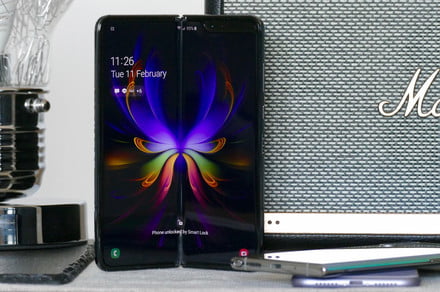 Samsung is apparently set to unveil its next foldable smartphone in its upcoming Unpacked event on August 5.

The Galaxy Fold successor, which will reportedly be named the Galaxy Z Fold 2 after being categorized into the Galaxy Z group, will likely be among the devices that Samsung has prepared for the livestreamed showcase, as teased through a short clip posted on its Twitter accounts.

While the tweets do not specifically mention the Galaxy Z Fold 2, the mention of “fold” in the text is likely enough to confirm that the device will be at the upcoming event. In addition, the butterfly-shaped image in the video is a strong call-back to the Galaxy Fold — Samsung used a butterfly to depict its foldable screen. The image in the clip also appears to be in the Mystic Bronze color option that was first seen in a leaked render of the Galaxy Note 20.

The Galaxy Z Fold 2 is now all but confirmed to be part of the Unpacked event on August 5, where Samsung is also expected to unveil the Galaxy Note 20 and the Galaxy Watch 3. The Galaxy Fold Lite, a cheaper version of Samsung’s folding smartphone with a $900 price tag, was reportedly supposed to also appear, but the device was postponed to 2021.

The Galaxy Z Fold 2 is expected to cost a bit less than its $2,000 predecessor, possibly at $1,800, with rumors also suggesting that it will come in more color options such as Martian Green and Astro Blue. The foldable smartphone is also expected to be lighter than the Galaxy Fold, despite a rumored larger display of 7.7 inches.