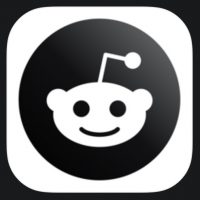 The Reddit app has become the latest iOS app to be caught clipboard snooping, or accessing the contents of devices’ clipboards without user permission.

“We tracked this down to a codepath in the post composer that checks for URLs in the pasteboard and then suggests a post title based on the text contents of the URL,” a Reddit spokesperson told The Verge. “We do not store or send the pasteboard contents. We removed this code and are releasing the fix on July 14th.”

Several popular third-party apps have been called out for surreptitiously copying the clipboard, thanks to a feature in iOS 14 beta that alerts users when apps attempt to do so. Apps that have been caught reading user clipboards for no discernible reason include LinkedIn, TikTok, Twitter, Starbucks, Overstock, and more.

LinkedIn said the clipboard copying behavior of its app is a bug and a fix is in the works. TikTok claimed the clipboard access was used as fraud detection to identify “repetitive, spammy behavior,” and subsequently released an iOS update to remove it.

Seeing the notification come up just as much. pic.twitter.com/nzbElmRG2a

Ahead of the release of ‌‌iOS 14‌‌ beta, two developers issued a report alerting users that ‌iPhone‌ and iPad apps were accessing clipboard content behind the scenes. Apple’s new ‌‌iOS 14‌‌ feature may have been added in response, as there’s no longer a way for apps to quietly read the clipboard without users being alerted to the fact.

Until ‌iOS 14‌ is released to the public, users who are concerned about clipboard snooping are advised to overwrite their clipboard’s contents after they’ve used it to paste sensitive information like passwords, credit cards, bank account information, crypto keys, and so on. This can be done simply by highlighting a word on any web page or in any app and selecting “Copy” in the pop-up menu.
Related Roundups: iOS 14, iPadOS 14Tag: Reddit
This article, “Reddit to Release Fix for iOS App to Remove Clipboard Copying Behavior” first appeared on MacRumors.com