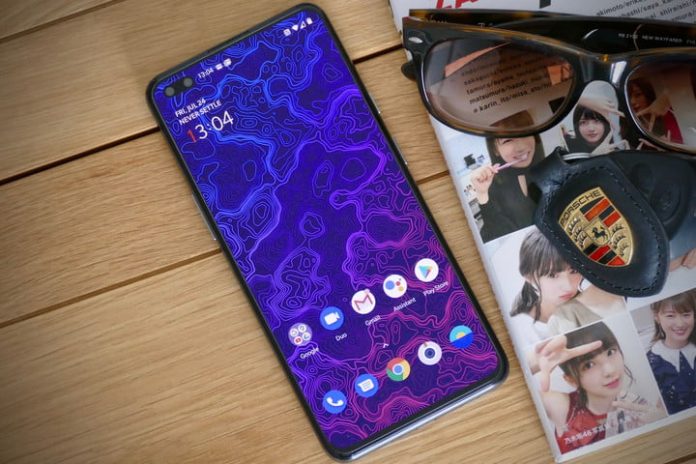 OnePlus hasn’t launched a phone with a midrange price in some time, but the flagship killer is going back to its lower-priced roots with the OnePlus Nord. OnePlus’s new phone starts at an extremely competitive 379 British pounds (about $480), and while it doesn’t have the flagship specs of its beefier brethren, the Nord is still a powerful addition to OnePlus’ roster and a great midrange phone to boot.

There’s some serious competition in this space, and the Google Pixel 3a XL is one of those. How does OnePlus’ new phone stack up against a seasoned contender like the Pixel, and which is best for you? We took a look to find out.

The OnePlus Nord doesn’t have the most unique design, but it certainly has the Google Pixel 3a XL beat. The Nord is sleek and extremely modern, with a punch hole bezel-less display and Gorilla Glass laid over a plastic frame. By contrast, the Pixel 3a XL looks like a phone from more than a few years ago, with relatively chunky bezels above and below the display. That more modern approach is reflected in screen tech, too. While they’re both good-looking OLED panels, the Nord’s 90HZ refresh rate means the OnePlus phone feels smoother and more responsive.

There’s no water-resistance on either phone, but the Pixel does gain an edge with its plastic build. While the Nord has a plastic frame, the Gorilla Glass over the top is more likely to fracture and shatter — something the Pixel won’t have a problem with. Still, despite this small victory, it’s clear the Pixel 3a XL loses out to the OnePlus Nord in this round.

These phones might not be running top-of-the-line specs, but they’re no slouches. Both the Pixel and the Nord are running solid midrange processors, and you shouldn’t have any performance issues with either — though switching to more intensive games may cause a bit of slowdown. The OnePlus Nord has the edge in pure power, but you’re unlikely to notice it in real-life use. What you will notice is the lack of storage on the Pixel 3a XL — 64GB isn’t really enough these days, and the lack of a MicroSD slot makes the problem even worse. The Nord also lacks a MicroSD slot but makes up for it with storage options up to 256GB.

Battery life is great on both phones. The Pixel 3a XL lasted a full day with a quarter left in the tank by 11.30 p.m., whereas the OnePlus Nord goes even further, with two-day battery life with medium use. Charging speeds are excellent, but again, the Nord has an edge with its super-speedy 30W fast charging that can refill from empty to 70% in just 30 minutes. The Pixel 3a XL has fast 18W charging, but it’s still outclassed by the Nord.

The OnePlus Nord has an impressive quad-lens rear camera, and you might expect it to trounce the Pixel 3a XL’s single rear lens, but the story isn’t that simple. The Nord is equipped with a 48MP main lens, 8MP ultra-wide camera, a 5MP depth sensor, and a 2MP macro sensor — an impressive array for a midrange phone. Unfortunately, it lacks a certain amount of polish, and we found the camera experience underwhelming. While the Pixel 3a XL has only one 12MP lens, it’s the same great lens and software from the amazing Pixel 3 — a phone that spent some time on top of our list of the best camera phones.

The OnePlus Nord does come with support for recording 4K video at 60 fps — compared to the Pixel’s 4K at 30 fps — but unless you want your phone’s storage crammed full of giant video files, still images may be more important for most people. The Pixel takes this round.

There are a couple of different flavors of Android here, and like ice cream, it’s a personal choice as to which you prefer. The Pixel runs close to stock Android 10, with a few Pixel-exclusive additions thrown in for good measure. The Nord also runs Android 10, but it’s hidden beneath OnePlus’ OxygenOS skin. It’s one of our favorite manufacturer skins, and it runs as silky-smooth as Android on the Pixel.

OnePlus is pretty snappy where updates are concerned, and OnePlus has promised two years of Android updates and three of security updates. This would secure OnePlus the win against most other Android manufacturers, but Google isn’t just any manufacturer, and the Android owner is always going to be the fastest at updating its own phones. A Pixel phone is almost always going to get day-one updates from Google, and you’re looking at two years of Android updates at the very least. Google just can’t be beat where Android is concerned, and the Pixel 3a XL has its backing.

You’ve no shortage of special features no matter which phone you buy. OnePlus has expanded its repertoire of features in the last few years, and the Nord comes with the attention-focusing Zen mode, a dedicated Fnatic gaming mode to boost performance, and an in-display fingerprint scanner. The Pixel has exceptionally close ties with the Google Assistant, the new AR mode in Google Maps, and all of Google’s latest toys and features. But it’s the 5G support that really swings this OnePlus’ way, and while 5G continues to only be available in certain areas, its inclusion helps to future-proof the OnePlus phone.

The OnePlus Nord will be available in the U.K. on August 4 from OnePlus, Amazon, Three, and John Lewis stores, with prices starting at 379 British pounds (about $480). OnePlus has stated it isn’t looking to introduce the phone into the U.S., outside of a very limited beta program, but it has said it will be making a U.S.-focused phone with a reasonable price in the future. The Google Pixel 3a XL is currently available, and prices start at $479.

With strong specs, a two-day battery life, and some gorgeous good looks, the OnePlus Nord is the deserving winner of this showdown. At just $480, it’s a bargain, and one that’s likely to last you a while, too. But it’s not a runaway winner, and the Google Pixel 3a XL still has plenty to recommend. It’s still powerful, with great battery life, and — crucially for some — the midrange camera system to beat. If you prize a great camera over everything else, then go for the Pixel 3a XL.

Of course, there’s also the matter of availability. You’ll have to import a Nord to get it in the U.S., and that’s a pain to arrange and wait for. In that case, the Pixel 3a XL is a great alternate — but there are other phones to consider, too. If you’re happy to jump to a different OS, then it’s hard to turn down the $400 iPhone SE (2020). Within the confines of Android, the Xiaomi Poco F2 Pro and Motorola Edge are great $500 options, while Samsung’s Galaxy A51 offers midrange value for just $400.