Home News OnePlus Nord vs. OnePlus 8: Getting the best bang for your buck
News

OnePlus Nord vs. OnePlus 8: Getting the best bang for your buck 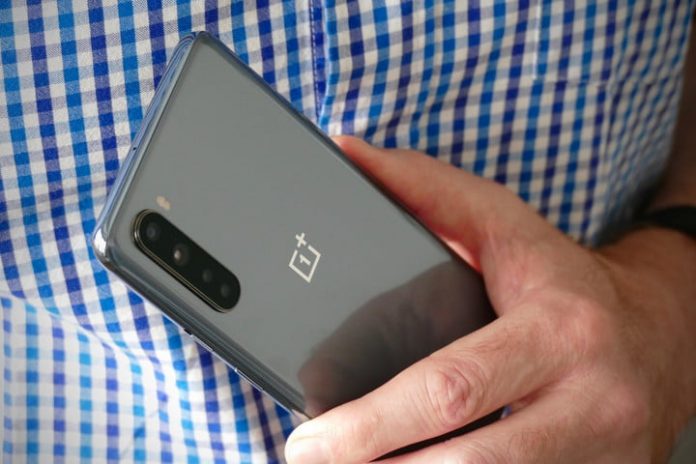 With the OnePlus Nord now on the market, the Chinese company seems to be returning to its roots by offering a budget-friendly device with flagship specs. It isn’t a flagship killer like OnePlus phones of old, but it is still a reasonable option for those looking to upgrade. What do you lose in the trade-off, though? Below, we compare the OnePlus Nord to the OnePlus 8 — the entry-level phone in OnePlus’ premium lineup. Is the budget option all you need or are the OnePlus 8’s extra features worth the extra $200?

At first glance, the Nord and OnePlus 8 appear very similar. That’s intentional, and it shows that OnePlus strove to cut corners in all the right places with the Nord. The OnePlus 8 has a 6.55-inch display compared to the Nord’s 6.44-inch one, but both are AMOLED with a 90Hz refresh rate, so users get a premium screen regardless. They both also have Gorilla Glass 5 on the front and back. That gives the Nord a more premium feel in the hand, though the decision is ultimately pointless since the Nord doesn’t support wireless charging.

Really, the biggest difference between the two is the build material. The OnePlus 8’s frame is aluminum, whereas the Nord’s is plastic. That doesn’t take away from the Nord’s premium feel, though it does make it a little more prone to dents from drops. The Nord also doesn’t have an IP rating, whereas the OnePlus 8 is rated at IP68 — which makes it dust- and water-resistant. However, the Nord should still be safe to use in rain or similar conditions. Just keep it away from the pool, and you should be fine.

All things considered, there isn’t that much of a difference between the two on the design end. The OnePlus 8 comes in more colors, whereas the Nord only comes in two. However, the overall look and feel of the two phones are nearly identical, with the OnePlus 8 standing out because of its marginally larger display.

Specs and performance are where these two phones truly begin to diverge. The OnePlus 8 rocks the latest Snapdragon 865. That’s the most powerful processor currently available, which makes it great for heavy-duty tasks and playing games with intense graphics. The OnePlus Nord comes with the Snapdragon 765G. In terms of performance, it’s notably weaker than the 865. This is most apparent while playing games, so we recommend turning graphics settings down. However, in day to day use, normal users likely won’t notice a difference between the two.

Battery life would be expected to be similar between the two phones, but the Nord actually pulls ahead in this department. In our tests, the Nord lasted for about two days on a full charge, compared to one day on the OnePlus 8. This comes even with the OnePlus 8 having a larger 4,300mAh battery, as opposed to the Nord’s 4115mAh battery. Both phones support OnePlus’ Warp Charging. That means both phones can get about 70% battery in 30 minutes of charging. However, the Nord does not support wireless charging, whereas the OnePlus 8 does.

Both phones have a unique charging feature. If you put your phone on the charger at night — like most people — the phones will learn roughly what time you wake up and leave your phone at 80% until an hour before that time. This is supposed to help with the battery’s longevity, as leaving it on the charger at 100% can damage its long-term reliability.

The OnePlus Nord has a stronger battery life — probably thanks to the lower-powered hardware — but we think the faster flagship hardware and wireless charging of the OnePlus 8 give it an edge in this matchup.

Camera setups are a place where OnePlus has consistently fumbled over the years, and that is largely still the case with these two phones. The OnePlus 8 is notably better than previous models, thanks to a 48MP main shooter, 16MP ultra-wide, and 2MP macro camera. On the front, you will find a 16MP selfie camera. In our review, we noted it takes very pleasant photos, but it doesn’t deliver the same knockout results of other flagship devices. However, OnePlus’ software has significantly improved, which has often been the Achilles’ heel of OnePlus devices. The biggest weakness on the OnePlus 8 is the night mode, which is lacking compared to its competitors and its more premium cousin, the OnePlus 8 Pro.

A solid image captured on the OnePlus 8. Andy Boxall/DigitalTrends.com

The camera improvements do not translate to the OnePlus Nord. On paper, it looks good, with a 48MP main shooter, an 8MP ultra-wide lens, a 5MP depth sensor, and a 2MP macro camera. On the front, you will find two selfie cameras, the same 16MP selfie camera as the 8, as well as an 8MP ultra-wide selfie camera. Despite these similarities, the Nord has notably lower quality in its pictures. HDR isn’t as robust, the macro lens doesn’t focus well, and shots are often underexposed. In our review, we noted how the camera’s weaknesses are most apparent in overcast scenarios, where clouds seem ”oppressive and unnatural.” The selfie camera also lacks compared to the OnePlus 8, especially in regard to edge detection while using portrait mode.

An example of the OnePlus Nord’s “oppressive” image of clouds. Andy Boxall/Digital Trends

Despite their similarities in camera specs, the OnePlus 8 is notably better than the Nord. It is, by far, one of the biggest differences between the two phones.

Both phones run the latest version of OxygenOS, OnePlus’ manufacturer skin. It’s one of the best Android skins available and is in many ways on par with the vanilla version of the OS. Gestures work well on both devices, and both include the same customization options available on OxygenOS.

Both phones will also get consistent updates. OnePlus has always been good about delivering regular security updates, and both phones are intended to upgrade to Android 11. However, when that will happen remains to be seen — though OnePlus tends to be quite snappy. This is a tie, as they both use the same software and will probably get a similar amount of updates.

The phones are notably similar, and both contain some features unique to OnePlus. Both have a fingerprint sensor built into the display, and both of them work surprisingly well. The sensor quickly and accurately reads fingerprints. Whether or not it is better than facial recognition is likely up to user preference.

Both phones also have a notification alert slider on the side. The slider has three modes: Ring, vibrate, and silent. It’s a great feature for quickly adjusting how notifications reach you without waking up the phone.

Aside from the cameras and the processors, price and availability are the real difference between the Nord and the OnePlus 8. The OnePlus 8 is available in all major markets and can be purchased online or through carrier partners. However, the Nord will only be available in India and Europe. That’s a disappointment for U.S. fans who were hoping for a budget OnePlus option. However, the company has said it intends to make a budget device for the U.S. market, though when we will see that remains to be seen.

Alright, it’s pretty clear the OnePlus 8 is going to be the more powerful and premium of the two. After all, it’s a higher price, so you expect more for your money. The answer to this question is a little more complicated than it seems, though.

Which one you should buy is, firstly, dependent on whether or not the OnePlus Nord is even available to you. If you live in the U.K. or India, the Nord supplies all the features you need to have a flagship experience at a budget price. The OnePlus 8 may have better specs, but it also doesn’t stand up to the competition in similar price ranges. If you’re looking to save money, we say go with the Nord. However, if you want to maximize your gaming experience or take better photos, splurging a bit more on the OnePlus 8 will be worthwhile.

PC VR at its best — without the wires.What you need to knowVirtual Desktop allows PC VR games to be
Read more

Everything we know so far about the next PSVR

Sony looks to be stepping it up in a big way for a new generation with the PSVR 2.Jump to:Will
Read more

Watch Disney+ even when you’re apart with GroupWatch

After being tested in Canada, GroupWatch will now let up to 7 Disney+ subscribers watch the same movie or show
Read more

Let bonus items be granted so the inventory will be mended.What you need to knowThere's a Digital Deluxe edition of
Read more