My Android phone as a car key? Yes please! 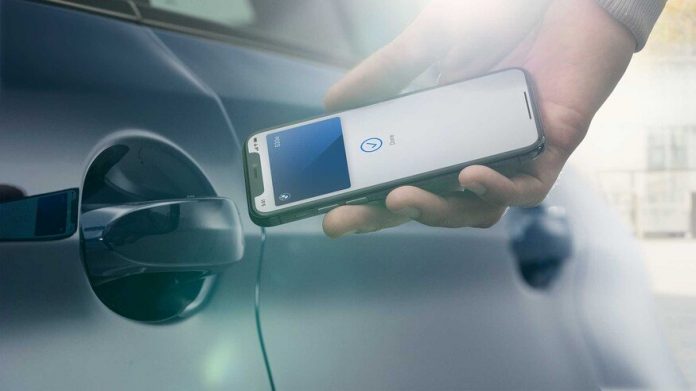 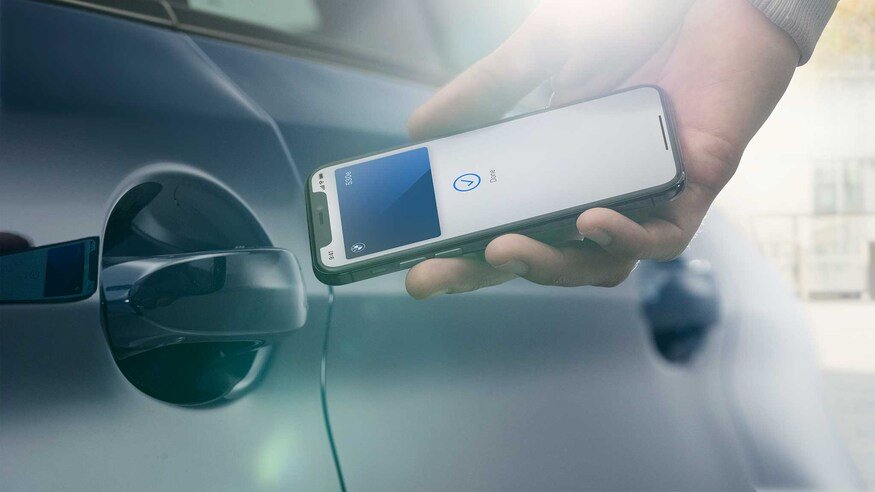 Apple recently announced something at its WWDC live stream conference that really caught my eye. No, not those things that Android has had for years like better home screen management and widgets. As a matter of fact, it was the concept of digital car keys.

I’ve been on a crusade lately to find a great organizer for my keys. There’s something about what Apple has going that gets me thinking that this could be the final step to my pocket euphoria.

The new partnership between Apple and car manufacturers will allow users to unlock or start their vehicle via Near Field Communication, or NFC. If this sounds familiar, it’s because the technology has been around for a while now. It’s used for beaming files from one phone to another or for tap-to-pay at checkouts.

From the looks of it, this will work almost identically to how wireless payments are processed. Cars will have a receiver built into the door handle to unlock the car and another one in the dash area to allow for ignition.

It’s not necessarily a new idea as companies like Hyundai, BMW, and Tesla have offered this with proprietary apps. What makes this different is that Apple bakes it directly into the operating system. No app to download, open, or learn; just Apple Wallet.

I sincerely hope that Google is working on a similar development path. I would love to have my next car have the ability to be locked, unlocked, and started by my Pixel.

As we move towards a world without a physical wallet or at least one where we’re less dependent on one, digital car security seems like a natural progression.

Google has a great working relationship and blueprints with car OEMs to follow with Carplay and Android Auto. Much like BMW will be Apple’s first, premium carmakers were the first to adopt pluggable infotainment like Android Auto. Google can take these baby steps with high-end cars to hone this new feature and morph it into a standard feature for all vehicles.

Google can also partner with manufacturers that are always looking at technology as an advantage no matter the sticker price of the car. Hyundai and Kia specifically have in-house app solutions with similar features and were also early adopters of Android Auto in the US. I could easily see both brands interested in a feature like this as a unique and compelling selling factor over its (much) more expensive rivals.

As we see in all forms of emerging tech, especially those around mobile devices, security measures, and extra precaution will be paramount. Similar to self-driving cars and other areas where we hand permission over to technology, we’ll have to move at a deliberate and measured pace.

With that said, Google has plenty of experience in the area of security. I’m sure face unlock and the new Titan chips for Pixels can both be leveraged. Apple has a quick feature turned on by default but face unlock can be turned on for added assurance in the settings.

With all that said, I can’t wait to see this as an option for Android. I long for the days for fewer things to carry when leaving the house. An encrypted digital device that never leaves my hands seems like the right place for them to land.

I can already unlock my house, set my alarm, and check my wifi network all from remote locations. Why wouldn’t being able to start and unlock my car on the go be the next frontier?

What about the rest of you out there? Do you hope this is in the next version of Android? Do you trust the concept enough to consider leaving a physical key behind?  Let us know in the comments.

Upgrade Your Home Security With 70% off This Smart Outdoor Camera

When you're not at home, it's good to know who is snooping around your front drive. With motion detection and
Read more

Whether you want to find a job or build an online empire, learning to code is a smart move. The Interactive
Read more