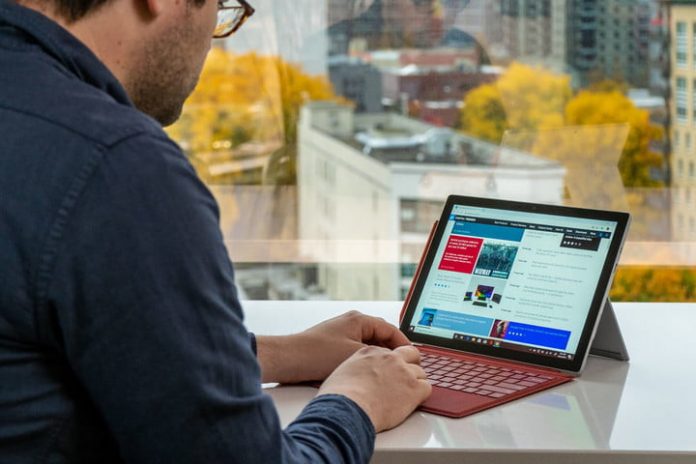 If you’re in the market for a 2-in-1 and you’re particularly enamored of Microsoft’s Surface line, you have several outstanding choices. The Surface Go 2 rounds out the bottom end and the the 15-inch Surface Book 3 marks the high end. But in the middle, where most people are shopping, things get murky.

The Surface Pro 7, and the Surface Book 3 13 are a bit more equally matched. They are different sizes and take different approaches to making a laptop work as a tablet, so the choice between them can still be confusing. Which better suits your needs? Here’s everything you need to know.

Both the Surface Pro 7 and Surface Book 3 are well-built laptops — among the best you can buy. They rival the MacBook line for fit and finish, and they’re robust with their magnesium chassis and brilliant engineering. They’re also great-looking devices with their simple and elegant, yet modern, silver aesthetic that identifies them as members of the same family.

But they’re also quite different, with the Surface Pro 7 being a detachable tablet and the Surface Book 3 13 being a hybrid laptop with a tear-off display that houses most of the laptop’s components. Only the discrete GPU, if so equipped, is in the keyboard base, along with a bunch of battery capacity. You can accomplish the same things with each laptop, that is, churn through your productivity and media consumption tasks with abandon, but you’ll be doing it differently. The Surface Pro 7 is excellent as a tablet thanks to its robust kickstand that opens up to 135 degrees and almost lays flat, but its snap-on keyboard doesn’t provide the most stability when it’s in a lap.

The Surface Book 3 is the opposite — it works well in a lap and functions as an excellent clamshell machine, but its tablet has a real limitation. It’s thin and light enough for comfortable use, but there’s no kickstand to hold it upright on a surface. It also only has around 3 hours of battery life. Therefore, which is preferable depends on whether you want a tablet that can serve as a laptop in a pinch (the Surface Pro 7) or a laptop that can double as a tablet on occasion (the Surface Book 3).

Both laptops enjoy outstanding displays in the productivity- and tablet-friendly 3:2 aspect ratio. The Surface Pro 7 boasts a 12.3-inch IPS display with 2,736 x 1,824 resolution (267 PPI, or pixels per inch), excellent contrast and brightness, and average color depth and accuracy.

The Surface Book 3 has roughly the same general display quality and aspect ratio while coming in at 13.5 inches and 3,000 x 2,000 (also 267 PPI). Both displays use Microsoft’s PixelSense technology that makes them as thin as possible while also being some of the most responsive touch displays around. They both also support the excellent Surface Pen with 4,096 levels of pressure sensitivity and tilt support. You can’t go wrong with either display, so it just comes down to which size you prefer.

The keyboards represent a nontrivial point of departure, with the Surface Book 3 13 enjoying one of the best keyboards around — it has tons of travel and a precise mechanism that’s also quiet. Compare that to the Surface Pro 7’s Type Cover that props up at an angle but still has a bit of spring to it, while also enjoying some decent travel and a snappy feel.

The GPU options are the major performance difference. The Surface Pro 7 maxes out at integrated Intel Iris Plus graphics, while the Surface Book 3 offers up to an Nvidia GeForce GTX 1650 Max-Q. That makes the Surface Book 3 significantly faster for creative apps that can take advantage of the GPU, and it can also perform light gaming duties.

The Surface Book 3 is significantly larger and heavier than the Surface Pro 7, primarily because of the former’s design, which uses thicker bezels and a fulcrum hinge that extends the laptop in depth to account for the heavier display. The Surface Pro 7 is 0.33 inches thick as a tablet, with the Type Cover attachment making it roughly twice as thick. The tablet alone weighs 1.74 pounds, and of course, the Type Cover adds a bit of weight.

The Surface Book 3 is the better laptop, the Surface Pro 7 the superior tablet

Clearly, the Surface Book 3 is the more expensive machine. The option for a discrete GPU is significan,t though, and makes it the better option for those who need extra performance or want to do some gaming on the side. Meanwhile, if extreme portability and tablet usage are your primary concerns, the Surface Pro 7 is the clear choice.

Online gaming has become one of the most popular activities in groups of all ages, but what does the digital gaming world...
Read more
News

The Power of Good Communication Communication is the process of passing information from one person to another and vice...
Read more
News

The Power of Good Communication Communication is the process of passing information from one person to another and vice...
Read more