Microsoft Surface Duo goes into production, could ship by August 24 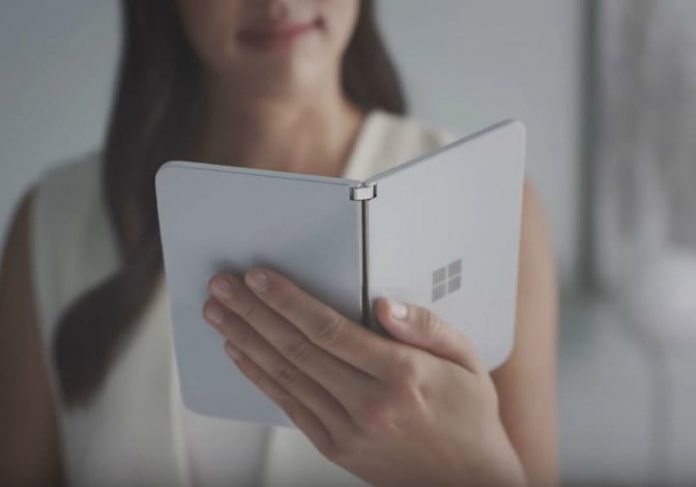 The Surface Duo release could now just be around the corner. The much anticipated dual-screen Microsoft smartphone has apparently entered production and will begin shipping to customers the week of August 24, according to a tweet Windows Central’s Zac Bowden,

Since the Duo is now entering production, this means release should now be less than a month away. Pre-order pages have yet to go live, of course, and this has not been confirmed by Microsoft as of yet. However, this timing does appear to fall in line with previous rumors which indicated the device would be coming well ahead of the original holiday 2020 launch.

The news also comes just a week after the device passed through testing with the Federal Communications Commission in the United States.

Even if the Duo is one month away, there is still plenty of mystery around the device. Microsoft has not yet discussed the pricing or official specifications for the device.

Rumors indicate that the Surface Duo will be powered by the Snapdragon 855 processor. It is also said that the Duo will come with AMOLED screens, with a resolution of 1,800 x 1,350 on each panel. The battery inside, meanwhile, is said to be rated at 3,460mAh.

As for the camera, Microsoft hasn’t said much, either. The Duo is rumored to be sporting an 11-megapixel front camera with a 2.0 aperture, and a front-facing flash. There is no rear camera onboard. Storage will come in at either 64, 128, or 256GB, with RAM coming in at 6GB stock.

Powered by Google’s Android 10 mobile operating system, the company says that it’s worked with developers to ensure that apps work well on the device. Microsoft even tuned their own stock apps to work well on the Duo, supporting the two-pane modes and other dual-screen functionality.

Many company executives have been spotted promoting the Duo on social media, showing how it fits into their daily lives. This includes the visionary of the device, Panos Panay, as well as Joe Belfiore, who heads the Essential Products Group at Microsoft.

The Surface Duo was originally intended for a holiday 2020 launch alongside the Surface Neo dual-screen PC, but with the Neo delayed until at least 2022, Microsoft now appears to have pushed the Duo ahead first.

Spotify Wrapped: How to see your top songs and music for 2020

Spotify Wrapped 2020 is here, the annual tradition that gives us an insight into all the wild and weird stuff we've been streaming into our heads this year. Here's how to check it out!
Read more

NordVPN may be one of the best VPN services for you to use, here’s why

Sony hasn't shared when the PS5 is coming to India, and that needs to change right now.The PlayStation 5 debuted
Read more

As 2020 comes to a close, Apple has been sharing top lists for podcasts, the App Store, and now, Apple
Read more