Home News Microsoft has given us no reason to believe the Surface Duo will...
News 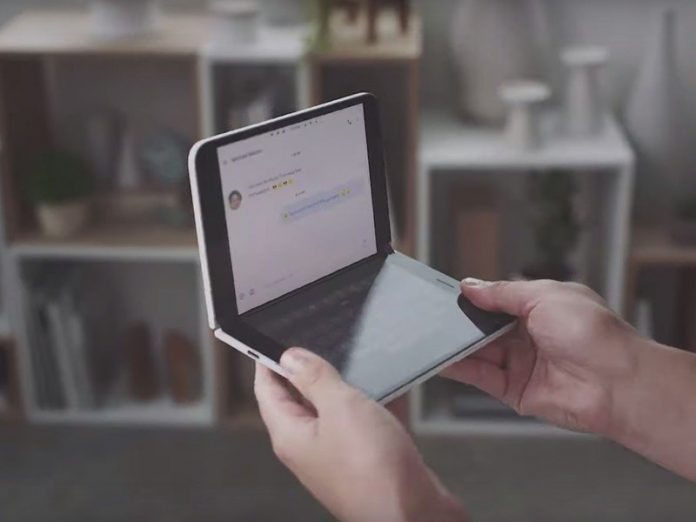 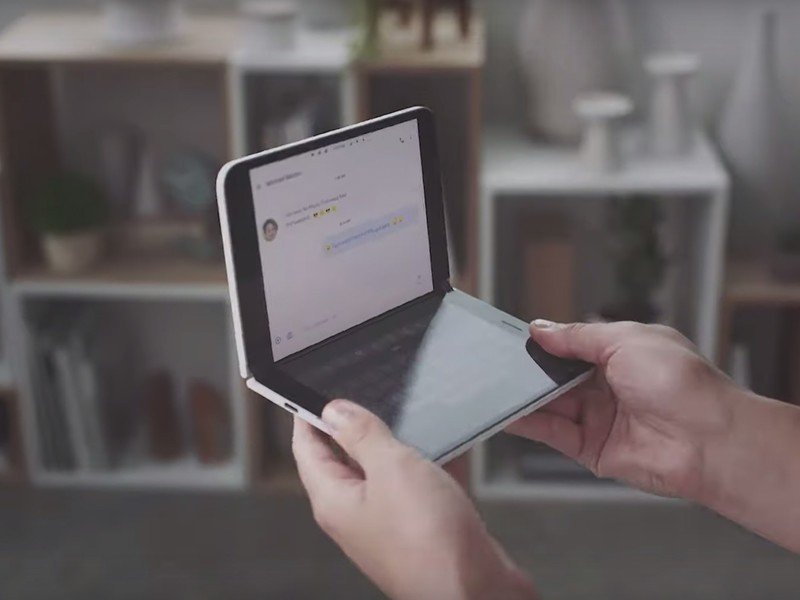 It’s really hard to make a great Android that competes in 2020, and Microsoft has a lot to learn.

If you stay in your Android lane and don’t pay too close attention to what Microsoft is up to, you probably forgot the company’s first Android, the Surface Duo, is set to debut soon. That’s probably because it was announced over 9 months ago, with a yet-to-be-determined launch date in late 2020, and there hasn’t exactly been much fanfare outside of Microsoft circles.

The lack of anticipation and excitement around the Surface Duo will probably work out in Microsoft’s favor, though, because there is very little reason to believe it will actually be a good product. It’s incredibly hard to make a great Android phone, or tablet, or whatever Microsoft wants to call the Duo. Nonetheless, it’s going to compete with high-end phones, and be judged as such, and Microsoft doesn’t have a track record of making good phones, or knowing what consumers expect when they spend $1000+ on one.

From what we know now, Microsoft will have the advantage of launching something that looks new and exciting, and that’s it. And as we’ve seen time and time again in the Android world, it’s not enough to just have a cool form factor — you must get the basics right, or none of the rest matters. And so far, I’m nowhere near convinced that it has gotten those basics right, or has the proper foundation to launch a successful mobile product. 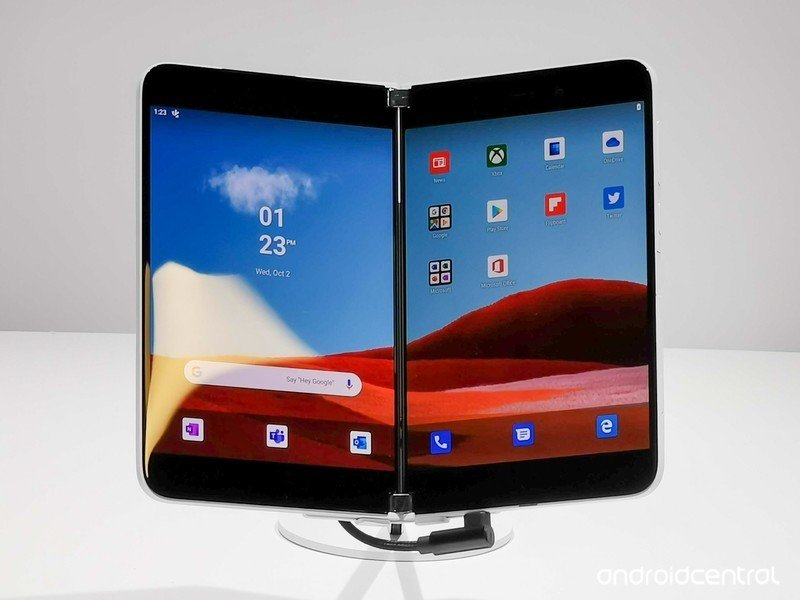 It was a considerable surprise to me to hear that up to this point, Microsoft has been using a third-party software development company to work on the Android operating system build that will be running the Surface Duo. Given that this is its first Android device, the fact that it worked with an outside company to get up and running isn’t that surprising. And that it’s now bringing all of those employees in-house to work on Android devices at Microsoft is a big vote of confidence in the Duo’s future — and the future of other Android-powered Surfaces.

Zac Bowden, writing on Windows Central, points out the immediate benefits: “With the OS team in-house, Microsoft itself will handle post-launch software updates for Surface Duo that will add new features and experiences over time. This same team will also handle Android OS work for Surface Duo V2, which I’m told is now in early development.”

But to take until now, mere months (or possibly just weeks) before putting the Surface Duo up for sale, to make this move seems odd. Knowing that until just now the entire development of Android on the Surface Duo wasn’t actually being done in-house at Microsoft leads me back down the path of being concerned about just how good this thing will be. It takes a whole lot more time than that to properly adapt a brand new build of Android to a product like the Surface Duo. 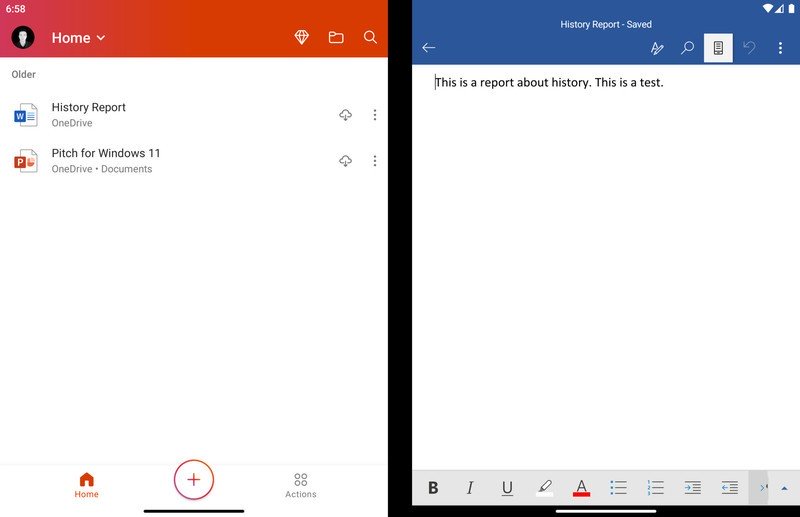 Microsoft has given us a good idea of what apps look like on the dual-screen Surface Duo, and it looks good. The company has clearly put a lot of thought into what app experiences should be like when you have two large displays connected by a hinge; how the apps flow between the two and make use of space. And Microsoft has something like 60 apps in Google Play. But there’s a lot more to the experience of using a phone, or tablet, or whatever Microsoft wants to call the Surface Duo, than designing a handful of apps. You have to customize an entirely new operating system.

Microsoft is facing a really steep learning curve for trying to figure out all of the little quirks, issues and fine-tuning of Android that companies like Samsung, Motorola, LG and OnePlus (among a dozen others) have spent years perfecting. Not to mention the invaluable consumer feedback and market experience they’ve all received. And with all of those years of experience, and dozens of products behind them, even these companies struggle at times.

There’s a steep learning curve for making Android run properly, and with the features we expect.

Extending my worry about this launch is the long lead time making the spec sheet outdated. The latest information we have, from May, points to a Snapdragon 855, 6GB of RAM, 64GB base (256GB optional) storage, a very basic 11MP camera, and just a 3460mAh battery. Of course the Surface Duo’s hardware, from what we’ve seen, looks amazing — and the dual 5.6-inch displays with a unique hinge will steal the spotlight from the specs if everything works as well as hoped. But ultimately this is going to be a late-2020 device with specs that wouldn’t have been the top of the line in late 2019. For a device that’s expected to have a flagship Android price, that’s going to be a tough hurdle to overcome — in the Android world, if you want to charge top dollar, you need to deliver on specs. Just ask Google’s Pixel team.

What are the top parts of the smartphone experience today? In some ranking, it’s performance, software features, battery life and camera. These are the areas that take the most time and expertise to perfect, and Microsoft is launching into a market in 2020 where the expectations are extremely high — again, especially if the price is in the four-figure range as rumored.

The Surface Duo barely has the specs to be competitive, and the software still has to make the most of them.

With a Snapdragon 855 and 6GB of RAM, it ostensibly has enough horsepower … but is its software going to be properly optimized to take advantage of it? Who knows. And I have serious questions about whether a 3460mAh battery — nearly identical to 2018’s Pixel 3 XL — can deliver anything approaching full-day battery life when there are two 5.6-inch 400 ppi displays to run, not to mention on less-efficient Snapdragon 855 and once again without the expertise in software optimization necessary to make Android last longer.

The first camera sample from the Duo, frankly, looks terrible if you know what modern Android cameras offer. With a single 1.12-micron 11MP sensor behind an f/2.0 lens, I’m not at all surprised. And once again, without years of expertise in making camera software, it’s basically impossible for Microsoft to come out of the gate with a great camera on the Surface Duo, no matter the hardware. But much like the overall specs conversation, the camera quality needs to at least be acceptable — because no matter what Microsoft says, the Duo will be compared to high-end smartphones, and the competition has incredible cameras. It’s something everyone demands.

When you’re an early adopter, you’ll put up with a lot — but that logic can only go so far before people give up.

These are all reasons why I argued months ago that Microsoft should’ve made a “normal” Android phone before attempting something as ambitious as the Surface Duo. Obviously Microsoft’s hardware division is filled with highly skilled engineers and has produced excellent products in the Surface line — but stepping into a new category, with a new operating system and new form factor, is an entirely different ballgame. I’m afraid Microsoft will be distracted by making the “Duo” part happen, and leave all of the core parts of the smartphone experience behind — to its detriment.

I can get behind the thought process that when you’re an early adopter of new technology there’s a price you pay in terms of giving up the “nice-to-have” features you’d otherwise get. The Surface Duo will be unique and very intriguing, and just like with foldable phones there will be a lot of people who are willing to give up on some parts of the experience in order to get that new form factor. But that logic only extends so far before people won’t put up with it anymore. The Surface Duo’s hardware can be innovative, and the form factor can be amazing, but if it has outdated specs, bad battery life, a horrible camera and a basic build of Android with few of the features we’ve come to expect, the product won’t have a leg to stand on.

Facebook
Twitter
Pinterest
WhatsApp
Previous articleWith a phone as beautiful as the LG Velvet, you’ll want to get a great case
Next articleHow to cancel your Quibi subscription