It is expected to be the world’s first phone to feature a side pop-up camera. 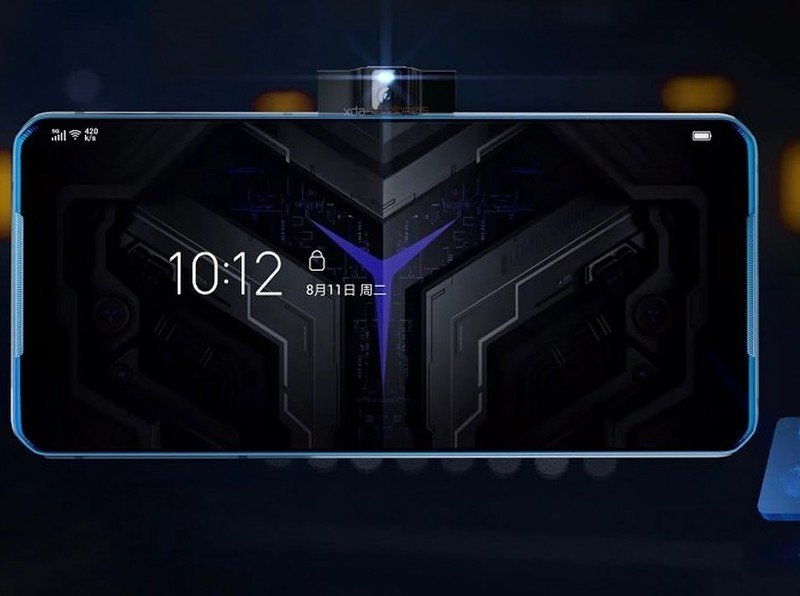 Lenovo today announced on Weibo that it will be unveiling its first flagship gaming smartphone on July 22, hours before ASUS takes the wraps off the ROG Phone 3. The Lenovo Legion gaming phone and ASUS ROG Phone 3 are both going to be powered by Qualcomm’s latest Snapdragon 865+ chipset, which delivers 10% better gaming performance compared to the Snapdragon 865.

As suggested by a leak in May, the Legion gaming phone is expected to have a side pop-up camera and two USB Type-C ports. It is also tipped to feature a 144Hz refresh rate screen, just like the ROG Phone 3. In terms of battery life, however, the Lenovo phone isn’t expected to be as impressive as its rival from ASUS. While the ROG Phone 3 will have an identical 6,000mAh battery as the ROG Phone 2, the Lenovo Legion gaming phone is rumored to pack a 5,000mAh dual-cell battery.

Some of the other rumored specs of the phone include a 64MP + 16MP dual-camera setup at the rear, front-firing stereo speakers, and 90W wired fast charging. On the software front, the Legion gaming phone will ship with Android 10-based “Legion OS” out of the box.

The PS5 is officially out for fans to pick up and play, and as fans continue to try and pick
Read more

From reducing anxiety to improving concentration, meditation has many proven benefits. Omvana helps you experience the positives — and Windows Central readers
Read more

This Cyber Monday don’t forget to get a great Christmas tree stand!

In your rush to find the perfect gift over the Black Friday / Cyber Monday weekend, don't forget about sprucing
Read more