Home News Keep your Moto G Power in working order with one of the...
News 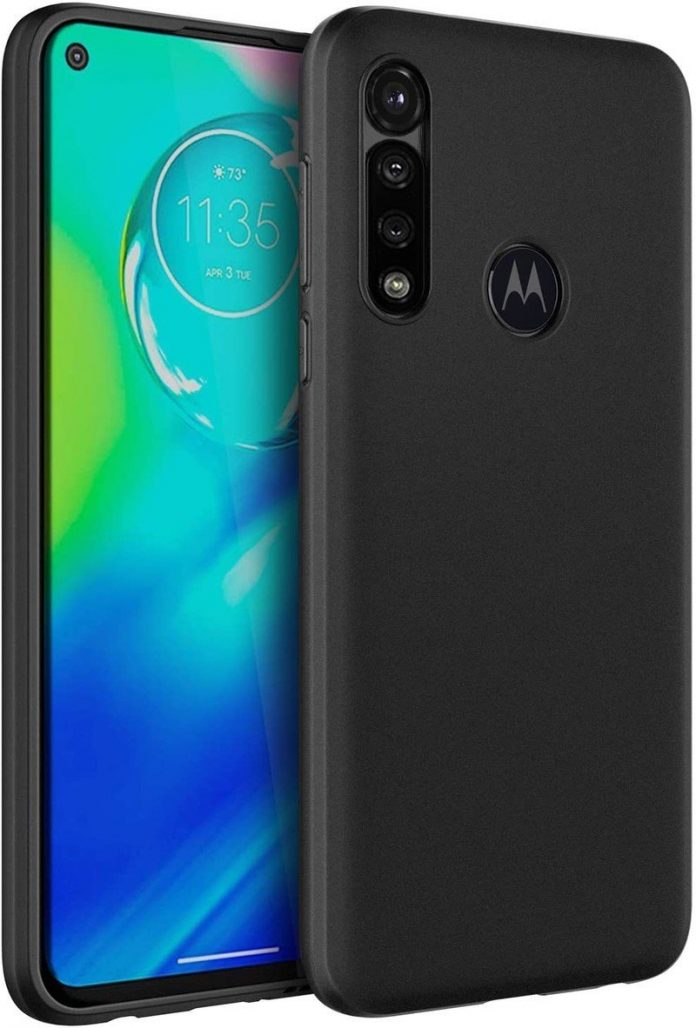 The Moto G Power could have the potential to steal the scene in 2020 with its humongous 5,000mAh battery and triple rear camera system. Plus, with the 3.5mm headphone jack and expandable storage, you get everything you could want in a budget package. You’ll still need to pick up a case to keep the G Power chugging along and here are the best ones you can get.

The UAG Scout Case is great for those who want something that is both rugged while offering a minimal profile. The case comes in just a matte black colorway, but offers a non-slip grip and has a soft inner shell to help protect against drops. 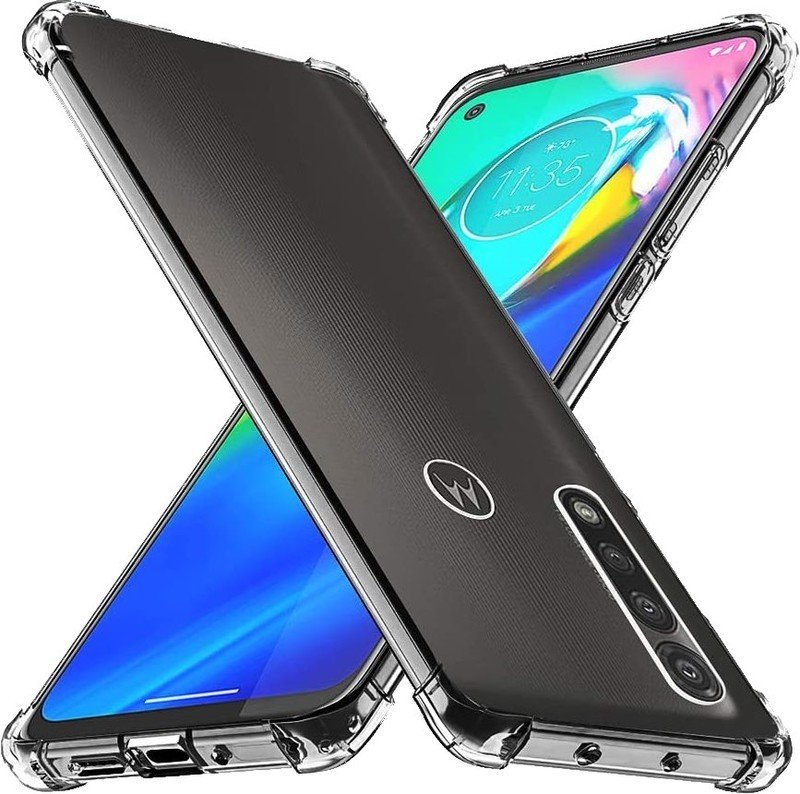 PULEN’s TPU Cover is one of the more basic cases available but is still great for those who want a clear case to show off the new G Power. This case also offers reinforced corners and raised edges around the screen and camera module for added protection. 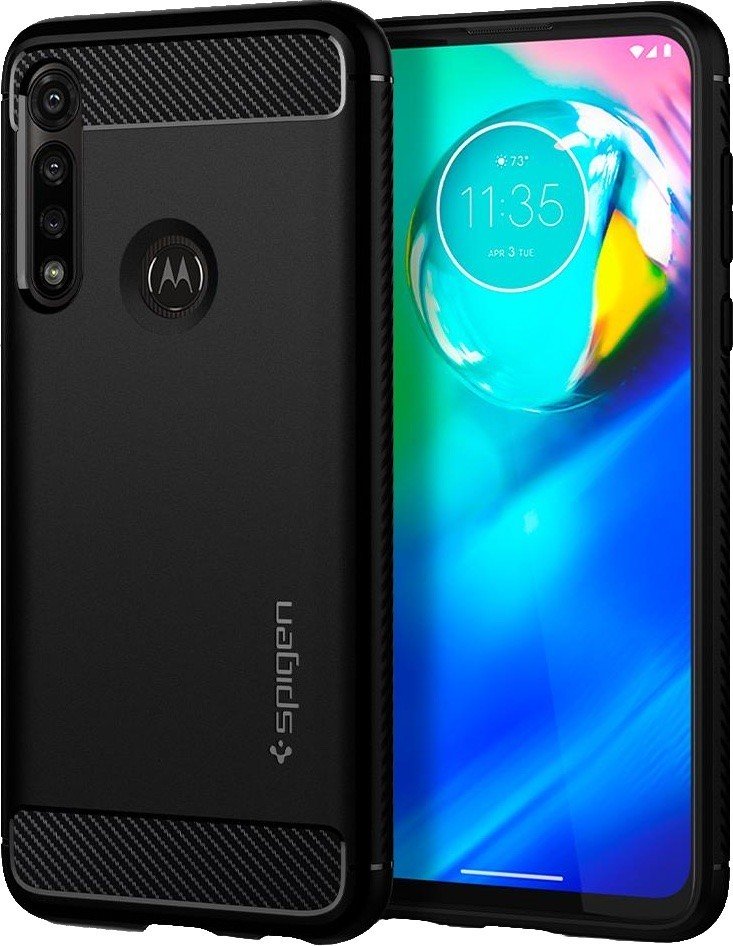 What can really be said about a case as great as the Spigen Rugged Armor other than the fact that it sports a tried-and-true design. The buttons are covered, but are still tactile and you won’t have to worry about “wearing the case in” just to use your phone. Then, there’s the ever-familiar spiderweb pattern on the inside of the case, to go along with raised lips and edges for increased protection. 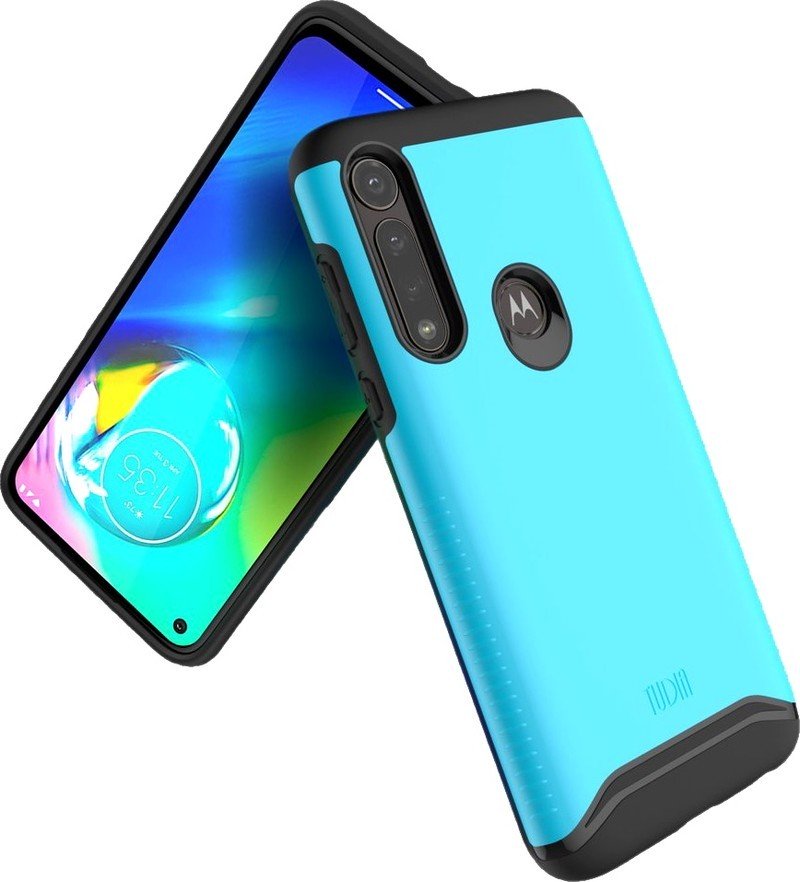 If you’re looking for a sleek case that says “no-nonsense” then you don’t want to pass up on the TUDIA Merge. This case sports two layers of protection with a soft TPU inner shell, along with a hard polycarbonate backplate. This backplate not only provides stability to your case, but the edges are ridged so you’ll also get a better grip when using your phone. 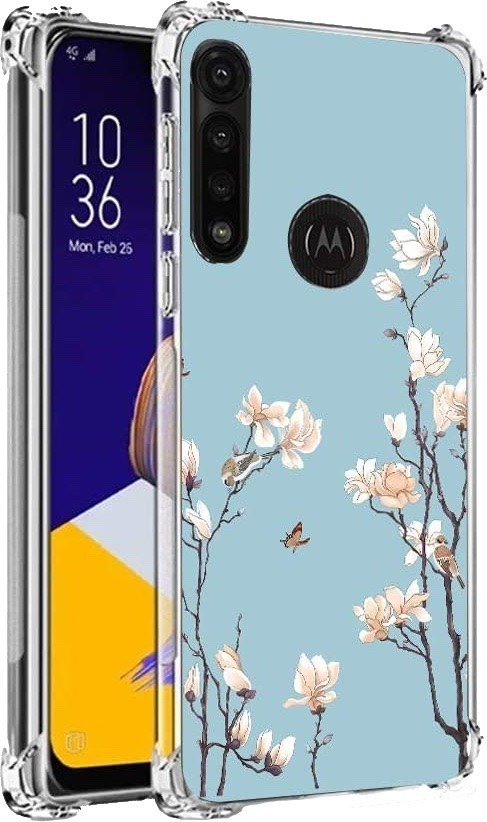 Those wanting something with a bit more personality will want the Bereajoy Floral TPU Case. This case comes in 12 different variants, with a flower, grass and flowers, or purple flowers, and more as options. As for protection, you’ll find “bumpers” on all four corners, to help prevent anything from happening to your G Power if it takes a fall. 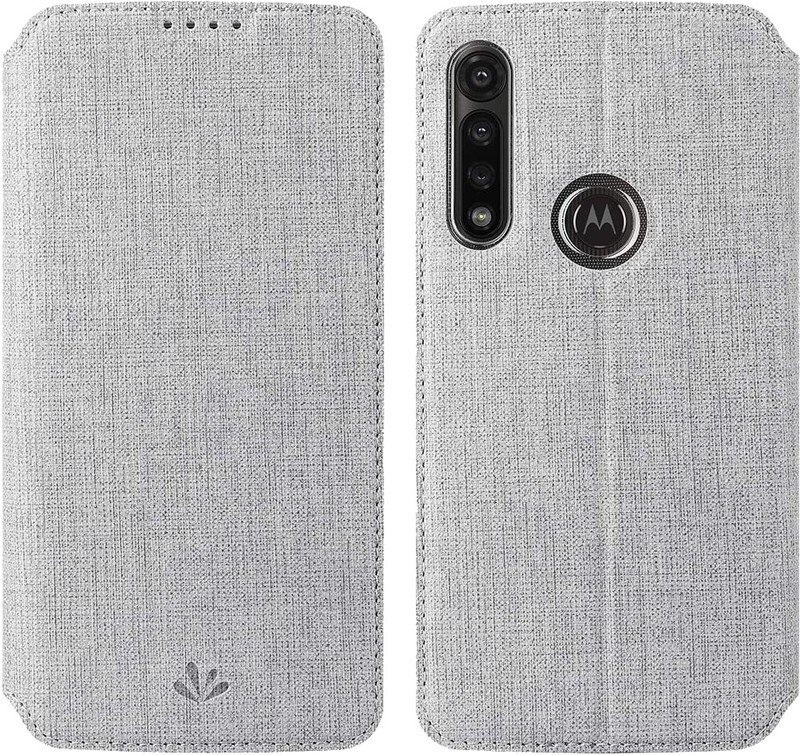 When you have a wallet case, that means it’s one less thing that you have to carry in your pocket, backpack, or purse. The Foluu Flip Wallet is a great versatile option for those who want to just carry one thing around with them. There is a card slot, along with a pocket for cash or a couple of receipts, and there’s a magnetic flap to keep the case closed when not in use. 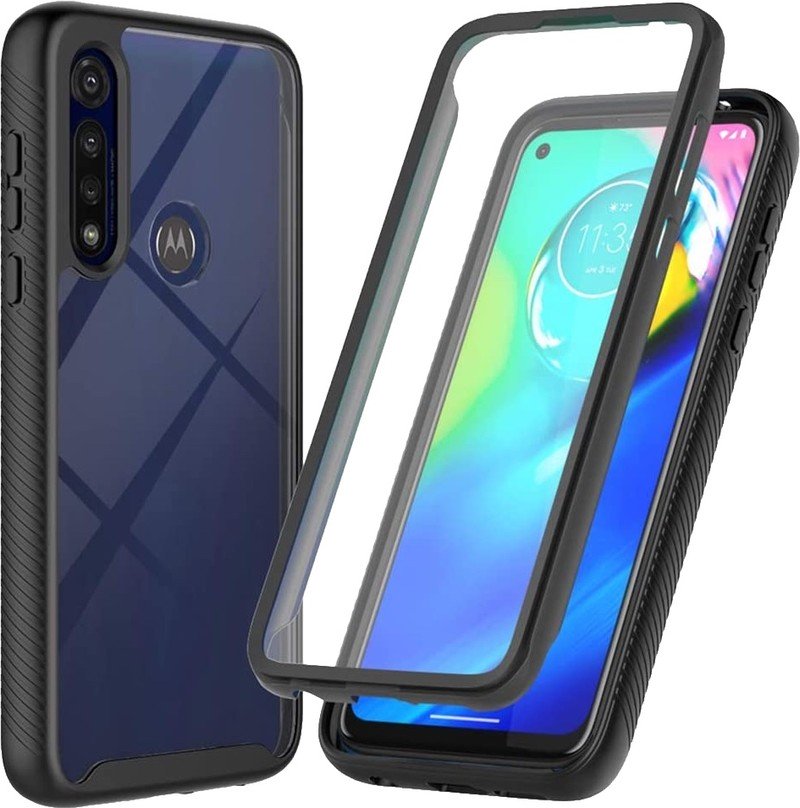 ONOLA’s Body Fit Cover provides 360 degrees of protection with TPU bumpers, a polycarbonate back shell, and a built-in screen protector. You can also put away any concerns about wireless charging compatibility, as this case is rated to work with your existing chargers.

Put a ring on it 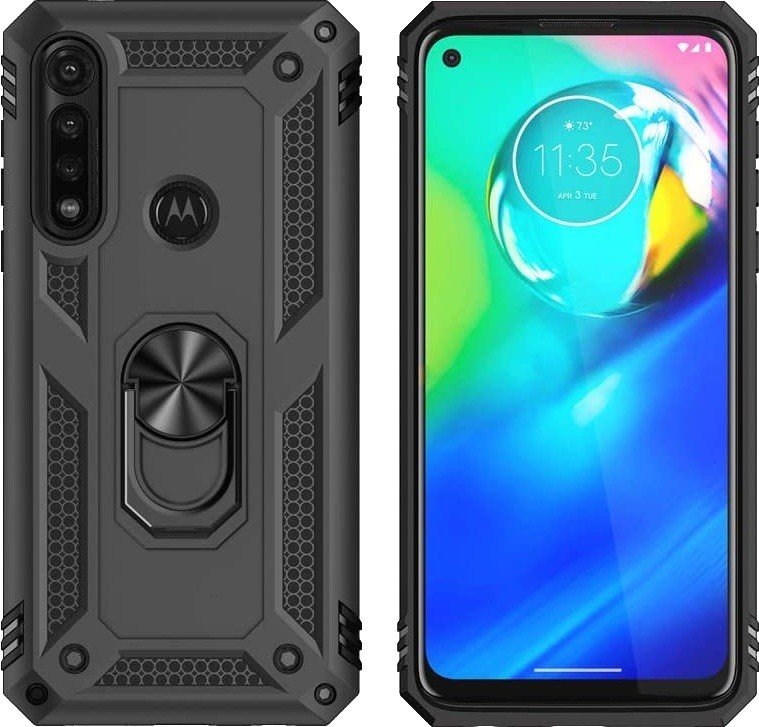 Nobody wants their phone to drop out of their hands, but some folks don’t want to mess around with PopSockets. That’s where the Dretal Rotating Ring Case saves the day. This case features a ring holder that rotates 360 degrees and doubles as a kickstand, along with being compatible with magnetic car mount holders.

If the name of the game is protection, then you won’t want to miss out on the UAG Plyo Series case. The Plyo provides military-grade protection while still being a lighter case than you may expect. UAG also added oversized buttons that are tactile and easy to find, so you won’t have to fumble around trying to press the right buttons. 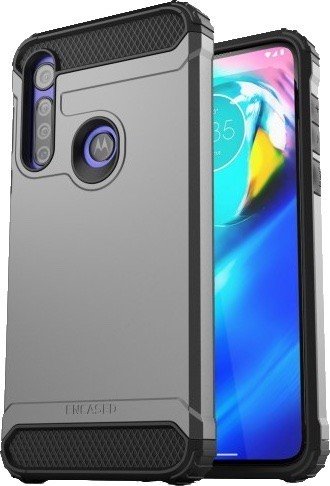 The Encased Scorpio Armor case is designed with protection in mind as this case is made from TPU and polycarbonate. On the back, you’ll find perfect cutouts for the camera module and fingerprint scanner, along with a cross-hatching design to improve the overall grip. As for the inside of the case is a unique “IDS” pattern to help with the shock absorption. 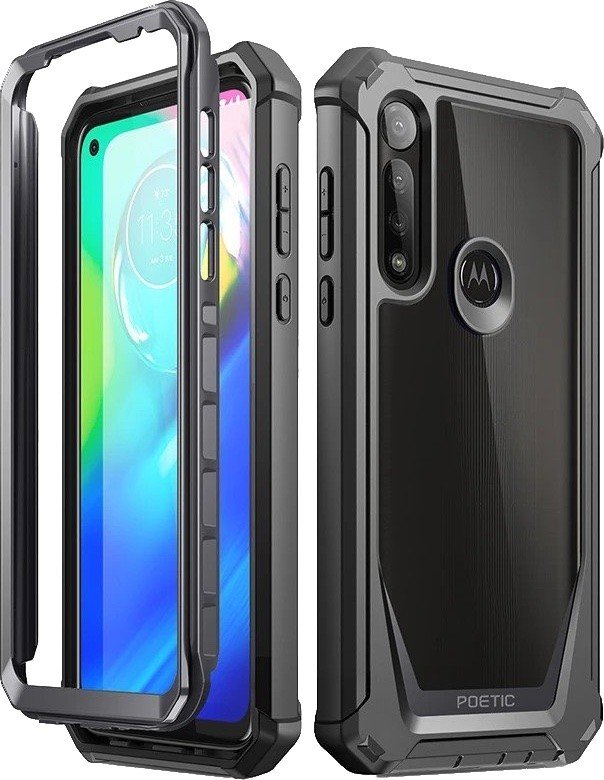 Poetic’s Guardian case offers as much protection as one could want for their new Moto G Power. It provides a built-in screen protector, along with port covers for the headphone jack and charging port, providing resistance against dust and debris. The Guardian is perfectly capable of handling anything you throw at it, and your phone will keep on trucking along. 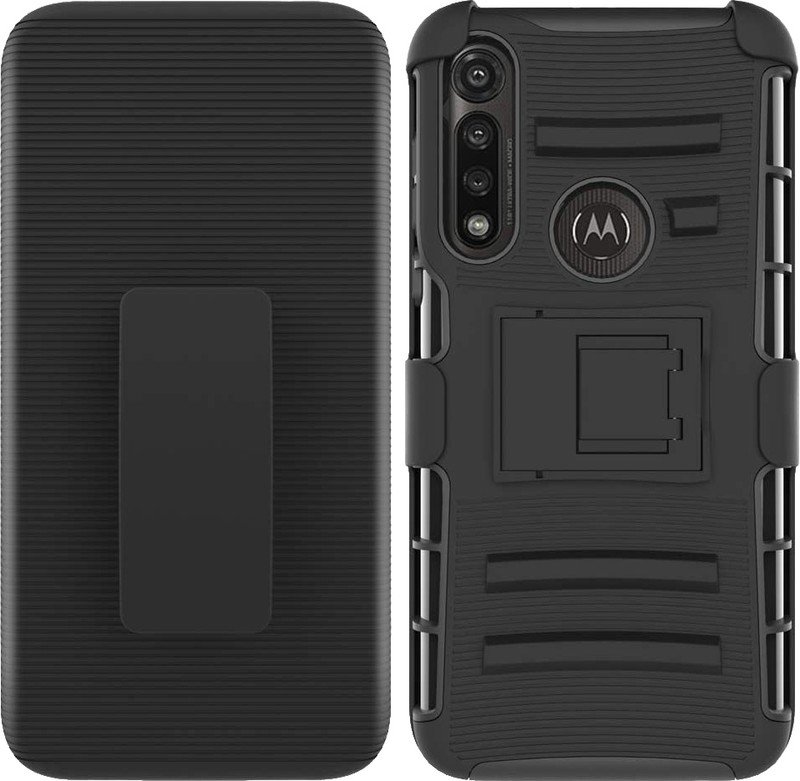 In addition to including a belt clip, the ChacXXLI case also includes two tempered glass screen protectors, which is perfect to keep your screen looking great. The case itself is made out of both polycarbonate and TPU for added shock absorption. Plus, there’s a built-in kickstand on the back of the case, so you can sit back and relax at the end of the day.

When it comes to finding the “right” case for the Moto G Power, there is no “wrong” answer, but our favorite of the lot is the UAG Scout case. You’ll get a light construction, with a soft inner TPU shell and hard polycarbonate outer shell. The case meets military drop-test standards and offers a non-slip grip to keep the phone in your hands and not on the ground.

Those looking for some added versatility won’t want to look past the Foluu Flip Folio Wallet. You’ll get four different colors to choose from, along with both a card slot and pocket for some of your cash. Plus, you can flip the cover back and prop up the G Power if you want to catch up on some Netflix. With the magnetic closure, you can rest easy knowing that your card and screen are secure and possible valuables won’t fall out.