HomeNewsIs a Galaxy S10 still worth the money in 2020?
News 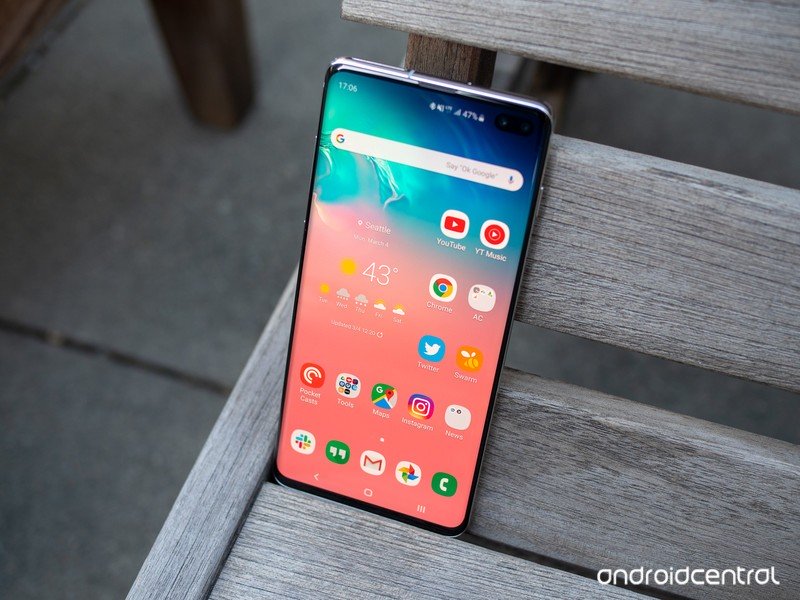 Best answer: The Galaxy S10 is still a good buy in 2020 for those who want a flagship Samsung phone but can’t stomach the high prices for the S20 series. The S10 series has received official price cuts to make them quite enticing, particularly the S10 and S10e.

Samsung upped its prices across the board with the Galaxy S20 series, pushing some of us out of the market for its high-end phones. Thankfully, it’s continuing to sell the S10 lineup with official price cuts, offering an enticing option for those who want a flagship phone but can’t get into four-figure prices for one.

You can save 30% off the Galaxy S20 and get mostly the same experience.

Now the Galaxy S10 is 40% less than the S20, being sold brand new with the same warranty and many of the same specs, features and capabilities. The S10 has been updated to the same One UI 2 software, so you aren’t being left behind in terms of software features that launched with the S20. And the S10 series will get another major software update in late 2020. The Snapdragon 855 processor and 8GB of RAM are more than capable for anything you’ll need to do, and the battery life will hold up to everyone but the most hardcore users.

Other areas of the experience, like the display and hardware design, feel modern on the S10 even though they aren’t the absolute latest and greatest Samsung has to offer. You’re also getting the same base-level features like water resistance, wireless charging, fast charging, and a microSD card slot. The S10 even has something the S20 doesn’t: a 3.5 mm headphone jack.

The only place the Galaxy S10 shows its age is in the cameras, as Samsung really took a big step forward with the S20’s shooters both front and back. The Galaxy S10 just isn’t very capable in low-light scenes, and its telephoto camera is nowhere near as capable as the S20’s. The ultra-wide and front-facing cameras are more comparable, but still off the pace of the latest devices. Altogether you’re still going to get good — and very consistent — camera performance, but it just isn’t going to feel like a bleeding-edge device in that respect.

The only place the S10 shows its age is in the cameras, where Samsung stepped up its game in 2020.

If you are looking to save money but have your heart set on a Samsung phone, the Galaxy S10 is definitely still a good buy today at its newly reduced price. For hundreds less than the S20, you’re getting the same core experience and a phone that very much feels like it belongs in the current crop of modern-day devices.

Since the whole point of going for a last-generation phone is focusing on value for money, I’d also recommend taking a look at the Galaxy S10e. It’s even less than the S10, with all of the same basic features and specs. Yes it’s a bit smaller, with a smaller battery to match; but functionally, you won’t notice a difference in your day-to-day tasks. It may be worth considering if you really want to keep costs down.

I see less value in the top-end Galaxy S10+, which even with a price cut is still pushing toward the price of the base S20. Yes it’s much less expensive than the Galaxy S20+, but at that price there are lots of phones you can get that aren’t as old and are still cheaper.

For a year-old phone, the Galaxy S10 is still really solid. Its hardware and specs feel modern, and it’s running the latest Samsung software.

The best bang for your buck in the Galaxy S10 series.

When value is the focus, the S10e is a great choice. It has all of the core features and specs for about $100 less than the standard S10.