Home How to How to watch UFC Fight Night 174 online: live stream Whittaker vs....
How to

How to watch UFC Fight Night 174 online: live stream Whittaker vs. Till 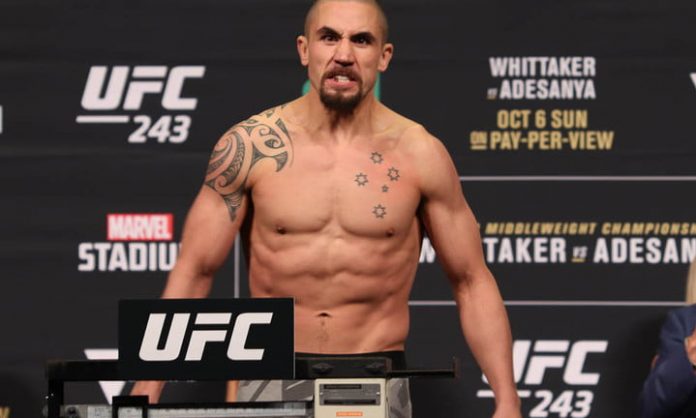 UFC Fight Night 174 is coming this Saturday, and if you’re looking for a way to stream it, you’ve found the right place. Below, we’ve got everything you need to know about how to watch UFC Fight Night: Whittaker vs. Till online this weekend with ESPN+ including the entire fight card roster, viewing times, and details about the main events.

How to watch UFC Fight Night 174 online in the U.S.

UFC Fight Night 174 will air exclusively on ESPN on Saturday, so if you’re looking for a way to stream it online, you’ll need ESPN+. ESPN’s premium streaming service is far and away the best way to watch the UFC Fight Night: Whittaker vs. Till live stream as well as other UFC events right on your PC or mobile device, and it’s the only way you can watch pay-per-view events like UFC 252: Miocic vs. Cormier coming this August. ESPN+ rings in at just $5 per month or $50 per year, and along with UFC, you get unlimited access to a ton of other live sports, exclusive shows, and more.

The main event at UFC Fight Night 174 is a highly anticipated middleweight bout between two seasoned combatants. Robert Whittaker (21-5), the number one-ranked UFC middleweight and former champion, will be taking on Darren Till (ranked fifth on the middleweight roster with a record of 18 wins and two losses). Whittaker is entering the Octagon following a recent defeat at UFC 243, where the New Zealand-born fighter lost his middleweight belt to current champion Israel Adesanya. By contrast, Till, a former welterweight, won his latest match when he returned to the middleweight class to defeat Kelvin Gastelum at UFC 244.

The UFC Fight Night 174 main card features some other interesting talent as well: The co-main event is a light heavyweight matchup between MMA veterans Mauricio Rua (26-11) and Antonio Rogerio Nogueira (23-9), and fans will also see the return of Alexander Gustaffson (18-6) as he goes toe-to-toe with Fabricio Werdum (23-9). Gustaffson, formerly a light heavyweight, previously announced his retirement in June 2019 following his loss to Anthony Smith. As is often the case with UFC fighters, however, the call of the Octagon was too strong to ignore, and the Swedish combatant is now coming back as part of the UFC’s heavyweight division to compete at UFC Fight Night: Whittaker vs. Till.

The UFC fight Night 174 live stream is not a pay-per-view event, but it’s still airing only via ESPN. That means that if you want to watch UFC Fight Night: Whittaker vs. Till online this Saturday, ESPN+ is the way to do it. You can sign up for ESPN+ for just $5 per month or an even cheaper $50 per year, but if you want a more complete streaming package, then you can grab this bundle and score ESPN+, Disney+, and Hulu for just $13 per month.

Facebook
Twitter
Pinterest
WhatsApp
Previous articleShould you or shouldn’t you force quit iOS apps?
Next articleSave your Chromebook from terrible sound with an amazing speaker set