Home How to How to watch Steven Universe online: Binge the animated series for free
How to 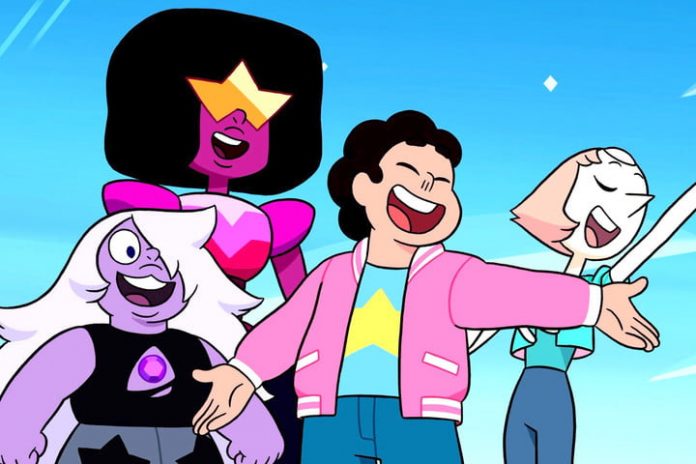 Steven Universe is the perfect new obsession for lovers of eccentric animated series’ like Adventure Time and Rick and Morty. In fact, the show’s creator — Rebecca Sugar — worked as a writer and storyboard artist on Adventure Time before getting the green light from Cartoon Network to helm her own series. Sugar’s Steven Universe is named after the titular character, a half-human boy who is growing up in a family of magical, humanoid aliens known as the Crystal Gems. Throughout the show’s five seasons, Steven goes on all kinds of wacky and dangerous adventures with his friends in attempts to help the Gems protect the world from their species. Endlessly inventive and clever, the animated series received rave reviews from critics and audiences alike. Here’s how to watch Steven Universe online.

How to watch Steven Universe online in the U.S.

Hulu houses the first four seasons of Steven Universe on its platform. To stream the beloved animated series, simply sign up for their monthly subscription plan and receive the first 30 days free with their monthlong free trial period. Once the trial ends, you can choose to cancel free of charge or continue with monthly payments of $6 for full access to Steven Universe and other popular shows and movies in Hulu’s expansive content library. Hulu also offers an alternative plan for $12 per month that includes no advertisement interruptions during streaming. Regardless of which plan you choose, the first four seasons of Steven Universe are all available and queued up for streaming on Hulu.

If you want to gain access to all five seasons of the show online, consider trying out HBO Max. The streaming service offers a 7-day free trial period before charging $15 per month for access to Steven Universe and the rest of its streaming library. For those who don’t want to invest in any monthly subscriptions and are looking to avoid fees, you could watch the first four seasons of the animated show on Hulu during their monthlong free trial period and then use HBO Max to watch its fifth and final season during their weeklong free trial period. It would take a lot of bingeing willpower, but with each episode clocking in at only 12-minutes long, Steven Universe is addictive and short enough to pull off.

The animated series has been nominated for five Emmy awards and even won a GLAAD Media Award for its portrayal of LGBTQ characters. After you finish bingeing all five seasons, you can continue by watching its equally-adored epilogue series, Steven Universe Future, which recently finished airing in 2020.