Home How to How to watch MLB: New York Yankees vs. Philadelphia Phillies online today
How to 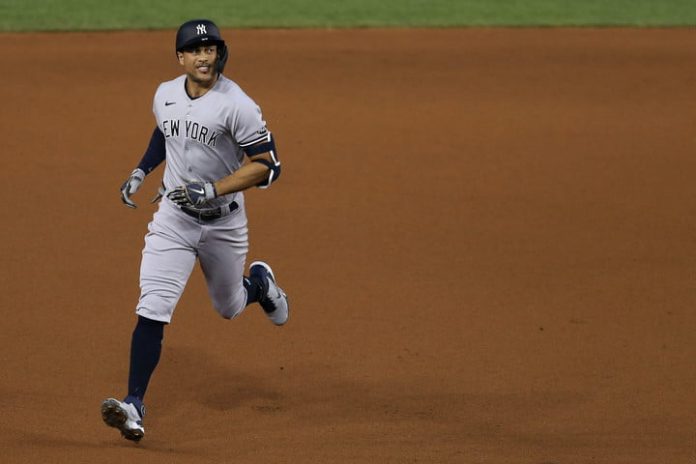 Despite major delays (and a shortening of this year’s season from 162 games to just 60), Major League Baseball is finally back in action. The 2020 season opened last week and today, baseball fans will see the New York Yankees go head-to-head against the Philadelphia Phillies in the first of a four-game series. The games will be split evenly between Citizens Bank Park in Philadelphia and Yankee Stadium in New York City; there won’t be any in-person attendance at either stadium, but you can still watch the Yankees vs. Phillies live stream online with ESPN+. Read on to find out how.

How to watch MLB: Yankees vs. Phillies online in the U.S.

The New York Yankees and Philadelphia Phillies both played during last week’s opener, with the Yankees starting the season against the Washington Nationals and the Phillies going up against the Miami Marlins. Now, the Yankees and Phillies will be facing off in a series of four games that starts tonight. The first two games will take place at Citizens Bank Park in Philadelphia and the last two games will be held at Yankee Stadium in New York City — the Yankee’s first home opener of the MLB 2020 season.

New York had a good season last year; despite losing to the Houston Astros in the 2019 American League Championship Series (a loss that made the 2010s the first decade that the Yankees have not won a World Series since the 1980s), the Yankees claimed the AL East division title. Philadelphia had a rougher time of the 2019 season, however. The Phillies started off the year strong but finished with a record of 81-81 after being eliminated on September 24. Shortly after, Manager Gabe Kapler was replaced with Joe Girardi, who is leading the team into the 2020 season. The Yankees are no doubt hoping to enter the new decade with a fresh start after the 2010s, but the Phillies might be hungrier for a win in 2020 given last season’s poor outcome. A strong performance in this four-game series could shape the rest of the year for either team.

In-person attendance at Major League Baseball games has been canceled due to ongoing public health concerns, but you can still catch all the action of the 2020 season with ESPN. If you don’t have a cable or streaming package that includes ESPN, then all you need to do to watch the Yankees vs. Phillies live stream online is to sign up for ESPN+. This premium streaming service will set you back just $5 per month or $50 per year and gives you full access to the entire MLB 2020 season along with a myriad of other sports content delivered right to your PC web browser or mobile device.