Home How to How to watch Aladdin online: Stream Disney’s newest take on the classic...
How to 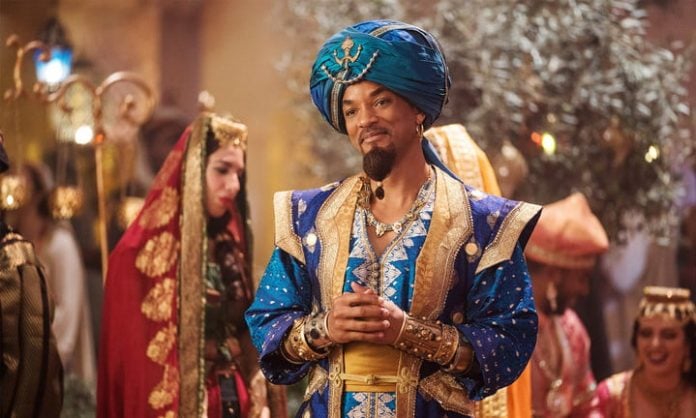 You don’t have to rub a magic lamp to watch Disney’s live-action Aladdin online. The 2019 remake stars Mena Massoud as the famous Disney prince and Naomi Scott as Princess Jasmine (not to mention Will Smith in the beloved role of Genie). It follows an identical storyline to the 1992 animated film of the same name, in which an outlaw named Aladdin falls in love with Princess Jasmine, is granted three wishes from a magical Genie, and ultimately faces off against the power-hungry villain Jafar. Luckily, the classic animated feature is just as good — if not better — in this live-action spin. Here’s how to watch Aladdin online.

How to watch Aladdin online in the U.S.

Disney+ offers full access to the live-action flick when you sign up for its monthly subscription plan. The plan costs $7 per month and allows users to stream all of the popular titles, like Aladdin, in its expansive content library. Unfortunately, the platform is no longer offering a free trial upon sign-up. However, they do offer a one-time payment of $70 for an annual subscription, which would coast $14 less than having to pay month-to-month. Additionally, Disney+ has a family-friendly plan — the $13-per-month Disney+ Bundle, which offers full access to the Disney+ streaming service as well as Hulu and ESPN+. No matter which of the service’s subscriptions you opt for, the live-action Aladdin will be readily available for streaming on all three.

Aside from Disney+, Aladdin is only available for online streaming by individual purchase. You can rent the film for $4 or buy it for $20 on Amazon Prime Video. Alternatively, on iTunes, you could rent the movie for a dollar less at $3 or pay the same as Prime’s $20 price for purchase.

Upon its initial release, Aladdin grossed $1 billion worldwide, making it the ninth-highest-grossing film of 2019 and the 34th highest-grossing film of all-time. Thus, Disney took the popular animated film and made it into a hit live-action phenomenon for audiences of all ages. If you haven’t yet, it’s time to stream the flick online and let Aladdin take you on a new and improved magic carpet ride.