Home How to How to back up (and restore) your Animal Crossing island should the...
How to 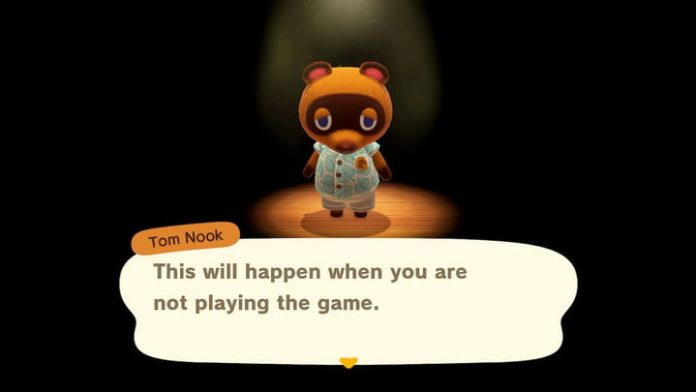 Finally, after far too long, Animal Crossing island backups are a thing. Included in part two of the Summer Update, it’s now possible to recover the island you’ve spent weeks or months perfecting — but only under certain conditions. Here’s how to enable the most sought-after Animal Crossing feature of all time, and how to recover your island so that your favorite shrubs and villagers aren’t lost to the void.

To backup your Animal Crossing: New Horizons save file, you’ll first need to ensure you’re on the latest version of the game — that’s 1.4.0. You can see which version you’re on by checking the top right of the start screen before you press A to enter the game.

If it’s not version 1.4.0 and your Nintendo Switch isn’t automatically downloading updates, you can force the download by going back to your console’s home screen, pressing the Plus Sign on the Animal Crossing: New Horizons icon, moving one space down to the Software Update tab, and hitting Via the Internet.

If you don’t have access to the internet, you can use the option below that to download the update from a nearby console that does have the update installed — like, say, from a friend you can meet up with safely.

How to back up your island

With the download applied, backing up your island is pretty straightforward. Just sit on the game’s start screen long enough to see the button prompts appear on the bottom of the screen. Rather than hitting A to enter the game, you’re going to want to hit the Minus Sign button to enter the settings screen.

Listen to Tom Nook go on about what he can do, and you’ll eventually be able to choose the island backup feature from his list.

He has a bit of a long-winded explanation of it all, but it’s quite simple in practice. Once you enable island backups, your save data will be backed up automatically whenever you’re not playing the game. Backups happen periodically, which isn’t very reassuring, but Nook says it can happen even when your machine is in sleep mode, so expect it to happen whenever you’re not actively playing your Switch.

You do need an active Nintendo Switch Online subscription for this to work. The data will also only be backed up and registered to the Switch user profile that initiates the backup process. So, make sure whichever account is backing up the island will be around to restore it when needed.

How to restore your island

Here’s the tricky thing: Just because you now have a version of your Animal Crossing island backed up to the cloud, that doesn’t mean you can use it to revert any tiny little mistake or event that might have ruined your grand ambition.

There’s no option to restore from an island backup so long as there’s an Animal Crossing save on your Nintendo Switch. That’s how it seems, anyway. Nook explains that the backup process exists in case your console is damaged or lost — so, either when it’s sent in for repair (in which case Nintendo usually wipes all data) or if you replace it with a new, clean console.

Assuming there’s no Animal Crossing save data on the console when you fire up the game and the user account used had backups enabled, you should see an option to restore from a backup through the same settings menu you access by pressing the Minus Sign on the start screen. We assume, at least — we’re not going to test that.

All in all, the Animal Crossing: New Horizons backup feature is here to give peace of mind in case your console is lost or needs to go in for repair. The sooner you enable backups (and keep your Switch online membership running), the quicker you’ll have peace of mind that your Marina, Raymond, and Zucker haven isn’t lost to the void the next time Nintendo decides to wipe your system to fix a simple case of Joy-Con drift.

But that’s about it — the feature is here to help in case of a save file that’s lost through no fault of your own. You can’t restore at will, so there’s no using it to fix tiny little mistakes or vandalism on your island. Likewise, given that you can’t restore at will, a save lost to random file corruption might still be the final nail in the coffin.

There’s a chance you could reset your Switch or uninstall the game to get it to a factory-fresh state, and that the game might then be eligible for a restore, but if the system uploads the corrupt file as you exit the game, you might be out of luck.

The island backup feature does bring peace of mind, but it’s not the all-encompassing cure for your existential Animal Crossing dread. Not yet, at least.