Home News How does technology help judges to set the bail amount?
News

How does technology help judges to set the bail amount? 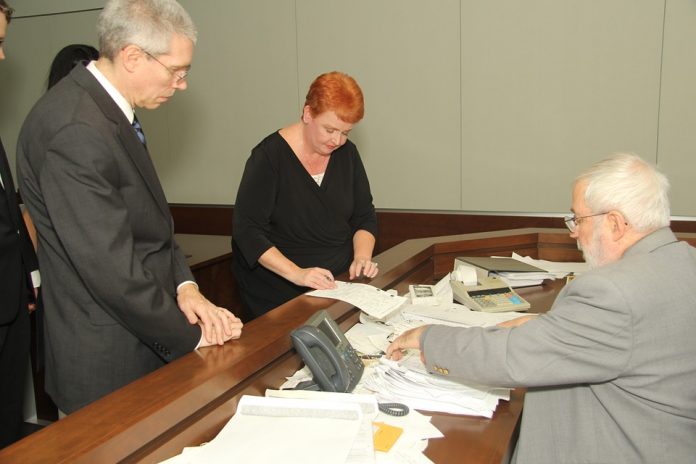 Securing bail either by yourself or engaging a bail agent is the standard procedure for obtaining the release of an accused person immediately after arrest. If the bail amount is too high, you can furnish Castle Bail Bonds Montgomery County, which serves the same purpose but eases your financial burden besides ensuring quick release. No one wants to spend time in jail after an arrest, which becomes unavoidable after arrest while awaiting a court appearance.  To avoid prison, you must secure bail at the earliest provided the charges faced by the person qualify for it. If the offense comes under a non-bailable category, then there is no scope of availing bail. For all other charges, obtaining bail is the standard practice for seeking the arrested person’s release who must appear in court later to face trial.

Judges are responsible for fixing the bail amount, and the process is known as bail setting. Producing the accused in court for availing bail takes a few days from the day of arrest. To shorten the time and facilitate quick release, the police follow standard bail schedules available in jails that cover common crimes and allow the person to post bail and seek immediate release. The accused can appeal to the court for reducing the bail amount if it is too high by requesting the court during the arraignment or first bail hearing or special bail hearing.

For years, judges have used their wisdom to set bail amount, but now things are changing as courts are using technology to accomplish the task fast and more objectively. Courts are now using algorithms or mathematical models that use a lot of information about the case. The data can be related to the personal details of the accused, like age, gender, criminal record, etc. in judging the risk level by considering the person’s chances of evading the legal process later or committing another crime if released.

Based on the findings, the judge sets the bail amount judiciously to ensure that it is not excessive and within the constitutional guidelines. The bail amount is neither looked upon as an earning by the government nor for punishing the person based on mere suspicion of involvement in the crime. The purpose of bail is to set the person free until the commencement of trial with the understanding that the person will comply with the bail conditions and not jump bail. However, judges set exceptionally high bail amounts to prevent the person from obtaining release for some profoundly serious cases.

Bail means the conditional release, and the person must fulfill those conditions to enjoy the freedom granted by the court. Violating the conditions tantamount to criminal offense and leads to the person’s arrest again as the bail stands revoked. Sometimes, bail conditions may stipulate that the person makes interim appearances at the local police station while on release until completion of the trial.

Cash payment or furnishing bail bonds are both acceptable for securing the release of the arrested person who can even pledge his or her property to pay for bail.