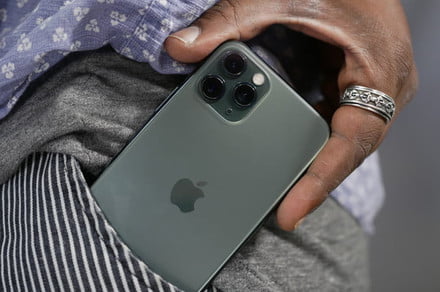 Hawkes, in a Twitter thread, said that its team won’t be able to take advantage of Apple’s “Security Research Device” (SRD) iPhones since it appears to exclude security groups that have the policy to publish their findings in three months.

Every time a security researcher discovers a vulnerability, they offer the company a period of time to patch it before it’s publicly reported. Project Zero, like many security researchers, has a 90-day policy. However, Apple has kept the control of the timeline to itself and developers who sign up for this new iPhone security program have to agree that they can’t disclose the issues they find until Apple allows them to.

Project Zero is one of the most widely regarded research groups and since early 2015, it has reported over 350 security vulnerabilities to Apple.

“We’ll continue to research Apple platforms and provide Apple with all of our findings because we think that’s the right thing to do for user security. But I’ll confess, I’m pretty disappointed,” Hawkes added in a tweet.

Apple’s Security Research Device program has been long overdue and was first mentioned last year at the Black Hat security conference by the company’s head of security, Ivan Krstic. Over the past year or two, iPhone’s security has been found lax and compromised on multiple occasions. The new program ensures eligible developers don’t have to go out of their way to hack into iPhones for research purposes and allows them to access the device’s core components to unearth any potential vulnerabilities.

Security researchers can now sign up to request a SRD on a 12-month renewable basis.