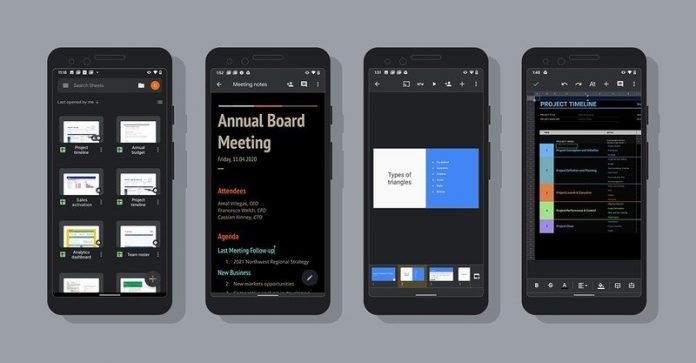 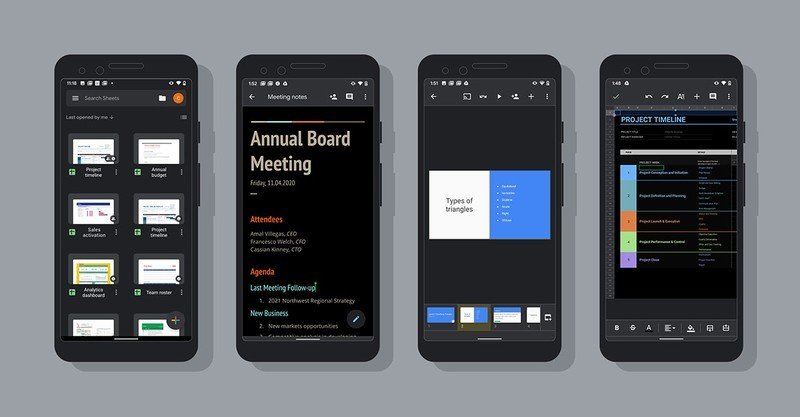 Dark theme is one of the most requested user features for smartphone apps, and Google has been delivering. The company has now enabled the feature on the Android versions of Google Docs, Sheets, and Slides.

The new update, when it rolls out, will work with Android 10’s system-wide dark theme. It’ll also have a discrete dark theme option so users can configure it separately if they’re on an older version of Android — or just because.

Google explained on Monday via the G Suite Blog:

Dark theme will intelligently adjust the product interface and user-generated content in ways that can make it more usable in low-light environments and save battery life. Settings for Docs, Sheets, and Slides will adjust automatically when the Android system is set to use Dark theme. You can also turn dark mode on or off for Docs, Sheets, or Slides independently. If you do this, each app will always be in the selected theme regardless of the Android system settings.”

The dark theme update should roll out to all users over the next two weeks. Google has also delivered dark themes for other productivity apps including Gmail, Google Tasks, Calendar, and Keep.