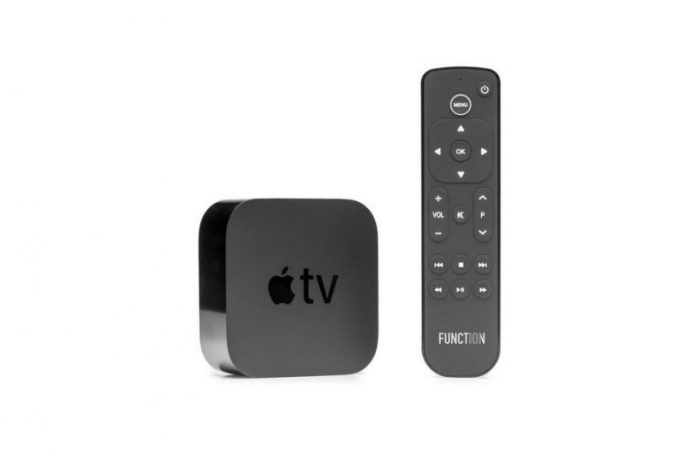 Apple unveiled its ‌Siri‌ (or ‌Apple TV‌) Remote with touch surface in 2015 alongside the fourth-generation ‌Apple TV‌, and it’s never been a particularly popular accessory.

Last year we saw Swiss telco Salt launch an alternative remote control for the Apple TV 4K set-top boxes that it includes in its domestic broadband TV bundle, and yesterday AppleInsider surfaced another potential alternative for anyone frustrated with Apple’s native Remote.

Function101’s “Button Remote for Apple TV” costs $30 and looks very similar to the Swiss model, but this one will be available in the U.S. later this month, providing another option for anyone watching one of the Salt models on eBay, where they sell at a hefty premium.

The Button Remote includes directional arrows in place of the Siri Remote’s glass Touch surface, a power button in addition to a Menu button, along with separate volume and channel rockers and traditional media playback buttons. There’s no Siri button included, however.

If that omission is a deal breaker but you can’t live with Apple’s own remote, you could always control your Apple TV using an iPhone or via your Apple Watch. Related Roundups: Apple TV, tvOS 13, tvOS 14Buyer’s Guide: Apple TV (Don’t Buy)
This article, “Function101 Offering Alternative Apple TV Remote Control for $30” first appeared on MacRumors.com