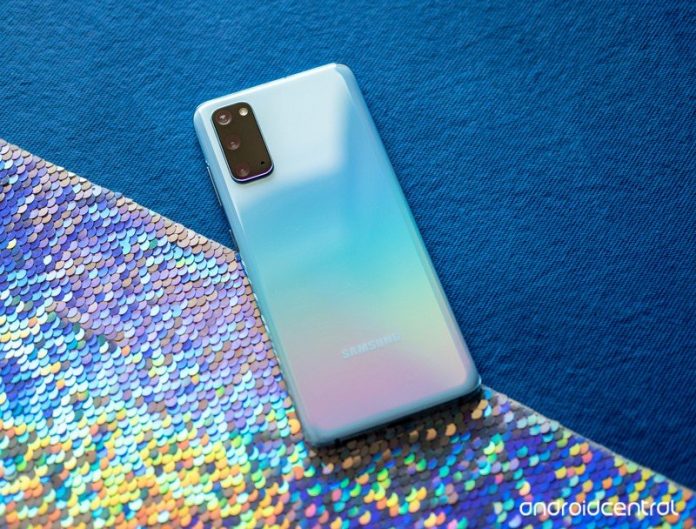 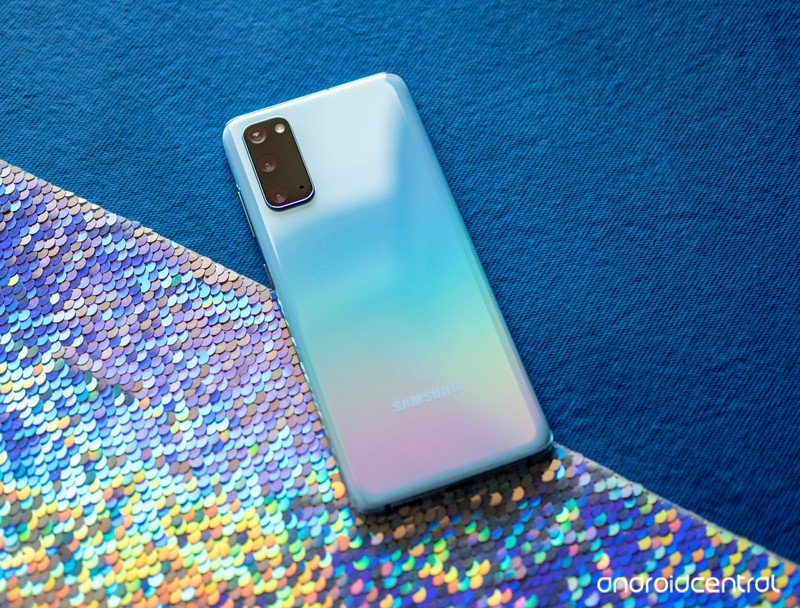 Judging by the media coverage, the “regular” or “small” Galaxy S20 was largely overlooked when it launched as more people flocked to the S20+ and the ridiculously large S20 Ultra. That was a shame because the S20 was, in my opinion, the only S20 that justified its premium price tag. It’s a reasonable size — especially if you tend to use your phone one-handed — it’s powerful enough for multi-tasking fiends, and the battery still lasts me through the day, not that we’re ever far from a charger in these isolated days.

Of the many phones on the market — and the half-dozen on my desk right now — the Galaxy S20 has been just about the perfect pandemic companion these last five months. It’s held up quite well while I’ve used and abused it in my isolation, and as Samsung prepares to launch the Note 20 line, it’s high time to revisit the baby of the bunch.

Bottom line: With the richest 120Hz screen around, a battery that still lasts all day, and great cameras, Samsung makes a flagship that fits comfortably in your hand and offers up that iconic Samsung experience that dominates the Android market.

I have now been using my Cloud Blue 128GB Unlocked U.S. Galaxy S20 for five months in Central Florida and Central Texas. I have not been in an area to use sub-6 5G on the S20, nor can I use VoLTE or Wi-Fi calling because AT&T sucks. 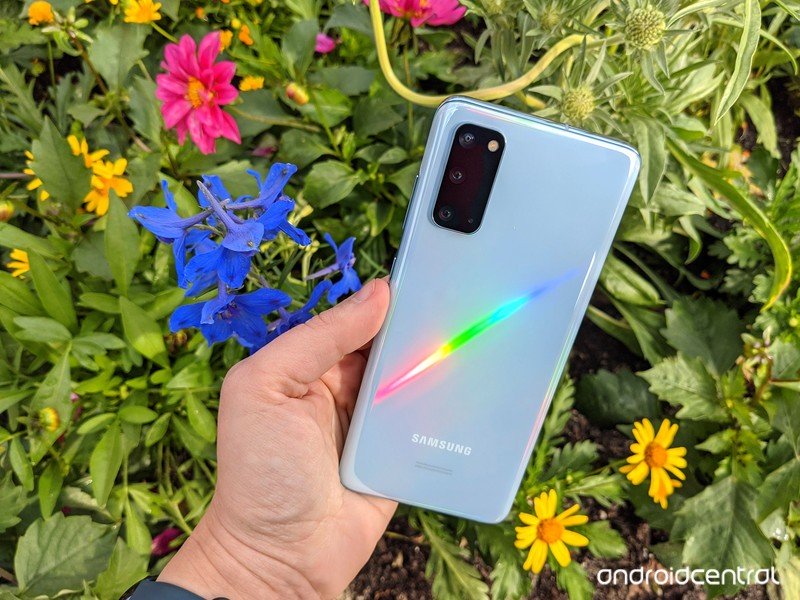 I said five months ago that the Galaxy S20 was the best phone in the hand and in the pocket, and I still stand by that statement 100%. The way the glass front and back curve around to meet the metal frame, the way the lights refract off the cloud blue back, the clickiness of the volume and power buttons — thank goodness we don’t have to put up with a dedicated Bixby button anymore — the S20 just feels terrific in the hand. 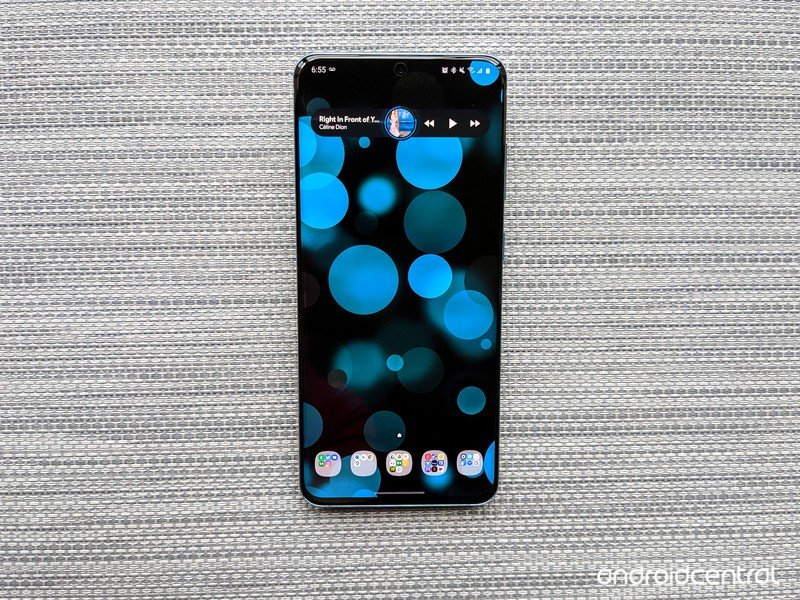 The 6.2-inch screen looks just as lovely as it did the day I took it out of the box. 120Hz is beautiful, especially when scrolling through Twitter or eating up stories on Webtoon like a lovesick nerd. I try to use it somewhat sparingly because I don’t want to get too spoiled by it the way my colleagues have. The screen is still perfectly easy to read outside in the Florida sunshine, but it also gets properly dim when I’m curled up in my pitch-black bedroom reading reddit instead of sleeping.

About the only disappointment I’ve found with my S20 hardware-wise since my first review is that my USB-C port is just loose enough to where a good pothole will jostle the cable enough to disrupt Android Auto for a few seconds and throw off my groove. It’s not loose enough that I have to worry about it not charging when I plugin — I use wireless charging most of the time these days — but every now and again, it makes me reach over while I’m driving to unplug and re-plug the cable. 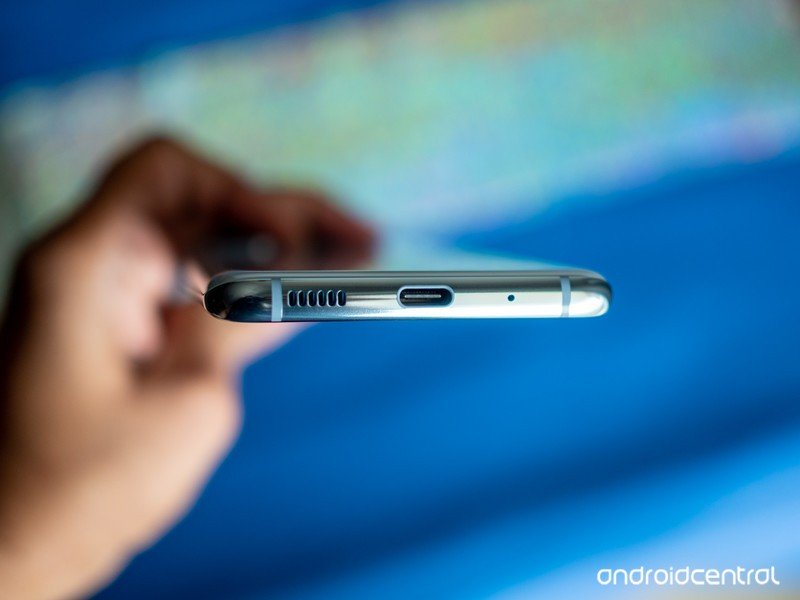 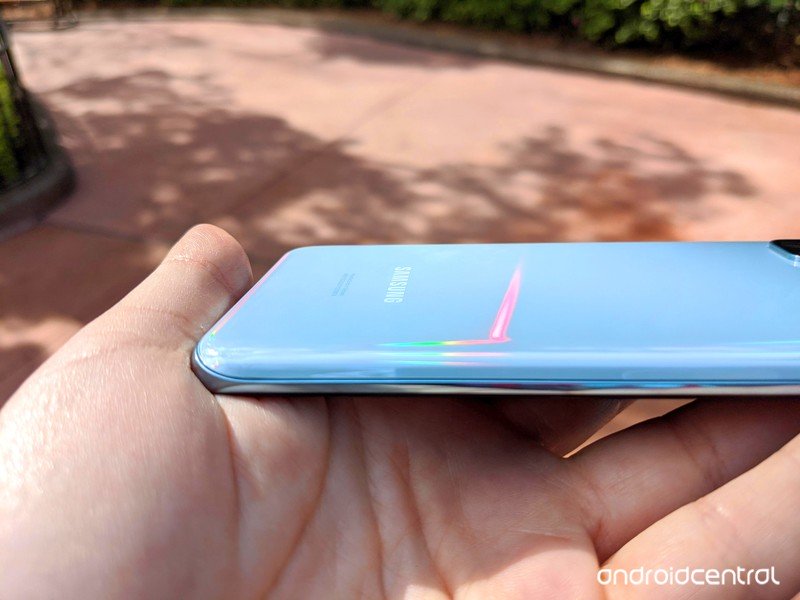 Oh, there’s also the in-screen fingerprint sensor, which is still as much of a dud as it was on Day One. I’d hoped that the software or the map it has of my thumb would improve over time, but no such luck. I picked up my Pixel 3a for the first time in months for a photo, my finger slipped over the rear sensor, and my phone was unlocked before I’d even held it up to my face, and I could stop the “Oh wow” from coming out of my mouth because it was just so quick and seamless. Remember when Samsung’s fingerprint sensors were actually fast, intuitive, and accurate? It’s been a hot minute.

The regular S20 doesn’t support mmWave, only sub-6 5G, but it doesn’t matter either way because AT&T requires you to be on certain Unlimited plans for 5G and I’m not upgrading plans for such a patchy 5G network. 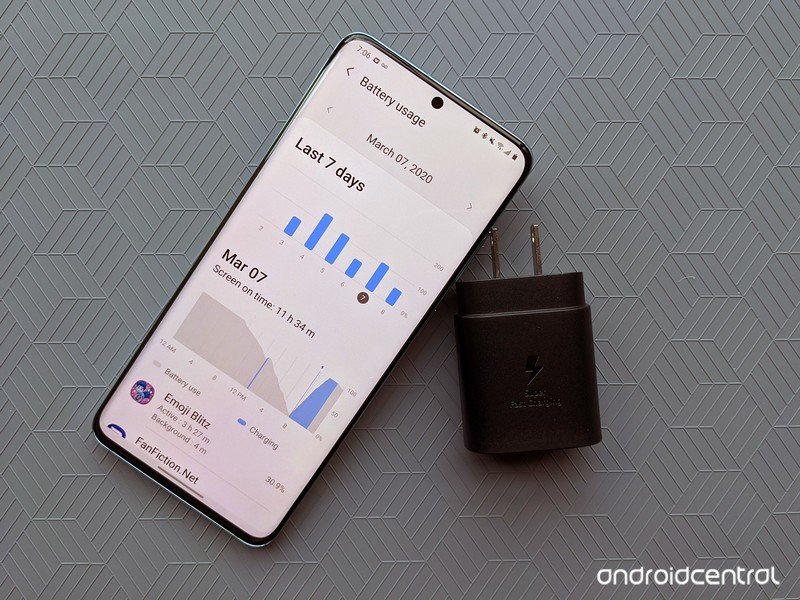 I’ve spent 6-10 hours a day on my S20 for the last five months — I’m not proud of that number, but at least a third of it is work-related, I swear — and for the most part, it’s still firing on all cylinders even loaded up with my 150 apps and my usual trove of offline music and movies. I have been seeing the odd hang every now and again since the July update, but otherwise, the Snapdragon 865 zooms along through my constant swapping between Twitter, Reddit, YouTube Music, and Slack.

While the battery life isn’t quite the 11-hour insanity that I saw in the first few weeks, I am still pleasantly surprised by it. I’m averaging 6-8 hours of screen time per day on a single charge these days, and not needing to recharge mid-day unless I’m just doing non-stop gaming or taking tons of photos for a review.

On the subject of photos, I still love how vibrant the photos usually are out of this camera, but I still end up swapping from Photo to Video mode far too often when I’m trying to hit that brightness slider. Most of my photos are great — especially when taking photos outdoors — and while there is some over-processing noise on some low-light shots from time to time, I still reach for the S20 over the Pixel 4 when I want to escape my isolation and go take photos of my favorite things and places in the world.

This gif was taken with the telephoto lens

I never try to zoom in further than the standard 3x zoom of the telephoto lens — the baby S20 doesn’t have that useless “Space Zoom” — and even then, I’ve just never been too thrilled with the zoom lens on the S20 (or the S10 before it). Still, it’s passable enough for getting shots of far-off animals. I still prefer taking photos with the primary sensor and then cropping in, though I’d maybe use it more if Samsung would follow Apple’s approach and use the same quality sensor for all three cameras. Maybe that will happen on the S21/S30 or whatever they call next year’s model.

There’s little to complain about from a software perspective: Samsung has been pretty good about pushing out monthly security updates to the S20, though the same cannot be said of feature updates. Samsung is holding back some important features until One UI 2.5, which is projected to be announced at the Note 20 launch event. That’s cool, Samsung, I’ve only been waiting six months to use Android 10’s gestures with something other than the basic and boring One UI launcher. 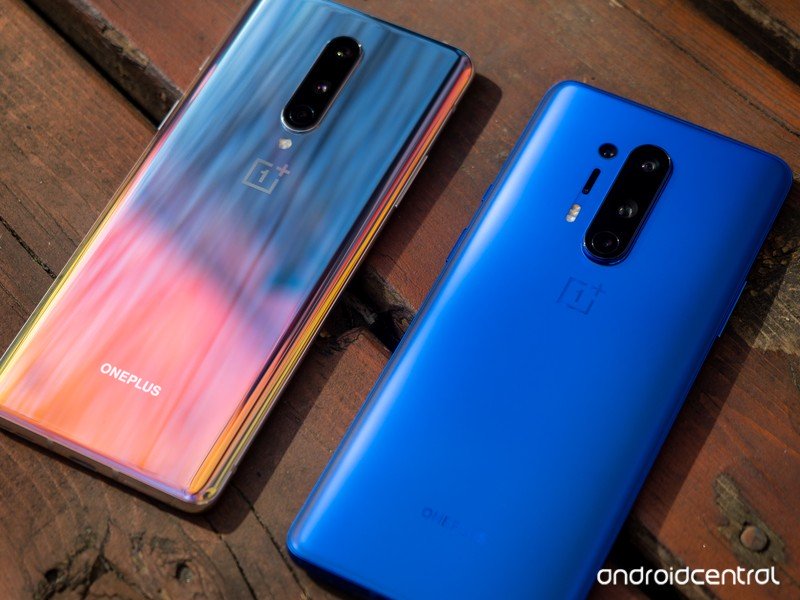 The biggest competitor for the S20 — the Galaxy Note 20 — will debut on August 5. Between last year’s Note 10 launching at $950, some price tips, and the wide economic instability that has gripped the world in the last five months, the Note 20 might lure some potential S20 buyers away with the promise of even more amazing cameras and the ability to run the screen at full resolution even at 120Hz.

There’s a brief argument to be made that the OnePlus 8 is a competitor to the Galaxy S20 — yes, the S20 is worth the extra $300 — but the OnePlus 8 Pro is a better match to the S20 in everything but cameras and size.

Do you want an Android phone that’s as compact as the S20 but still offers a great hardware and software experience? Your options right now are to either wait for the Pixel 5, which we maybe hope is still coming in October, buy a Pixel 4 — and a portable charger to offset its mediocre battery — or throw your budget out the window and get the upgraded Galaxy Z Flip 5G.

The “baby” Galaxy S20 is, unfortunately, the only real flagship right now that is this compact while still being actually good.

Samsung Galaxy S20 Should you buy it? Almost half a year from launch, the Galaxy S20 has lost little of its shine; even less than its larger siblings. Performance is still fantastic, the screen is still unbeatable for another two weeks — and will remain the best screen for a smaller flagship until next spring — and it still adds up to one of the best phones on Android, especially if you have smaller hands (or pockets).

I will admit that it’s probably harder for many to justify the price of the Galaxy S20 now than it was five months ago — and yeah, if you can’t afford a $900 phone right now, that’s perfectly fine, and there are still decent phones to be had for half the price. But if you’re willing to spend $900-$1000 on a flagship phone, the S20 is still a worthy investment and an excellent Android experience.

There are bigger, beefier phones out there, but I wouldn’t trade them for an S20 that fits well in my hand and in the small pockets on my women’s pants. The cameras are still great, the battery can carry you through the day, and there’s no prettier screen to be found around.