Home News Everything you need to know about the Samsung Galaxy Fold!
News 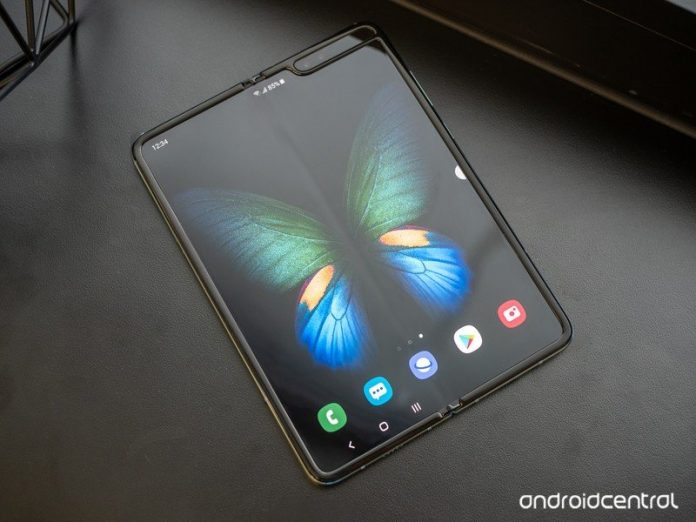 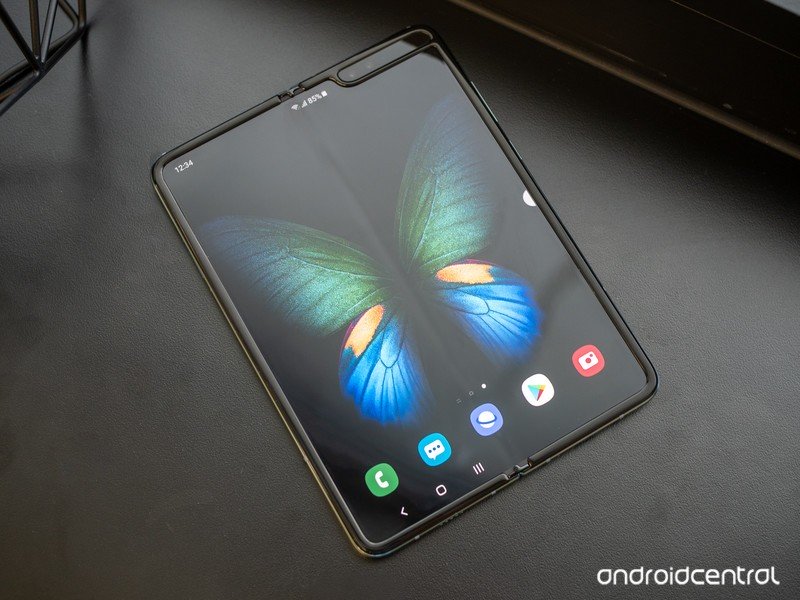 A lot of phones look virtually identical to each other. They’re rectangular slabs of glass and metal, and aside from small tweaks here and there, they all serve the same general purpose. If you’ve found yourself getting bored with all this, the Galaxy Fold was created for you.

Samsung tried something different with the Galaxy Fold, crafting a device that’s a phone and tablet in one sleek form factor. It’s not perfect, but it’s a hugely impressive gadget that pushes the market forward considerably.

The Galaxy Fold is no longer the newest Android on the market, but it’s still more than worth talking about. If you’re at all interested in the phone, you’ve come to the right place. 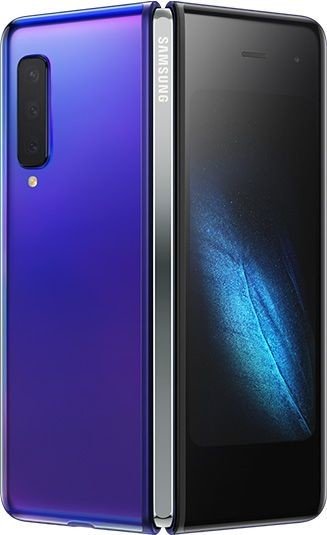 An entirely new kind of smartphone

The Samsung Galaxy Fold is something special. It was first foldable phone to launch in the United States and made every other handset look like a piece of ancient history. There are still some quirks with folding phones as a whole, but if you want to buy one, the Fold continues to be one of the most impressive you can get.

How much does the Galaxy Fold cost? Samsung sells the Galaxy Fold for a whopping, heart-stopping, $1,980 MSRP. While that’s undoubtedly a gob load of money, we should give credit where credit is due.

The Galaxy Fold was the first device of its kind to hit the market, and considering how much bleeding-edge technology it’s using, it could certainly be worse. Heck, the much more boring Galaxy S20 Ultra starts at $1,400.

Even better, the Galaxy Fold has since come down in price following its launch. Depending on where you shop, it’s possible to pick up the phone for hundreds of dollars less than its retail price.

Is the Galaxy Fold available now? 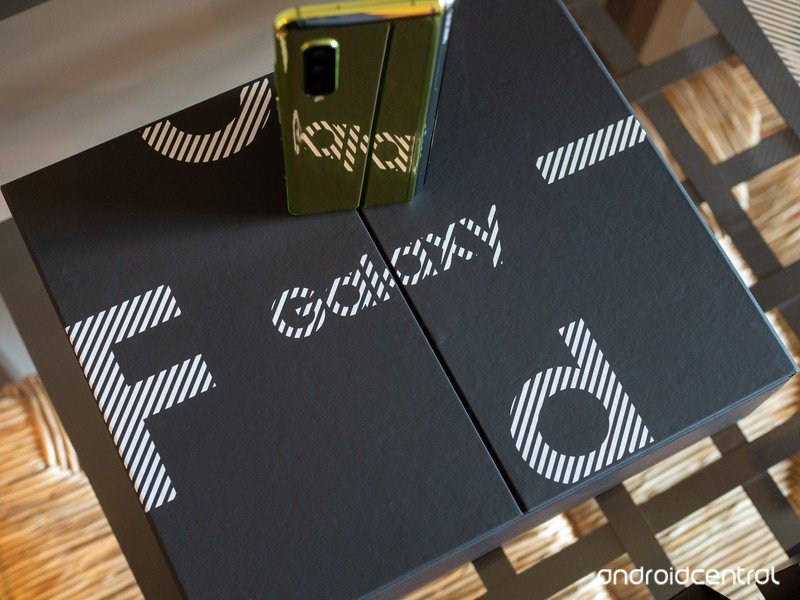 If you’re interested in picking up a Galaxy Fold for yourself, you can go out and buy one right now. The phone was made available for purchase in September 2019 (following the whole recall fiasco), meaning it’s been on the market for nearly a year at this point.

It’s always been tricky to buy the Galaxy Fold, but especially now that it’s coming up on its first birthday. You can still buy it if you know where to look, but it’s certainly not as easy to purchase as something like a Galaxy S20.

Have we reviewed the Galaxy Fold?

Talking about the Galaxy Fold is one thing, but actually using it as a daily driver is something else entirely.

The Galaxy Fold is a device with enormous potential and paves the way for an entirely new kind of smartphone. We have to give Samsung a tremendous amount of props for trying something this ambitious, but as you might expect, there are a few quirks here and there that come with a first-gen smartphone.

The above video shows our hands-on impressions with the refreshed Galaxy Fold, which Samsung promises is more durable and reliable than the first model that launched back in April 2019. If you prefer reading over watching, the links below highlight two reviews spanning a few months.

Here’s the tl;dr — the Galaxy Fold is a pretty magical device. Even all these months after it’s been out on the market, it’s every bit as futuristic and unique as it was at launch. Having a single device that can double as both a phone and tablet in one is a fantastic concept, and the Galaxy Fold pulls off the execution quite well.

There are some quirks to be had, namely the more fragile design and bulky form factor, but there’s no denying that Samsung crafted something special with the Galaxy Fold.

Samsung Galaxy Fold review: Potential and promise, not a product

What specs does the Galaxy Fold have? 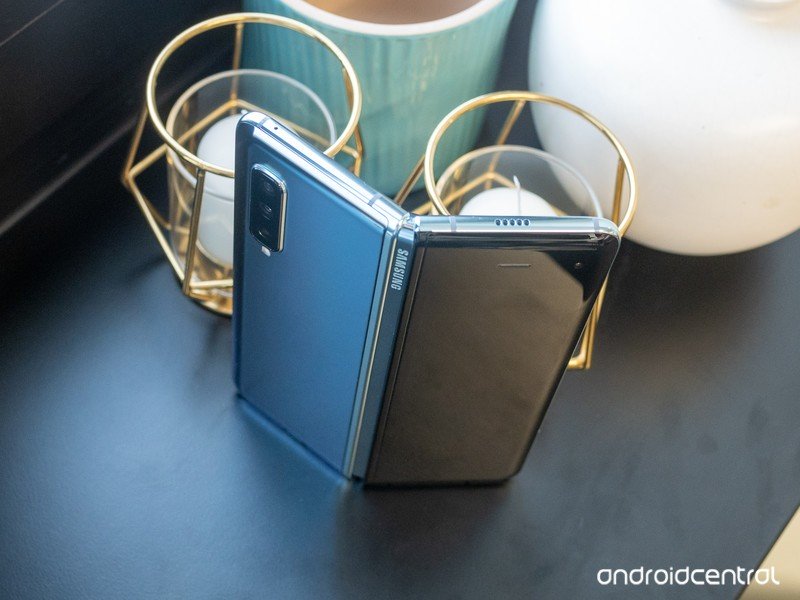 While some phones are exciting because of the specifications they bring to the table, the Galaxy Fold stands out because of its unique form factor and the overall experience of using it. Even so, Samsung still made sure that it packed the Fold with all of the latest tech that it could.

This means you’ll find a Snapdragon 855 processor, 12GB of RAM, and an impressive 512GB of base storage. Some legacy features had to be cut, such as a headphone jack and microSD card support, but we think the trade-offs Samsung decided to make were well worth it.

How does the Galaxy Fold compare to other folding phones? 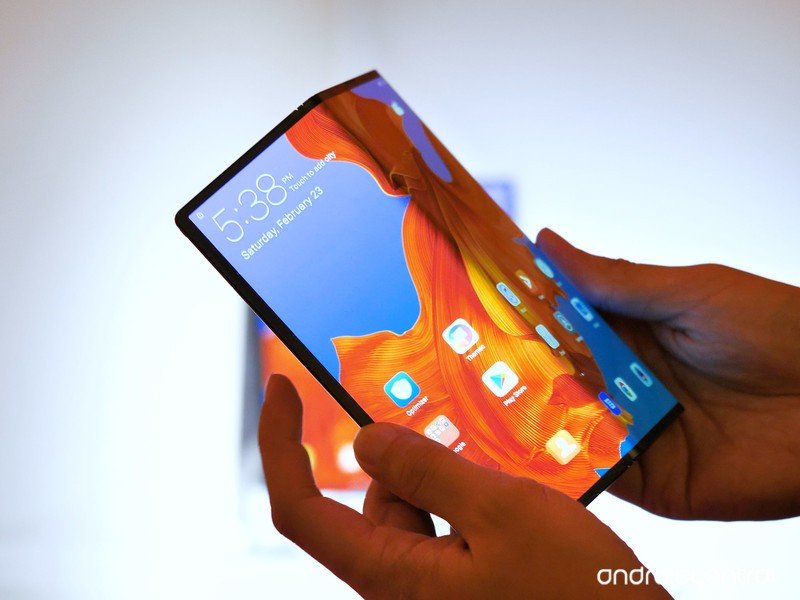 Believe it or not, the Galaxy Fold isn’t the only folding phone that’s out there. So far, its biggest competitor is the Huawei Mate X.

The Mate X is a downright stunning device, and in some ways, is even more impressive than what Samsung created. It uses a slightly different folding design, allowing its front/phone display to be much larger than what you’ll find on the Galaxy Fold. There’s also no notch on the tablet screen, and it has a higher screen resolution with a slightly beefier battery.

Another foldable the challenges the Galaxy Fold is the Motorola RAZR. Unlike the Fold and Mate X, which try to be a smartphone and tablet in one, the RAZR is basically a traditionally-sized smartphone that folds up to be extra portable.

And, of course, you can’t talk about competing foldables without mentioning Samsung’s own Galaxy Z Flip. The Z Flip shares a similar design compared to the RAZR, and in a lot of ways, is much better than it. It’s not quite as functional as the Fold, but depending on what you want to get out of your foldable, could be the better choice.

How many displays does the Galaxy Fold have? 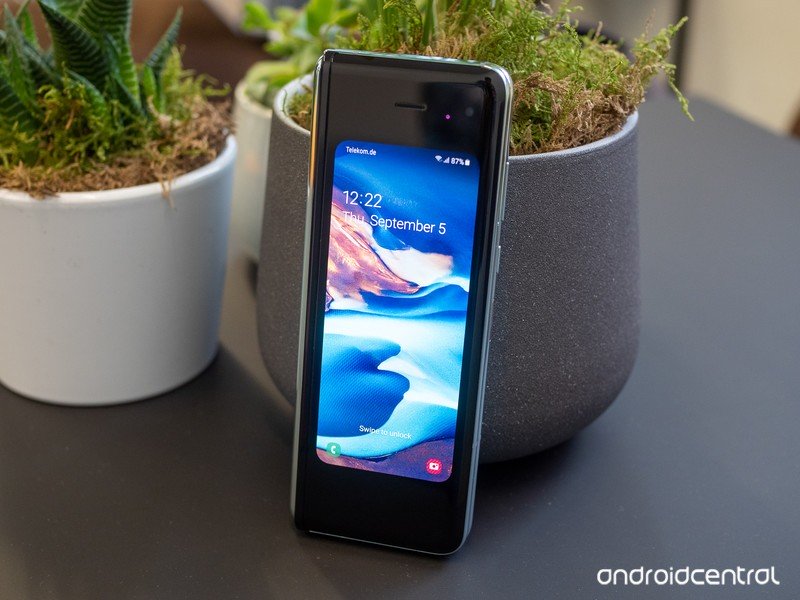 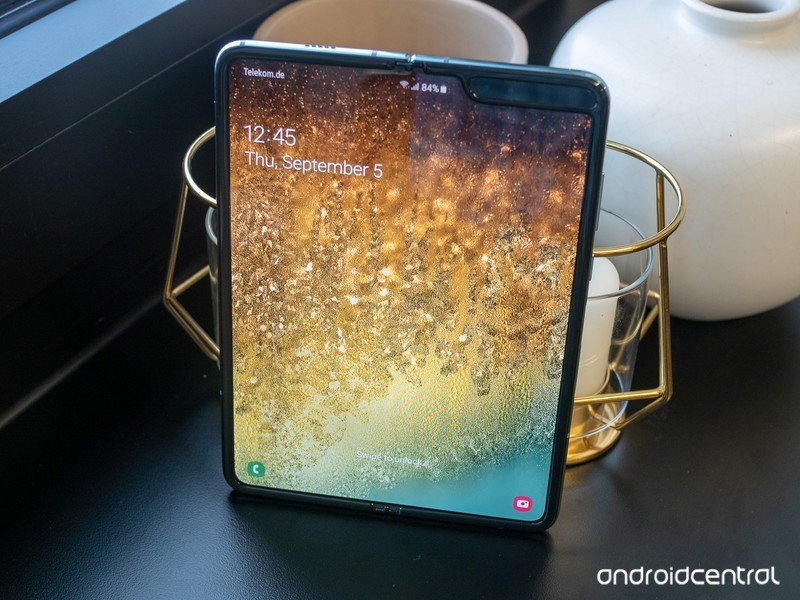 The main highlight of the Galaxy Fold is that it has two displays — one on the outside and another that’s revealed when you open the phone up.

The external display is a 4.6-inch HD+ Super AMOLED panel with a 21:9 aspect ratio. The inner/main display of the Galaxy Fold is a large 7.3-inch QXGA+ Dyanic AMOLED canvas with a form factor of 4.2:3.

You can use the outer display for anything you’d regularly use your phone for, including texting, making calls, spending endless hours on Twitter, you name it. However, the big draw to the Galaxy Fold is that you can open it up and get a tablet-like experience in a device you can easily fit in your pocket.

How does the Galaxy Fold’s hinge work? In order for the Galaxy Fold to be opened and closed, Samsung used a powerful hinge mechanism. Here’s how the company describes it:

Galaxy Fold opens smoothly and naturally, like a book, and closes flat and compact with a satisfying click. To achieve this, Samsung engineered a sophisticated hinge with multiple interlocking gears. This system is housed in a hidden enclosure for a seamless and elegant look.

Samsung’s really put these hinges to the test to ensure they keep on working for a while to come. More specifically, the hinge was tested to open and close 200,000 times. In real-world use, that translates to a five-year lifespan if you’re opening and closing the Galaxy Fold 100 times in a single day.

Is the Galaxy Fold good at multitasking?

The potential of a device like the Galaxy Fold is really exciting, and thankfully, Samsung did a good job of ensuring the software takes advantage of the unique form factor.

For one thing, when you’re using the Galaxy Fold with its main 7.3-inch display, you can get up to three apps simultaneously at once. Even more exciting, Samsung used the Galaxy Fold to introduce a new feature called “App Continuity.”

Let’s say you’re using the Galaxy Fold with its 4.6-inch display to browse Twitter and come across a video you want to watch. If you open the Galaxy Fold to access its larger screen, Twitter will automatically open up right where you left off to tie the whole experience together. That’s pretty cool.

How many cameras does the Galaxy Fold have? When it comes to cameras, Samsung didn’t cut any corners with the Galaxy Fold.

On the phone, you’ll find a total of 6 cameras. Here’s what they’re packing:

Should I just wait for the Galaxy Fold 2? As much as we love the Galaxy Fold, the fact of the matter is that it’ll soon be replaced. Samsung is preparing to launch the Galaxy Fold 2, and it looks to be quite the upgrade.

Design-wise, the Fold 2 is taking the original Fold’s design and making it even better. We’re still getting a large display on the inside, but the large notch is gone in favor of a small hole-punch cutout for the single selfie camera. Even more impressive is the front of the Fold 2, which drastically expands the size of the cover display compared to the current Fold.

Combine all of that with improved cameras, a faster processor, and (hopefully) improved durability, and the Fold 2 has a lot going for it.

Because of all that, you’re probably better off waiting for it to be announced before going out and buying a first-gen Fold right now. Samsung is holding an Unpacked event on August 5, and that’s where we expect the Fold 2 to be unveiled. Given how soon that is, we say it’s worth waiting a few days to see what happens.

An entirely new kind of smartphone

The Samsung Galaxy Fold is something special. It was first foldable phone to launch in the United States and made every other handset look like a piece of ancient history. There are still some quirks with folding phones as a whole, but if you want to buy one, the Fold continues to be one of the most impressive you can get.