Samsung is set to launch the Galaxy Watch 3 on August 5 at Unpacked.

Samsung is preparing to launch the Galaxy Watch 3, its successor to the Galaxy Watch Active 2, and a new leak by Evan Blass (@evleaks) on Twitter has all but given away whatever prior leaks may have managed to obscure.

Aside from showing off the watch’s design, the leak also comes with a detailed spec sheet. There’s not much new there, a lot of it confirms what we’ve heard before including the RAM, the inclusion of the ECG and other health sensors, durability level, rotating bezel, waterproofing, and so on. We can expect the Watch 3 to come in two sizes, a 45mm, and a 41mm variant. Color-wise, Samsung’s new Mystic Bronze will be making an appearance for the 41mm model paired with a Mystic Silver edition, while the 45mm version will have just Mystic Black and Mystic Silver models. Buyers will also have the option to choose whether they want LTE or not.

Software features of the upcoming wearable have also leaked in the past month, confirming fall detection and new gestures, an earlier leak indicated the app would come with Microsoft Outlook and Spotify built-in.

Samsung will launch the Galaxy Watch 3 alongside the Note 20, Galaxy Z Fold 2 5G, Galaxy Tab S7, and Galaxy Buds Live. Like with the Galaxy Watch 3, all these devices have had extensive hardware leaks within the past few days. Samsung may still have some surprises up its sleeve, but it’s hard to imagine what those may be. 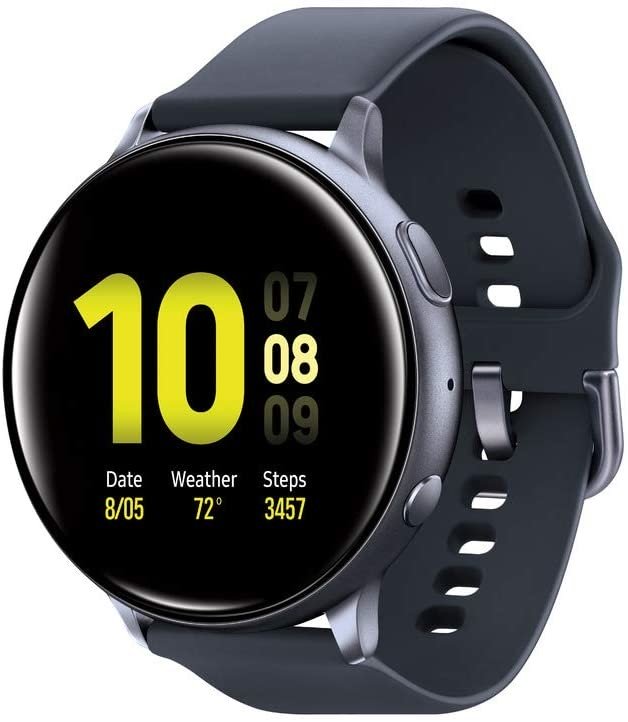 At the moment, the Galaxy Watch Active 2 is one of our favorite Samsung smartwatches. It manages to straddle the line between being a good smartwatch and a good fitness tracker, and it does it while being stylish.