Dell XPS 17 buying guide: Here’s what you must know before opening your wallet 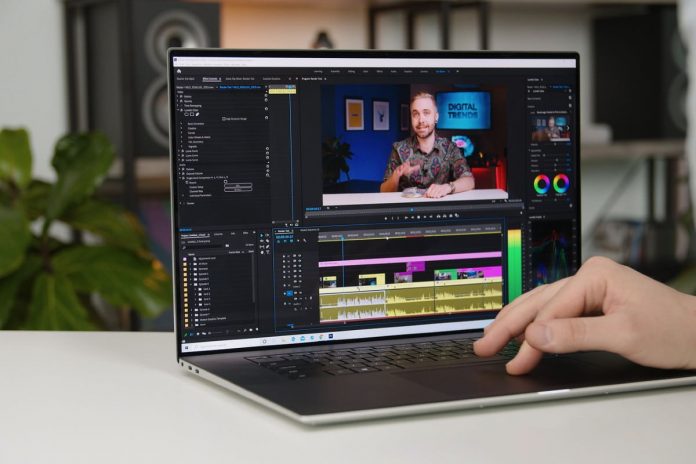 The Dell XPS 17 is the largest, most powerful, and most expensive XPS laptop ever made. It’s the first 17-inch laptop I’ve recommended in many, many years.

If you’ve already got your heart (and wallet) set on it, you’ll want to be very careful about how you configure it. You can spend anywhere between $1,400 and $3,600 on the XPS 17, but not everyone needs all the upgrades. Here’s how to determine which are worth the money and which can be skipped.

The Core i5 is a quad-core processor, which isn’t cut out for heavy lifting. It’s a 45-watt processor, but with only four cores and eight threads, it won’t handle demanding video rendering well. It should handle lighter content creation like Photoshop or Lightroom good enough, so as long as you aren’t editing extremely high-resolution photos. For gaming, the Core i5 has more than enough processing power, but you can’t configure this processor with a discrete graphics card, so that’s out of the question. The Core i5 should only be a consideration for those who primarily interested in the XPS 17’s large screen.

The two other options are where most buyers will be looking. The Core i7-10750H is a six-core processor, while the Core i7-10875H is an eight-core processor. Your eyes might glaze over at the string of numbers and letters, but pay careful attention to which you get. More cores and threads means extra processing power for applications that can use them. If you spend all day rendering 4K video in Adobe Premiere Pro, the jump between six cores and eight cores is significant. It’s a must-have upgrade for creative professionals. If that’s more of a hobby or something you only do a few hours a week, six cores will be enough to get you by.

You can purchase the Core i7-10750H starting at $1,900, while the cheapest Core i7-10875H model starts at $2,850. Of course, those aren’t apples-to-apples comparisons, as Dell includes different graphics, RAM, and storage for those configurations.

A model with the Intel Core i9-10980HK will be out sometime this summer, but it’s not yet available.

Dell offers three different graphics options, and it’s tied them to the three processors. The Intel Core i5 model has integrated graphics, which means it can’t play modern 3D games. You also won’t get any of the benefits that discrete graphics bring to content creation.

From there, Dell offers two discrete graphics upgrades: The Nvidia GTX 1650 Ti and the Nvidia RTX 2060. The GTX 1650 Ti comes with the six-core Core i7, starting at $1,900. If you turn down some graphics settings, you’ll be able to play many games at close to 60 frames per second in 1080p. That includes fast-paced shooters like Battlefield V or Fortnite. You’ll struggle to play tougher games like Assassin’s Creed Odyssey though. This configuration closely resembles what you can get with the Dell XPS 15.

The XPS 17’s gaming capability is best when configured with the Nvidia RTX 2060. This is a gaming laptop-class graphics card, and the XPS 17 makes great use of it. Thanks to its new thermal system, the XPS 17 can push the RTX 2060 up to 60 watts. This was the configuration I reviewed, and it made a huge difference in both gaming and video editing. The combination of the eight-core CPU and the RTX 2060 was the fastest laptop for video rendering in Adobe Premiere Pro I’ve ever tested.

Memory is one area Dell allows more flexibility. You can choose between 8GB of RAM and 64GB, regardless of what processor you use. Of course, configuring a Core i5 processor with 64GB of RAM isn’t a good idea. Most applications that could use that much memory won’t get the most out of that processor. Jumping to 16GB of RAM may helpful though, especially if you’re an extreme multitasker who plans to dock your laptop and fill out your task manager with a long list of applications.

It’s a similar story with storage. All configurations can go up to a 2TB solid-state drive, while the Core i5 starts with just 256GB. If you’re working on large multimedia projects, you’ll want at least 512GB of storage, but Dell locks you in with plenty of storage in its configurations.

Dell’s prices for upgraded storage aren’t extravagant, but it should be noted you can add more storage yourself. The laptop has a free M.2 slot for an additional hard drive. Adding a second hard drive yourself will save you money, if you’re comfortable cracking the laptop open.

Dell offers just two display options on the XPS 17. The screen in the base model is 1,920 x 1,200 resolution, which is similar to a standard 1080p display. The reason for the strange resolution, of course, is the unorthodox 16:10 aspect ratio. The higher-resolution option is 3,840 x 2,400, which has a higher pixel density than a typical 4K screen. This 4K+ screen is gorgeous, with almost perfect color precision. It’s one of the best screens you could ask for, especially if you’re a photo or video editor.

The lower resolution is cheaper, and it’ll provide better battery life. The 4K+ screen suffers from low battery life, only lasting four or five hours on a single charge — depending on usage, of course. The larger the size of the screen, though, the more you’ll appreciate a higher pixel count. In this case, the higher resolution is definitely worth the upgrade.

Both displays are locked at 60Hz. That means frame rates higher than 60 frames per second aren’t of much benefit. Neither screen offers G-Sync or any other screen-tearing protection.

Facebook
Twitter
Pinterest
WhatsApp
Previous articleLogitech made a Mac-specific MX Master 3. Is it the ultimate mouse for Mac?
Next articleSamsung’s new UV smartphone sterilizer doubles as a wireless charger

Looking for a new laptop? Treat yourself this Christmas and buy the Dell XPS 13 for only $1,199.
Read more

Defining the best gaming monitor for your PC gaming setup varies upon your budget, the type of games you play,
Read more