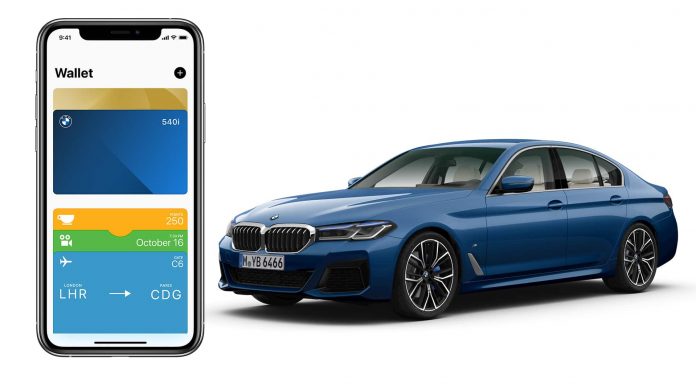 Apple at WWDC announced Car Keys, a new feature designed to allow digital car keys to be added to the Wallet app on the iPhone, allowing iPhones and Apple Watch models to be used in lieu of a physical car key.

Apple at the time said the feature would come to both iOS 13 and iOS 14, and the first Car Keys partner, BMW, today added support for the feature to its BMW Connected app. With Car Keys support, a BMW Digital Key for the ‌iPhone‌ can be added to the Wallet app on the ‌iPhone‌.

The feature allows the ‌iPhone‌ to be used to lock and unlock the car by holding it up to the door handle, and it can also start the car when the ‌iPhone‌ is placed in the smartphone tray in the vehicle. Access to a car can be shared with up to five friends or family members, with various restrictions available.

For more on how Car Keys works and its feature set, make sure to check out our guide.