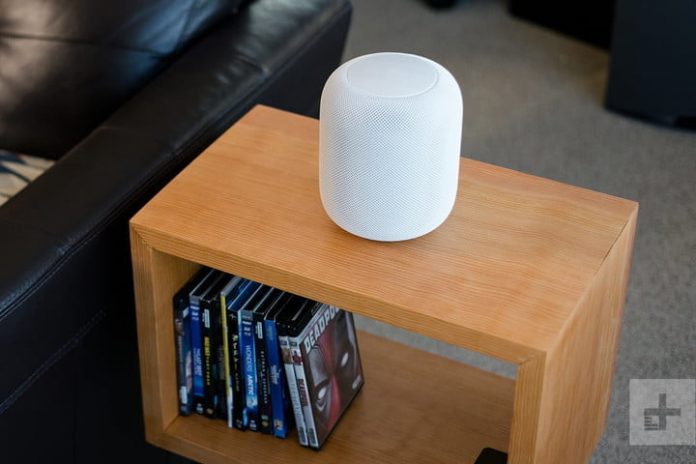 With Best Buy’s 4th of July sales officially underway, now’s the perfect time to score the gadget of your dreams for a lot less, like the Apple HomePod and iPad Pro 12.9 (2018), both of which are on sale right now. You’ll need to act fast, though: Discounts on Apple products typically don’t last long.

The HomePod continues Apple’s legacy of keeping it simple yet stylish. This smart speaker is not only wonderfully minimalistic but is also built like a tank. At 5.5 pounds, it has real heft, and that’s because of robust cabinetry and huge magnets on the internal drivers, which produce out-of-this-world bass. The HomePod is very simple to set up, but here’s the catch: You must have an iOS device that’s capable of running iOS 11.2.5, otherwise you won’t be able to use it. The most primitive Apple devices that it will work on are the iPhone 5S, iPad Mini 2, and iPod Touch sixth generation. There is also a tragic lack of a Bluetooth connection and auxiliary input jack to connect non-Apple devices. Despite the drawbacks, here’s where the HomePod really aces it: Sound quality. With a large cavity that houses a 4-inch woofer and seven tweeters surrounding the speaker (each coming with its own high-powered amplifier), the HomePod is the audiophile’s smart speaker. Every music genre that we played on it sounded lush and rich in details, perfectly complemented by a full-bodied bass that means business. The HomePod is made exclusive for the Apple faithful. It normally retails for $300, but right now you can get it at Best Buy for a whopping $100 off.

If you’re looking for something powerful to replace your laptop with, take a look at the 12.9-inch iPad Pro (2018). Although it’s no longer the latest iPad Pro that you can get, this model is still spectacularly up-to-date in terms of design, functionality, and specs. It has a lot going for it, starting with its 2,388 x 1,668-pixel resolution Retina LED display. Images look super sharp, colors are vibrant, and it gets plenty bright even when outdoors. Furthermore, it supports HDR content and has a 120hz screen refresh rate, so watching videos and working on this tablet is an absolute blast.

The iPad Pro is a workhorse of a portable device. It is powered by the powerful A12X Bionic processor. Playing graphically demanding iPad Pro games was fast and fluid in our experience with the device, and Apple even claims the chip can process graphical input better than the Xbox One. Multi-tasking also wasn’t an issue, as the iPad Pro can deftly handle heavy programs like Photoshop with relative ease. While you might still want a desktop or laptop to run other programs, the iPad Pro is the best for professionals compared to the iPad Mini, iPad, and iPad Air. Probably the biggest draw for the iPad Pro is its exclusive compatibility with the 2nd-gen Apple Pencil. The other iPads only support the 1st-gen Apple Pencil, which you have to plug into the Lighting port to charge and which is always in danger of snapping in half. The Apple Pencil 2, on the other hand, can be charged wirelessly and magnetically attaches onto the frame of the iPad Pro. Get it at Best Buy today for $850 instead of $900.

How to update the software on your Huawei phone

Even if you have the best Android phone ever, updating your phone is still extremely important. Software updates bring improved
Read more