Home News AV1 codec: What it is and why it's so important for the...
News 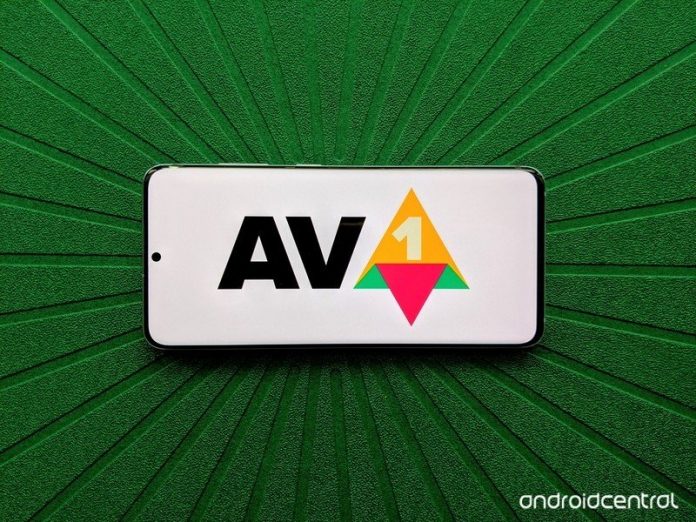 Royalties are an expensive pain, so AV1 has gone to great lengths to sidestep them entirely. 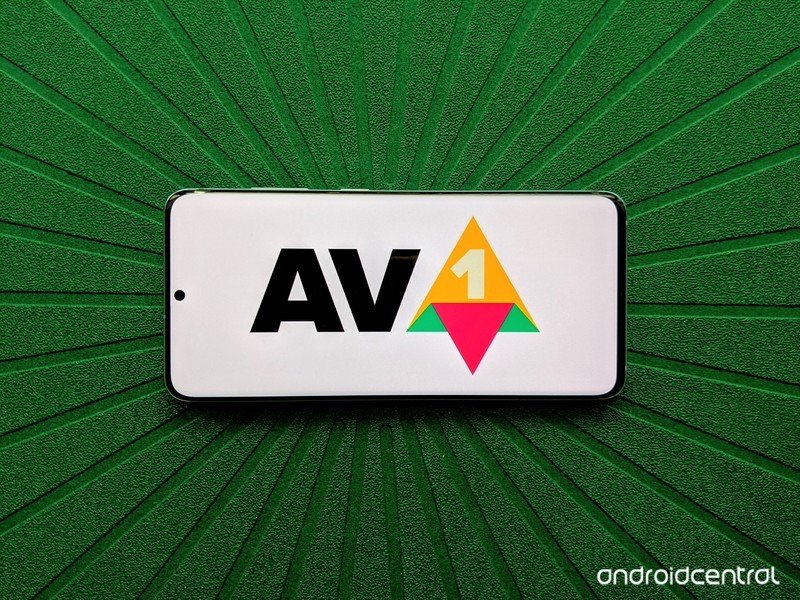 People — especially marketers — love to throw around terms like 4K. Everyone wants a 4K TV and to watch their favorite shows and films in 4K, and why not, right? We want to get all the pretty colors and the deepest blacks, right? Well, 4K is easy to slap on a box, but actually playing a movie in 4K requires the data to be packaged for transit and then unpackaged in a specific video format that is supported by both the source content and your TV or console. There are several standards out there for manufacturers and content creators to use, but one that will be of extra importance over the next few years is AV1.

So what makes AV1 so special? Well, it’s a royalty-free format, which means that using it comes with fewer headaches.

AV1 is a video format standard that is developed and managed by the Alliance for Open Media, an alliance that includes dozens of major manufacturers and digital giants like Google, Apple, Amazon, and Samsung. This non-profit alliance was developed to form an open video standard that is more efficient and affordable for all kinds of users on all sorts of devices. 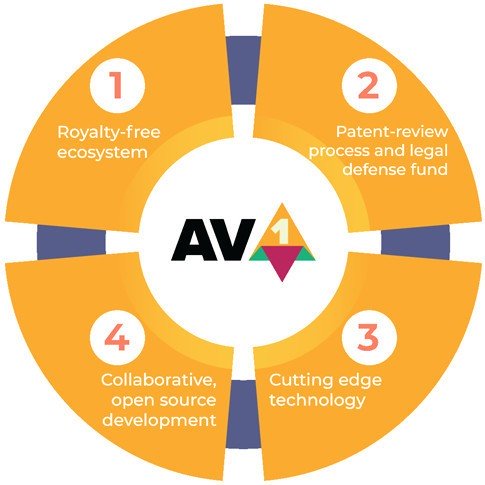 See, previous standards like AVC (and its successor HEVC) were expensive to license, impossible for open-source projects to use, and a gamble for everyone involved. Because of these issues from standards developed and managed by the Moving Picture Experts Group — the group behind all the MPEG versions — a number of tech companies started developing open video standards such as Google’s VP9, Mozilla-backed Dalaa, and Cisco’s Thor.

AV1 is the successor of these three standards, developed with a goal towards being a standard that can be more widely used and more efficient — which is important when you’re trying to serve up millions of HD or UHD streams at the same time. High-def isn’t the only place AV1 is hoping to improve things, though, as AV1’s various decoder levels start down at [email protected] Even lower-resolution video can benefit from AV1’s efficiency, which tests from Netflix and Facebook have shown is 25-50% more efficient than competing codecs.

Behold the improvement Google Duo sees with AV1, shown on the left.

As a quick lesson, efficiency for digital video relates to how small of a bitrate you need in order to still keep video quality high. If Codec A can deliver a [email protected] video in 60MB while Codec B can deliver that same quality video in 40MB, then Codec B is 33% more efficient. Being able to squeeze a higher quality video out of a smaller file is good news for the end-user — who can use up less of their data plan — and better news for content providers, who can serve more users at a time. Google recently swapped Google Duo calls to AV1 to improve quality and reliability for users making calls on congested or low-bandwidth networks.

Remember how YouTube, Netflix, and others downgraded all their video during the height of the COVID lockdown because European telecoms said they were being overwhelmed? Using AV1 could prevent things like that from happening as much in the future.

Of course, we have a long way to go before we get to the point where we can see these sorts of benefits, because AV1 is still a work in progress; both in terms of actual AV1 codecs and especially in terms of hardware support.

Before we get into the weeds here, there are two ways a video standard can be supported on a device: if it is hardware supported, then when you play an AV1 video, the CPU offloads the decoding to the GPU, freeing up the CPU to keep doing other things while the GPU handles decoding and playing the video. If a device lacks the hardware support for a codec, then software decoders can still be used to play the video. Still, the CPU has to handle the heavy-lifting of decoding and playing the video, which can slow down your device and, in some cases, overtax it if your device doesn’t have a super-powerful processor.

AV1 has been software-supported on Chrome, Opera, and Microsoft Edge since 2018 and Firefox since 2019, but even then, that support isn’t always a sure-fire thing. The software “containers” that encode videos in AV1 and then decode them for playback — called a codec — are still mostly works in progress. SVT-AV1 is a stable codec Intel and Netflix collaborated on but is explicitly designed for big, beefy data center servers. The decoder dav1d developed by VideoLAN’s — the maker of VLC, the popular open-source video player — and FFmpeg’s open-source communities is one you’re far more likely actually to see in use, but it, too, is in a constant state of improvement and bug-fixing. There are a few other codecs, but they’re all either still in active development, or they’re the reference codec Libaom, which works but requires powerful processors to handle it at a decent speed. 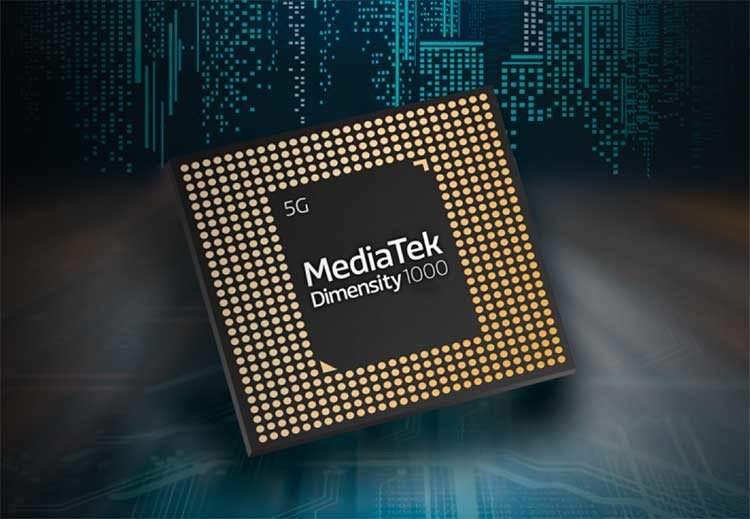 Things are less rosy on the hardware side, as there are only a handful of processors and SoCs (system-on-a-chips) that support hardware decoding of AV1 video. YouTube for Android TV was updated with software support for AV1 a few months ago, but I’ve yet to come across an Android TV that actually can play anything in AV1, because not even the newest NVIDIA Shield TVs can support it with their older, less powerful processors. The only phone on the market to support AV1 decoding at the hardware level is the Oppo Reno 3 5G, which uses the MediaTek Dimensity 1000.

AT CES 2020, both LG and Samsung announced 8K TVs that are capable of supporting AV1, but for the rest of the TV market, it’s still going to be years before most AV1 sees wide TV support. Gaming consoles aren’t in a much better position.

So what does all of this mean? 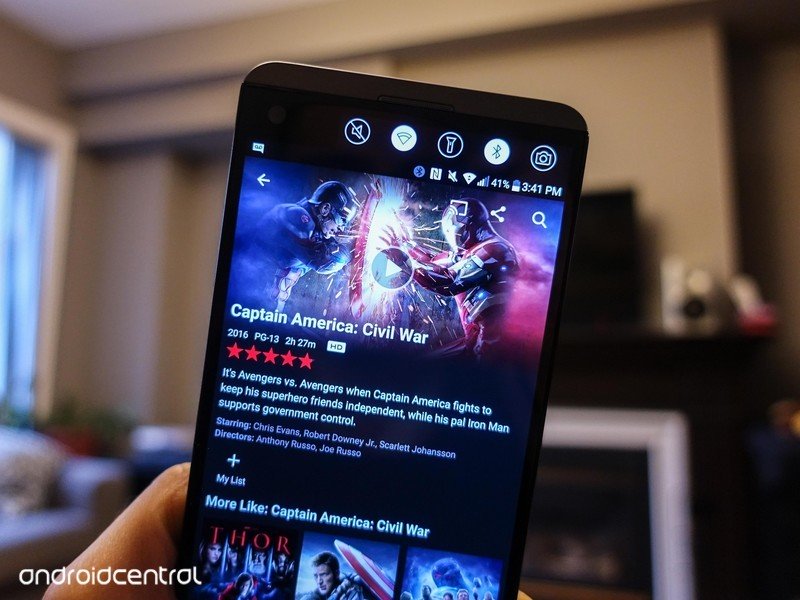 While AV1 can do great things in the future, you probably won’t be seeing much with it for a while. Netflix didn’t start streaming any content in AV1 until February of this year, and they’re only doing it on Android so far because both macOS and iOS lack AV1 support at the system level right now. And given that AV1 got no mention at Apple’s developer conference this summer, I’d wager it’ll be at least 2021 before we see support on any Apple products.

Since AV1 is royalty-free, it should see much more extensive support even before the hardware catches up — which should maybe be in about five years — as open-source projects continue to try and push AV1 codecs to be better on all sorts of platforms. And of course, you can expect the continued support and devotion of AOMedia’s members like Google, Amazon, and Netflix, who are all keen to stop paying royalties for older video formats to MPEG-LA and its ilk.

It won’t happen overnight, but AV1 is shaping up to be what no one could agree on a decade ago for HTML-5: a global internet standard for video.

Facebook
Twitter
Pinterest
WhatsApp
Previous article125W charging is coming — what do you think about that?
Next articleUK to phase out Huawei equipment from its 5G networks by 2027

It's launching ten new games, with more to come.What you need to knowGoogle this week launched a new Games Lobby
Read more

Where’s Android 10 for my smartphone?

Not sure if your phone will get Android 10? You've come to the right place.Android 10 has been out for
Read more