Home News Apple warns that MacBook screens may crack if closed with a camera...
News 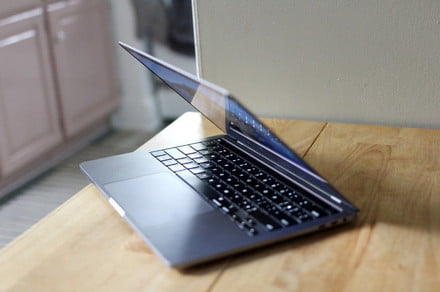 Apple has issued a warning against closing the MacBook, MacBook Air, or MacBook Pro if a camera cover is installed, as doing so may cause damage to the computer’s screen.

Camera covers have increased in popularity amid growing concerns of hackers taking over the built-in webcams of computers. However, in a support page that was spotted by MacRumors, Apple said that closing the MacBook with a camera cover may damage the display because the space between the screen and the keyboard is “designed to very tight tolerances.”

In addition to the potential damage, Apple said that using a camera cover will affect MacBook features such as automatic brightness and True Tone, as it will interfere with the ambient light sensor.

For work environments that require a camera cover, Apple said that the camera cover should not be thicker than printer paper, which is 0.1 millimeters, and it should not leave behind an adhesive residue.

Is your webcam hacked?

There are a few telltale signs that a webcam is hacked, including an indicator light that turns on at strange times, browser extensions turning on the webcam, and unexpected webcam video files stored on the computer, among others.

A camera cover will certainly address the problem of hackers potentially watching you through your computer’s webcam, but for MacBook owners, learning the signs of a hacked webcam is a no-cost alternative compared with having the computer’s screen repaired.