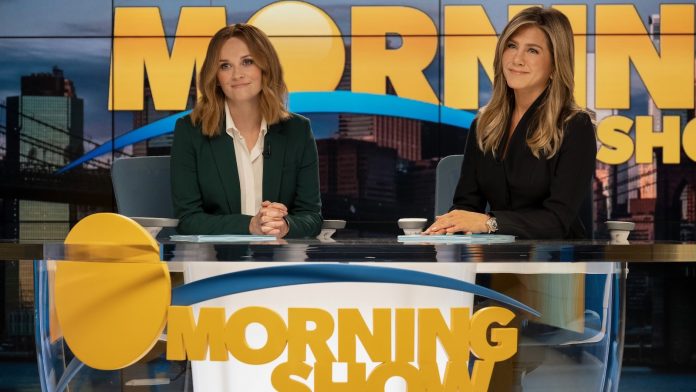 Duplass, who plays producer Chip Black, said the show is currently in rewrites to reflect the “current global situation.”

“We shot two episodes before we shut down due to the pandemic, but I know that they’re also rewriting, which is crazy because that’s what happened in the first season. They had a whole set of scripts [then] and they rewrote everything to include the #MeToo movement, and now we’ve got other, larger, global phenomenon to deal with. I don’t know what they’re doing but I know they’re rewriting.”

Duplass said that even though some of his co-stars such as Reese Withersppon and Gugu Mbatha-Raw did not receive Emmy nominations, they “all put in great performances.”

There’s no word on when the second season of “The Morning Show” will air, and Duplass said he has no insight into when the series might be back in production after coronavirus delays. Filming on ‌Apple TV‌+ shows and other shows has been paused due to widespread outbreaks in Los Angeles and other cities across the United States.Tags: Apple TV Shows, Apple TV Plus
This article, “Apple TV+ Series ‘The Morning Show’ Getting Season 2 Rewrites to Reflect Pandemic” first appeared on MacRumors.com

Facebook
Twitter
Pinterest
WhatsApp
Previous articleJust How Small Will the 5.4-Inch iPhone 12 Screen Be? Try It Out for Yourself
Next articleA guide to finding your new favorite Chromebook keyboard!