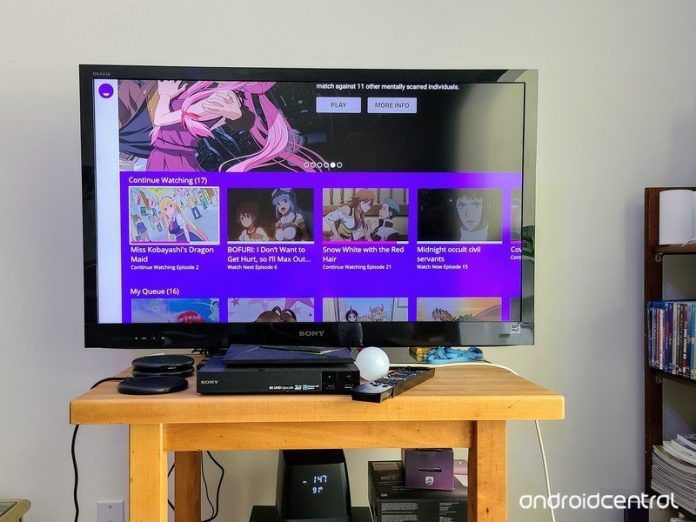 Compatibility means more than “I can download this app and hit play.” 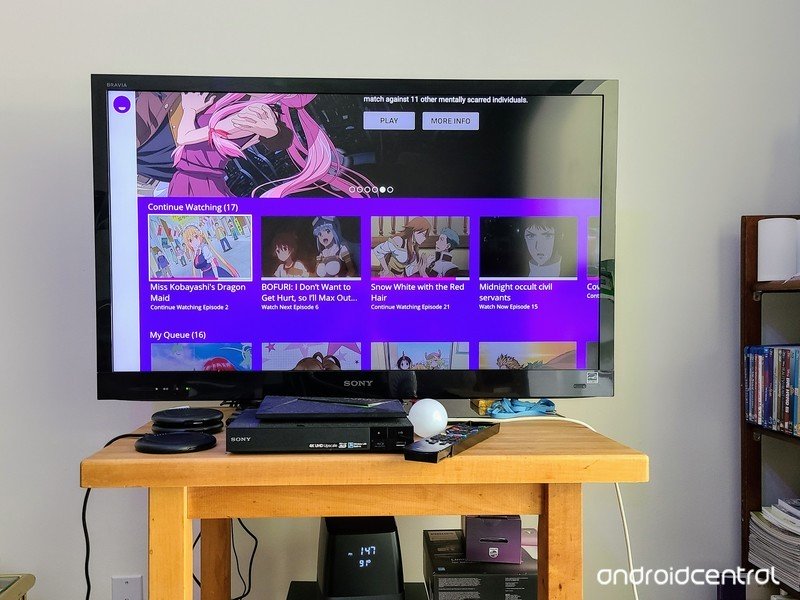 I’m someone who loves to watch re-runs, who loves to quote along to her favorite films, and someone who has a fast-forward button and is NOT afraid to use it! As such, I’m very particular about how apps are laid out and how they control playback on various platforms. Last time, I was cheering about how wonderful fast-forwarding and rewind are on the Disney+ Android TV app, but today, I come with ill omens.

Mostly because I want to watch Good Omens without being reminded what an absolute load of crap Amazon Prime is on Android TV.

There are actually plenty of apps that are just this side of horrible on Android TV, but Amazon Prime Video is the one that gets the most flack, and for good reason: the interface and app flow on Prime Video absolutely suck. From trying to find a show to watch to rewinding that perfect scene to show your partner, the Prime Video experience is just miserable. 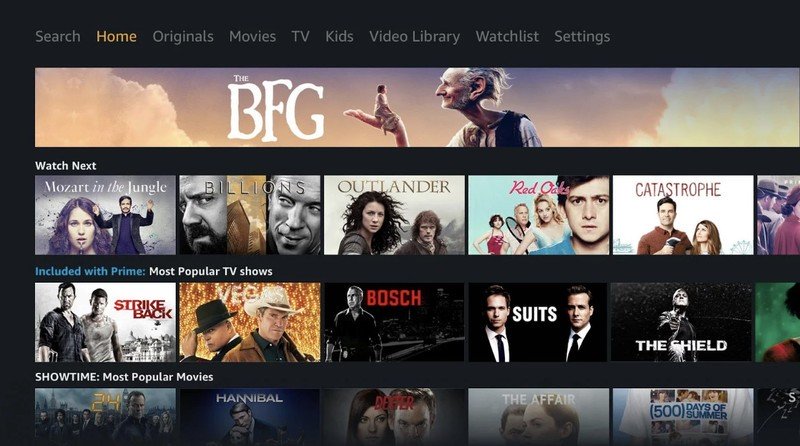 Let’s start with how Prime Video came to Android TV: NVIDIA and Amazon made a deal to bring it to the Shield TV years before it became available on any other Android TV devices — a list that is still pitifully small today. While NVIDIA is very hands-on in demanding the best experience for its users, even they apparently couldn’t convince Amazon to make the Android TV app pleasant in any way.

As a matter of fact, if you have Prime Video on your NVIDIA Shield right now, you’re probably dealing with the same outdated version of the app I have for the last two years because the pre-loaded app wasn’t set up to be auto-updated. You’ll need to hunt down the app in Google Play and manually update it to the new version in order to fix the most egregious long-term problems the app has had. 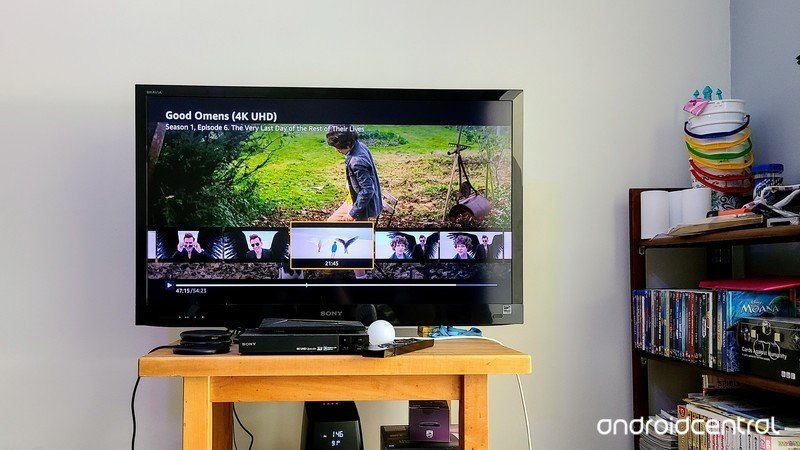 Prime Video’s spring update finally fixed the fast-forward and rewinding so that you’re not continually overshooting your target, but there’s still no way to turn off auto-play. So when you go to re-watch your favorite episodes, instead, it plays three seconds of the end-credits (that it skipped last time) and then auto-plays straight to the next episode. I’ve spent the better part of ten minutes trying to get to the rewind controls quick enough to prevent autoplay from skipping episodes before I can get it back to the beginning because the “Play from beginning” will trigger for the following episode, not the one you just selected.

This app is the worst, and that’s saying something on Android TV.

Browsing for a show to watch is a sea of tiny icons with even more miniature labels for “Prime Included” or 4K. Then when you get to a show’s page, browsing between seasons is time-consuming and annoying for anything longer than a miniseries. Swapping seasons is better than it used to be, but it’s still clunky as all get-out.

And I’m not the only one to notice the horrible, no-good, very bad interface on Prime Video’s Android TV app; its Google Play listing is chock full of user reviews with the exact same qualms I have with the app. It’s slow to load, the settings are limited and revert to defaults too often, and repeated time and time again: “this is the worst video player on Android TV.”

That is an even more damning criticism once you look at other Android TV apps. Another egregiously bad Android TV app is Funimation’s. I’ll start off by saying that Funimation’s playback interface isn’t nearly as bad as Amazon’s. Still, you’ll have to do your seeking blind because there are no previews here ever, as opposed to Amazon, where the seeking previews will load maybe 55% of the time.

And of course, navigating the rest of the app makes you want to scream your favorite Japanese curse words at the screen. 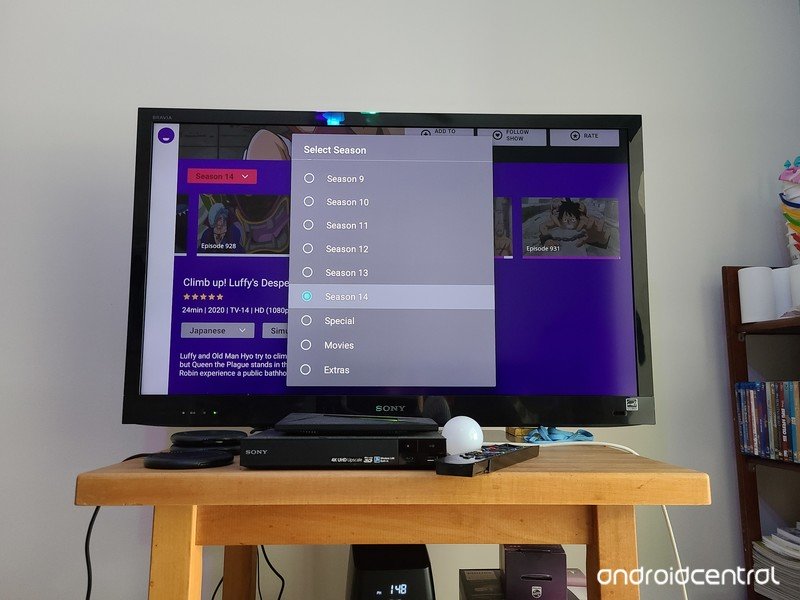 The layout is clunky, especially when trying to navigate between sections or navigate between seasons in a show. The sidebar doesn’t always load properly, and there will be weeks at a time where the SimulDub tab just refuses to load. You also better be sure to watch an episode all the way to the end, because like Prime Video, it’ll skip the episode and play the credits instead, and the Continue Watching carousel is absolutely filled with episodes that you actually finished and just exited out of the credits on. Funimation does get points for its auto-play not being as overbearing and insistent as Prime Video’s.

Now, this all isn’t to say that a good app experience is impossible to come by on Android TV. The Disney+ app offers a great experience, as mentioned before, and the YouTube and Hulu apps are great as well — though it took literally YEARS for Hulu’s Android TV app to catch up to the rest of its apps in getting the new UI. Funimation and Crunchyroll’s apps may be a pain to navigate, but VRV does things right at least — well, apart from how you go between seasons or between subbed/dubbed. And CBS would be alright if it didn’t go to pieces the second the Wi-Fi hiccups. Okay, let’s just say there’s room for improvement all around. 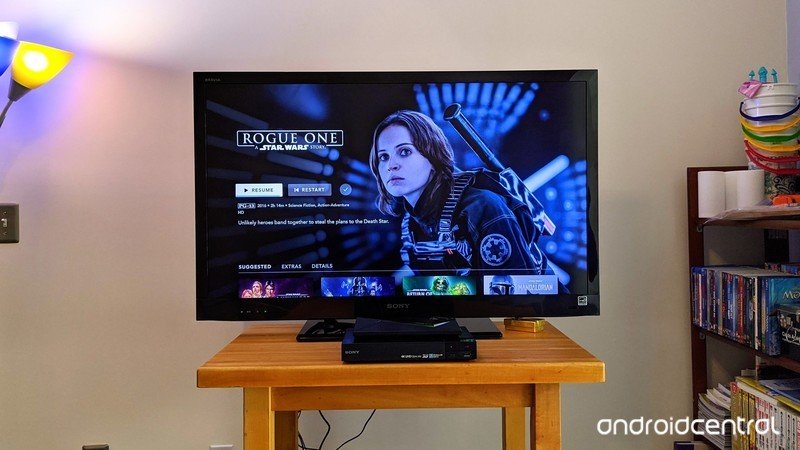 Part of the reason that these apps and so many more offer an inferior experience is that while Apple TV and Roku are relatively well-known, Android TV is an afterthought for consumers almost as much as it is for content services. It can be years before a new streaming service has an Android TV app, and it can take years more for that app to get bugs fixed and new features added, such as Amazon finally fixing the playback controls after three years of user complaints.

And without good apps, why would anyone want to buy an Android TV in the first place? Google may be about to give Android TV a shot in the arm with the new Sabrina-codenamed device, but unless Google gives serious incentives, the experience will remain as hobbled on it as it is on the NVIDIA Shield and other Android TVs.