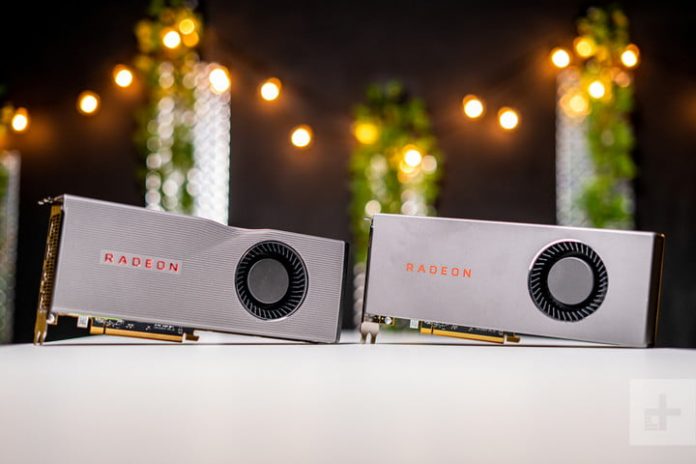 RDNA 2 is expected to be the Big Navi generation of cards that will finally topple Nvidia and steal its performance crown. Fans have been promised that many times before, though, and AMD has never quite managed it. But this time could be different. RDNA 2 is set to power the Xbox Series X and PlayStation 5’s next-generation gaming experiences, and rumors suggest the desktop counterparts could be monstrously powerful.

That’s not all RDNA 2 has to excite us, either. Here’s everything we know about RDNA 2 so far.

AMD has yet to announce a hard release date, but it does plan to debut RDNA 2 in 2020. It’s previously said that the cards would arrive before the next-gen Xbox and PlayStation consoles with RDNA 2 graphics. With those consoles set to arrive in either November or December, we’d expect RDNA 2 GPUs to begin shipping in September or October.

Like its successive generations of high-performance Ryzen processors, AMD has committed to a regular release of new graphical hardware. Following the release of its RDNA RX 5000 cards in 2019, it promised a sequel in RDNA 2 in 2020. That has been confirmed multiple times throughout the year, with a combination of leaks, rumors, and AMD’s own announcements that everything was on track, keeping fans salivating at the prospect of new, powerful AMD graphics hardware.

The first RDNA 2 graphics cards are expected to represent the long-awaited Nvidia-killer, Big Navi GPUs that have been promised for over two years now. Considering that, along with some of the high-specification rumors (see below), we’d expect the first RDNA 2 graphics cards to be expensive. AMD’s highest-end mainstream GPU at the time of writing is the RX 5700 XT, which starts at around $380. Factoring the potential performance improvements of RDNA 2 and its new-gen premium, we could see Big Navi costing anywhere from $600 to $1,000.

RDNA 2 is the second generation of AMD’s RDNA architectural design, and like its Zen CPU architectures, it represents a dramatic shift in not only raw performance but performance scalability for successive generations. AMD has promised a 50% performance per watt improvement of RDNA 2 over RDNA — the same gain made with RDNA over the last GCN designs in the Vega series of GPUs. That manifested as an improvement in power efficiency as much as it did in raw performance. The 5700 XT was around 30% faster than the Vega 64.

With no huge need to cut back on the power draw of its high-end cards, RDNA 2 could deliver a big boost to raw graphical performance in the high-end cards.

According to AMD, the major advances in this generation of GPU will come through improvements in instructions per clock, an enhancement of its logic — which streamlines the design through reducing complexity — and enhanced clock speeds. Some of this will be enabled through a new, advanced 7nm process node. AMD hasn’t clarified which one it will use, but considering it used TSMC’s standard 7nm node for its RDNA GPUs, it’s expected to use the N7P nodelet — a mid-point between the standard 7nm node and the more advanced 7nm EUV design.

One exciting advancement of RDNA 2 appears to be an increase in the theoretical maximum number of compute units (CU) that AMD GPUs can support. Previous generations of GCN were constricted to a maximum of 64 CU and, therefore, a maximum of 4,096 steam processors. That looks set to change with RDNA 2, with some reports claiming that the high-end Big Navi card has as many as 80. That’s double the 40 that were present in the 5700 XT.

AMD claims that its Big Navi RDNA 2 GPU (known as Navi 21) will disrupt the 4K gaming market in the same way that its Ryzen CPUs did in their market. That’s a bold claim, suggesting that it could be a turning point in an industry that has seen AMD unable to assail the highest peaks of graphical performance for multiple generations and many years. If the rumors of what Big Navi can do are true, however, it could well give Nvidia a lot of trouble.

Factoring AMD’s claims of a 50% improvement to performance per watt over RDNA and the potential for an 80 CU card at higher clock speeds, AMD’s top-tier RDNA 2 GPU could be faster than Nvidia’s RTX 2080 Ti — the fastest card available ahead of Nvidia’s own next-gen Ampere release.

In fact, the latest rumors suggest the Navi 21 card could go well beyond the 2080 Ti, offering speeds in excess of 40% or even 50% more. That’s reportedly down to a combination of higher power draw at greater efficiency, a higher clock speed, and a new design with twin clusters of 36 CU.

Microsoft said earlier this year that its RDNA 2-powered Xbox Series X would offer as much as 12 TFLOPs of computing power. That’s 20% faster than an AMD RX 5700 XT. The PS5 will offer as much as 10 TFLOPS itself, leveraging RDNA 2 to deliver higher-fidelity graphics than any PlayStation that’s come before. A high-end desktop GPU would likely be substantially faster again than either of these consoles, lending more credence to the idea that the Navi 21 GPU would be something quite special.

The GPU will reportedly be paired with as much as 16GB of high-speed memory, most likely GDDR6, though HBM2E is also a possibility.

Alongside Navi 21, AMD is reportedly working on two other RDNA 2 GPUs: Navi 22 and Navi 23. WCCFTech reported in mid-July that these chips are substantially smaller and may represent new-gen replacements for the existing 5600 XT and 5500 XT. Navi 22 may be a Mac-exclusive mobile part, too.

It’s been rumored that this will be a feature that’s exclusive to high-end graphics cards, which might suggest it will not have bespoke ray tracing cores like Nvidia’s RT cores on the RTX 2000 series. It’s still possible that AMD has some specialized hardware accelerators up its sleeve, but we have yet to hear anything more on that front.

We do know its new-gen cards will support variable rate shading, though. That allows developers to render games at their highest fidelity where they believe the player is looking, lowering detail elsewhere to save on overhead.

It’s likely that AMD will continue to push its Fidelity FX sharpening feature on new-gen RDNA 2 graphics cards, as we haven’t heard anything that would suggest it plans anything like Nvidia’s Tensor core-driven DLSS technology. That may prove a detriment to AMD, as the second generation of Nvidia’s DLSS has proved incredibly effective and good-looking. That could help team green stay ahead on performance, even if the raw power of AMD’s new cards can compete effectively with Nvidia’s Ampere cards.

The Fitbit Versa 3 is a watered-down version of the Fitbit Sense. However, the money saved makes it easily the
Read more

We really hope Apple doesn’t add MagSafe to everything, but fear it will

What if Apple decided to introduce its MagSafe system on more products, aside from the iPhone? We imagined such a world, and didn't like what we saw.
Read more

The OnePlus 8T Concept uses mmWave radio waves to track objects around it -- and it can even track your breathing. Of course, you can't actually buy the phone.
Read more

The Apple Watch Series 6 is the perfect companion for all-day wear, especially at its reduced price of $339.
Read more