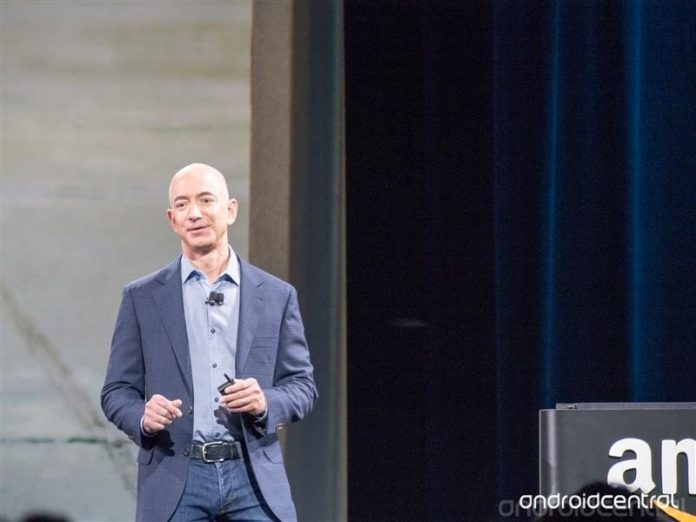 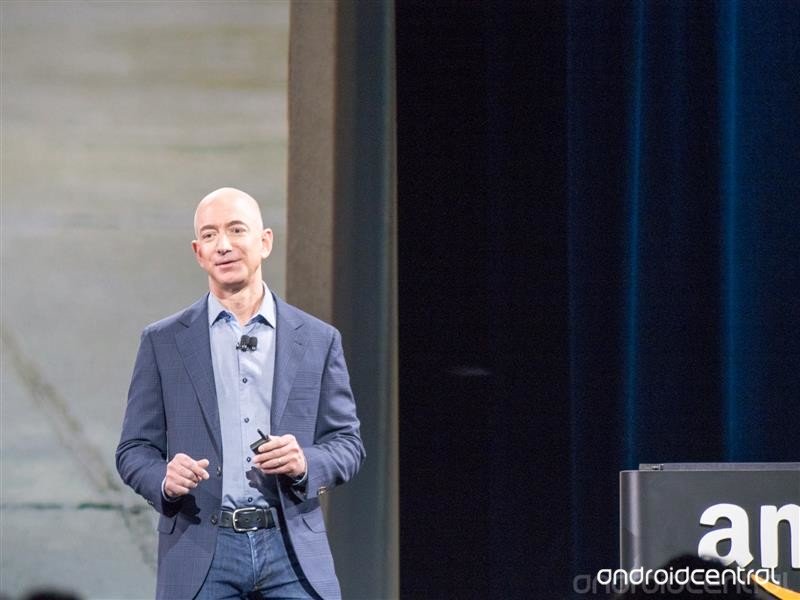 At the House hearings into Big Tech, Jeff Bezos wants to tell us how Amazon is good for everyone’s bottom line.

Amazon is in a unique position during the current U.S. House of Representatives’ antitrust hearings. Among the five tech giants testifying and trying to set a defense against any future actions over being a monopoly, Amazon is the only one who sells its own products alongside products from partners.

We like to think about Amazon’s other tech interests. Amazon produces and distributes movies and shows, its cloud infrastructure is one of the world’s biggest, and the company’s consumer goods like the Echo or a Fire TV device are in millions of homes across the world. But the main focus of any antitrust investigation into Amazon will be focused on how it treats its third-party sellers on Amazon.com.

Jeff Bezos knows this, too, and it’s why he opened his testimony to the House Judiciary by reminding us all how much money small companies make because of Amazon.

Amazon is a profitable business but also empowers other smaller competitors.

That’s also something most of us never think about. Amazon spends billions every year on its giant online marketplace and presumably turns a profit regardless of how fancy accounting makes it look like Amazon.com may be a loss leader. Amazon also opens that same market to just about anyone who wants to sell a product, new or used. Bezos claims that over 60% of all items sold at Amazon come from third-party sellers.

There are plenty of businesses that exist only because of this practice. To be clear, it benefits Amazon, too, because the more items in its market the more apt we are to use it. But you can’t dismiss the millions of dollars that don’t go directly into Amazon and instead are distributed through small businesses across the U.S. and the world.

One of those sellers is Sherri Yukel, who wanted to change careers to be home more for her children. She started handcrafting gifts and party supplies for friends as a hobby, and eventually began selling her products on Amazon. Today, Sherri’s company employs nearly 80 people and has a global customer base.

This goes even further when you understand that products like an Amazon Echo are loss-leading products designed to get you to spend more money at Amazon.com. You can tell Alexa to order socks or cucumbers or even auto parts and often times the order isn’t placed directly through Amazon and instead goes to a third-party seller.

Speaking on how your company helps the U.S. economy is a powerful message to give to congress.

By reminding the members of the House subcommittee that Amazon was founded in a garage and that he drove the first packages to the post office himself, Bezos is reinforcing that because of Amazon other small businesses don’t have to do the same. When a small business is launched with an instant leg up, it increases its chance of success.

Amazon and Mr. Bezos only exist to turn a profit. Any idea otherwise is simply false. But that doesn’t mean that Amazon can — and maybe even does — use its market position to help small businesses stay afloat or possibly even become a true competitor. That’s a powerful idea to put in front of the House and shows that Bezos is more than capable of maneuvering his way through his first time in front of the U.S. Congress.

What do you do with all of your downloaded music, pictures, documents, and other media? As an Android user we suspect you rely on Google Drive and/or Google Photos for a decent amount of data.What happens when you get close to filling up your allotted storage space? What do you do with really massive files? Before you break out that credit card and purchase more storage through your cloud hosting, consider the deal we have in the AndroidGuys Deals Store.How would you like a lifetime account with 10TB (terabytes) of storage for the price of a nice date-night dinner?Head to the AndroidGuys Deals Store and you’ll find an incredible offer: lifetime access to 10 terabyates (10TBs) of 256-bit AES encrypted cloud storage from Degoo. Available for Windows, Mac OS, iOS (10+), and Android (4.1+), it  lets you keep everything that’s important to you all in one place.It doesn’t matter where it originates; you can back it up to the same cloud. What’s more, you can also share links to the files for friends, family, or co-workers.FeaturesSend files easily to friends via email or linkBackup up to 10TB of data under ultra-secure 256-bit AES encryptionReplicate your backup as you perform it, giving you extra peace of mindPerform backups to all of your devicesGet more backup space than Dropbox, OneDrive, & Google Drive combinedKeep your backup automatically up to date thanks to automatic file change detectionWhere to BuyYou pick up the lifetime account of Degoo 10TB storage for only $100 through the AndroidGuys Deals Store. Valued at well above $3,00 if you were to go it alone, we’re only too happy to give this discount to our readers.Also available are 1TB ($50), 2TB ($60) and 3TB ($70) options. No matter which way you go you’ll have a lifetime account.Best SellersSave even more!For every $25 you spend in the AG Deals Store you get $1 credit added to your account. And, if you refer the deal via social media or an email that results in a purchase, you’ll earn $10 credit in your account.First Time Buying?If this is your first time buying, you are also eligible for 10% discount! Just be sure to subscribe for email updates.Free StuffNot looking to spend any money today? No worries. You can still visit the AndroidGuys section for freebies and pick something anyhow.
Read more

Telegram is an encrypted messenger which is essentially similar in look and functionality to Whatsapp. With Telegram group chats, you can include polls, mention other users, view group stats, all in a group of up to 200,000 people. Now, you can also have a voice chat.Any Telegram group can be a voice chat room, with the voice functionality being always on. You can join and leave the voice chat at anytime, maybe as a good function for coworkers to discuss something really quickly.Voice chats will always have a bar at the top to show who is actively in it, with the option to join immediately. On all platforms, once you join the chat, you can continue to move around Telegram with the quick ability to mute and unmute. On Android, this functionality is further expanded with a floating button that can follow you anywhere throughout your phone.With this new update, animated stickers will load faster, as well as showing an outline of the stickers available while it loads. There’s also:Ability to move data to SD Card on AndroidNew Android app animationsAbility for Siri to read your messages out loudBetter editing capabilities – equal on both iOS and AndroidEven more animated emojiIn addition to all of this, Telegram founder Pavel Durov has announced plans to monetize Telegram in the most privacy-friendly way possible, including paid features for businesses or power users as well as an ad platform that is more user friendly. Any revenue resulting from this move will also be paid forward where possible, such as paying artists for their stickers.
Read more

Save 50% on the award-winning EarFun Free true wireless earbuds

Wireless headphones and earbuds are some of our favorite accessories. Time and again we hear from others that once they’ve removed cords and cables, it’s hard to go back to something that’s physically tethered.The EarFun Free true wireless earbuds, on sale today for just $39.95. These wireless earphones offer up to 30 hours of playtime with the charging case.As our featured offer of the day, the EarFun Free picked up a few awards earlier this year. And once we had a chance to check them out for ourselves, we understood why. They’re sweat and water resistant, feature four microphones, and pack a tremendous amount of battery life.FeaturesErgonomic design for long-wearing comfort & stabilityEarbuds automatically turn on & pair after one-time setupWorks flawlessly within a range of 49 feetBluetooth 5.0 enhances stability & connection of the earbuds100% IPX7 waterproof & SweatShield technology to get you through all weather conditions6 hours of listening time plus extra 24 hours of playtime from the handy charging caseUnique design helps to ensure you don’t easily lose your earbudsAdvanced wireless charging via Qi charging padBuilt-in 6mm graphene drivers offer powerful deep bass & premium soundBuy Now!You can purchase the EarFun Free True Wireless Earphones for only $39.95 in the AG Deals Store. Hurry, take advantage of the 50% discount while you can!Best SellersEarn Credits!For every $25 you spend in the AG Deals Store you get $1 credit added to your account. And, if you refer the deal via social media or an email that results in a purchase, you’ll earn $10 credit in your account.First Time Buying?If this is your first time buying, you are also eligible for 10% discount! Just be sure to subscribe for email updates.Free StuffNot looking to spend any money today? No worries. You can still visit the AndroidGuys section for freebies and pick something anyhow.
Read more