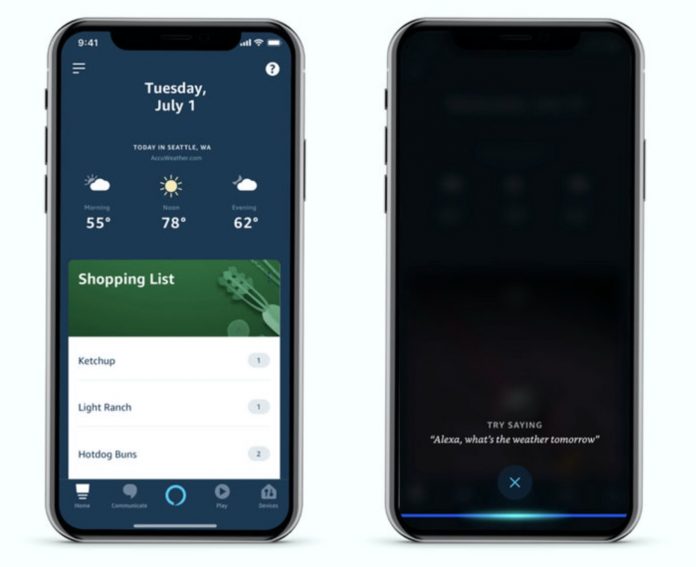 Amazon is making it possible to use Alexa “hands free” from within its Alexa mobile app for iOS, reports TechCrunch.

Up until now, you had to tap the blue Alexa button at the bottom of the screen before you could issue a voice command.

After updating the app, users will be able to simply speak to Alexa to make lists, control smart home devices, and more, without having to touch their iPhone.

While Amazon calls it “hands free,” it’s not like you’ll be able to invoke the company’s digital voice assistant if your phone is locked or when you’re in another app.

What users will be able to do, however, is ask Siri to open the Amazon Alexa app, and then they can start using the new hands-free experience from there.

After updating the app, users will be presented with the option to enable the hands-free detection and can then begin to use the feature. According to TechCrunch, a setting is also being made available that will allow users to turn the feature off at any time.

Amazon says the feature is rolling out over the next several days to users worldwide on both iOS and Android.Tags: Amazon, Alexa
This article, “Amazon’s Alexa App Gains ‘Hands-Free’ Voice Activation Feature” first appeared on MacRumors.com

Save some money on the JackyLED 10-outlet surge protector power strip tower when you get it for $19.99 during this
Read more

Watch seasons 1-4 and use the rest as coasters.Prime Day means fantastic deals on some of the best TV show
Read more

Grab The Hunger Games 4K collection for $60 on Prime Day

In times of strife, it can be reassuring to just sink into cinematic comfort food and watch fictional dictatorships torn
Read more