Home News A new MacBook Air with Apple’s own chips may be coming later...
News 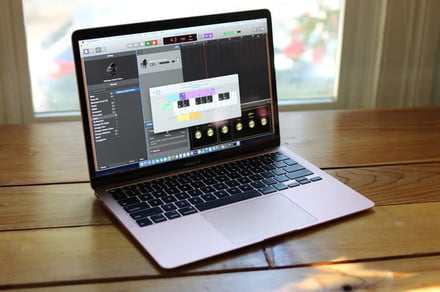 Apple is reportedly on track to upgrade most of its MacBook models to its own chips by next year. Longtime analyst, Ming-Chi Kuo, in his latest research note, claims Apple is developing an Arm-based MacBook Air and could launch it as early as at the end of this year.

Kuo believes that an upgraded 13.3-inch MacBook Pro powered by Apple Silicon will likely go into mass production in the fourth quarter of this year. Similarly, a new MacBook Air will arrive in that same period or in the first quarter of next year. Both of these won’t have any visual changes and will largely feature under-the-hood improvements.

What’s more, Kuo reaffirmed a few of his earlier predictions. These first Arm-based Macs will soon be followed by a 14.1-inch MacBook Pro with a revamped design and an upgraded 16-inch MacBook Pro. They will come equipped with Apple Silicon and the rumored mini-LED displays, a new technology that enables more vibrant and accurate screen quality. Kuo adds, however, that these won’t arrive before at least the second or third quarter of 2021.

The report doesn’t share an update on the upcoming iMac with an “all-new form factor design” and a 24-inch display. In another research note last month, Kuo predicted that a revamped 24-inch iMac will arrive sometime in this year’s third quarter and that Apple will soon follow it up with an ARM variant in the first half of 2021.

As per Kuo, Apple is also reportedly working on a mysterious, new redesigned MacBook that will enter mass production in the second half of 2021 and is believed to be the long-rumored 12-inch MacBook that a few reports have suggested in the past.

At its virtual developer conference WWDC last month, Apple said it expects to launch the first line of Arm-based Macs later this year and plans to complete its transition to its own processors by the end of 2021. Apple didn’t share any concrete figures to tell how fast its Arm chips really are compared to their Intel counterparts but Kuo believes these early Arm Macs will offer a 50-100% performance boost. The Cupertino, California-based company has already begun rolling out special Arm-based Mac Mini kits to developers so that they can optimize their Mac apps before the new Macs land.

Facebook
Twitter
Pinterest
WhatsApp
Previous articleReady to upgrade your mesh Wi-Fi? These are some of the best options
Next articleApple Moving Forward on Semitransparent Lenses for Upcoming AR Headset

Apple shipped an estimated 14.3 million iPads in the second quarter of 2020, maintaining its position as the number one
Read more
News

If you have a Mac and have seen a "Not Charging" warning when plugging it in to power, Apple last
Read more
News

Apple shipped an estimated 14.3 million iPads in the second quarter of 2020, maintaining its position as the number one
Read more

If you have a Mac and have seen a "Not Charging" warning when plugging it in to power, Apple last
Read more