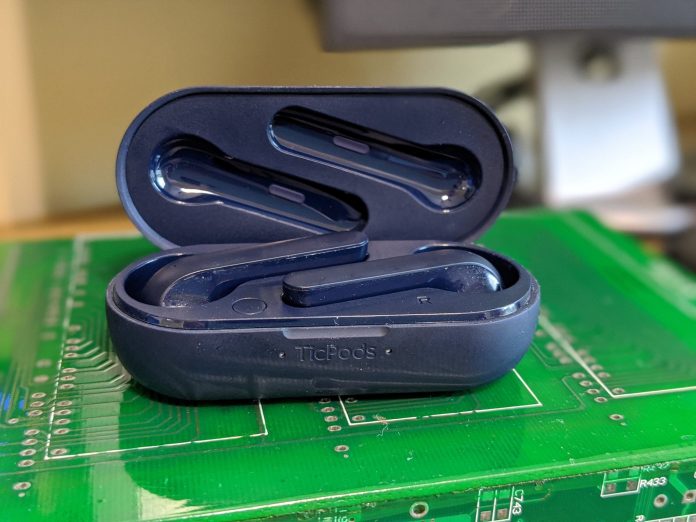 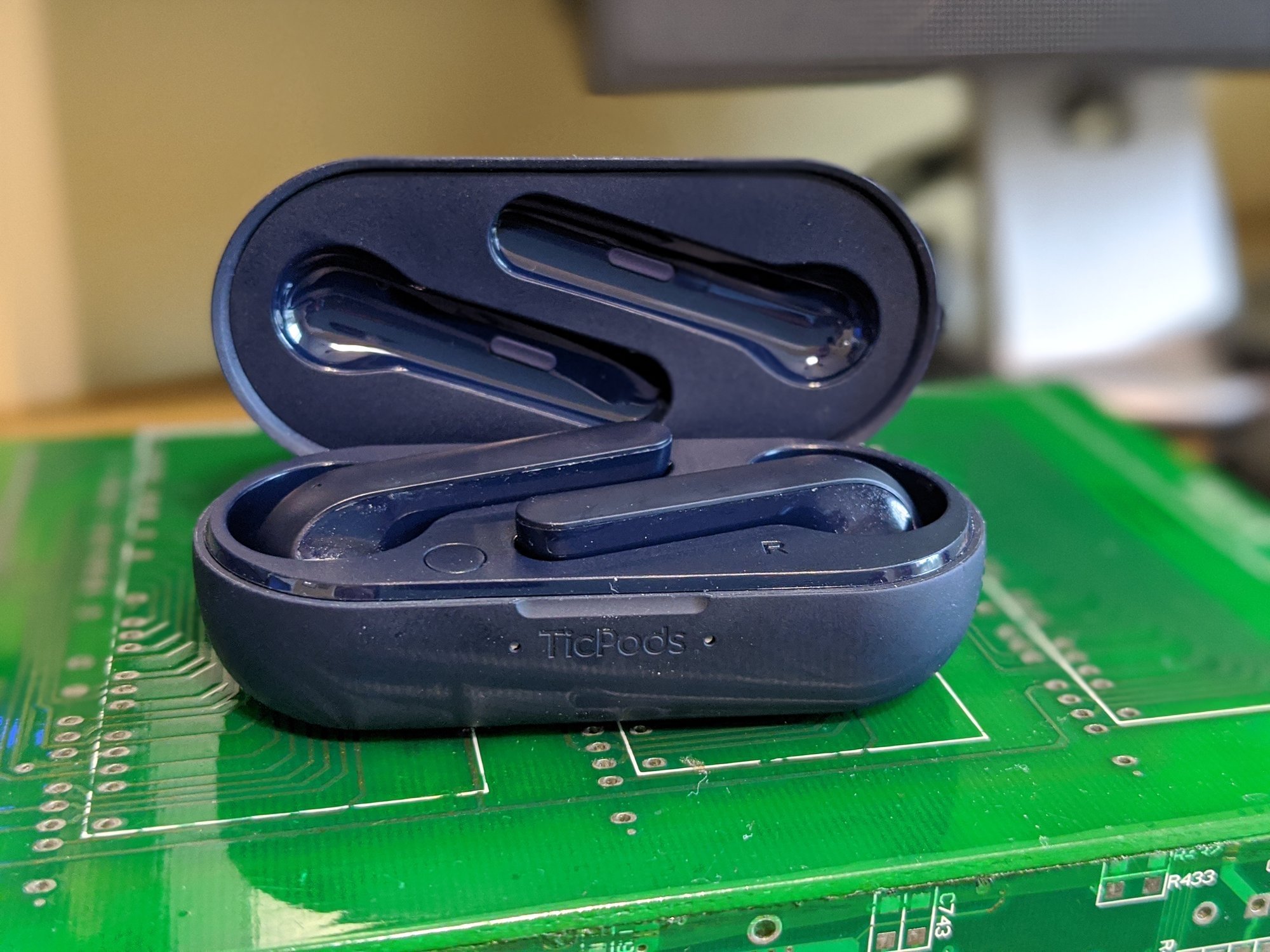 Depending on how closely you watch the mobile and smart space you have have heard of the Mobvoi brand. For those who aren’t familiar, the Chinese-based company has made some of my favorite accessories over that last few years. From the TicHome Mini, TicWatch Pro, and the original TicPods Free earbuds, the company continues to impress me.

Mobvoi has found a balance of value and quality that just seems right. So, imagine my excitement of new wireless earbuds with the TicPods 2 and the TicPods 2 Pro.

We haven’t had a chance to test the standard TicPods 2, but I’ve spent the last 2 weeks with the Pro edition. Do they live up to the overachievement of the original TicPods Free? Well, it’s complicated.

I’ll get this out of the way because it’s just a standard mention on many wireless earbuds these days. The TicPods 2 Pro look like AirPods. But I don’t see that as a negative. Good tech is sometimes an iteration on small, great ideas of predecessors. The stemmed and teardrop design will immediately be familiar to many. 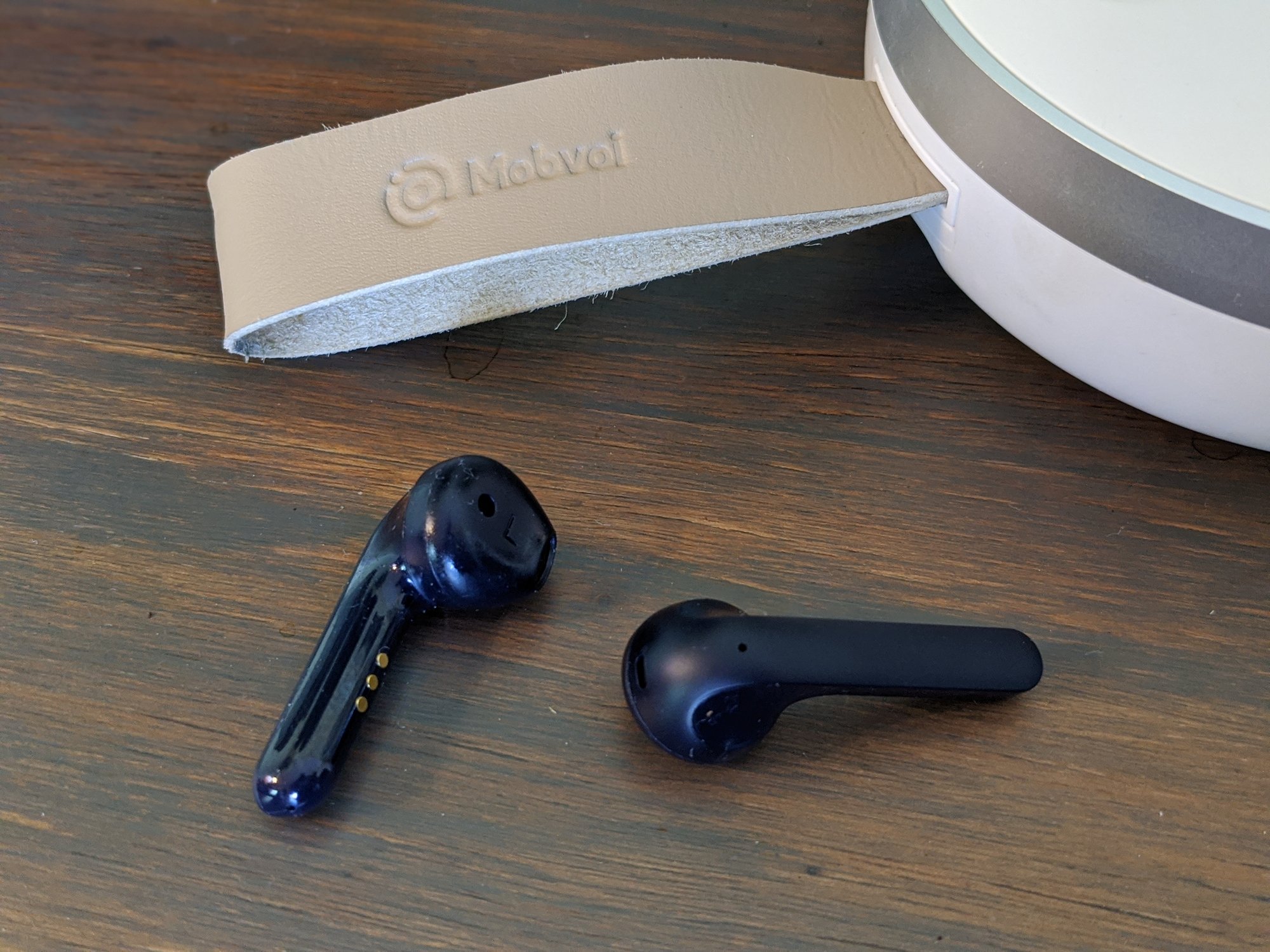 With that engineering, you are left with slim earbuds that are surprisingly light. So much so I was taken aback when taking them out of the case. The case is also much smaller than the previous generation. It keeps the same elongated “pill” design but has less of a footprint in your pocket. 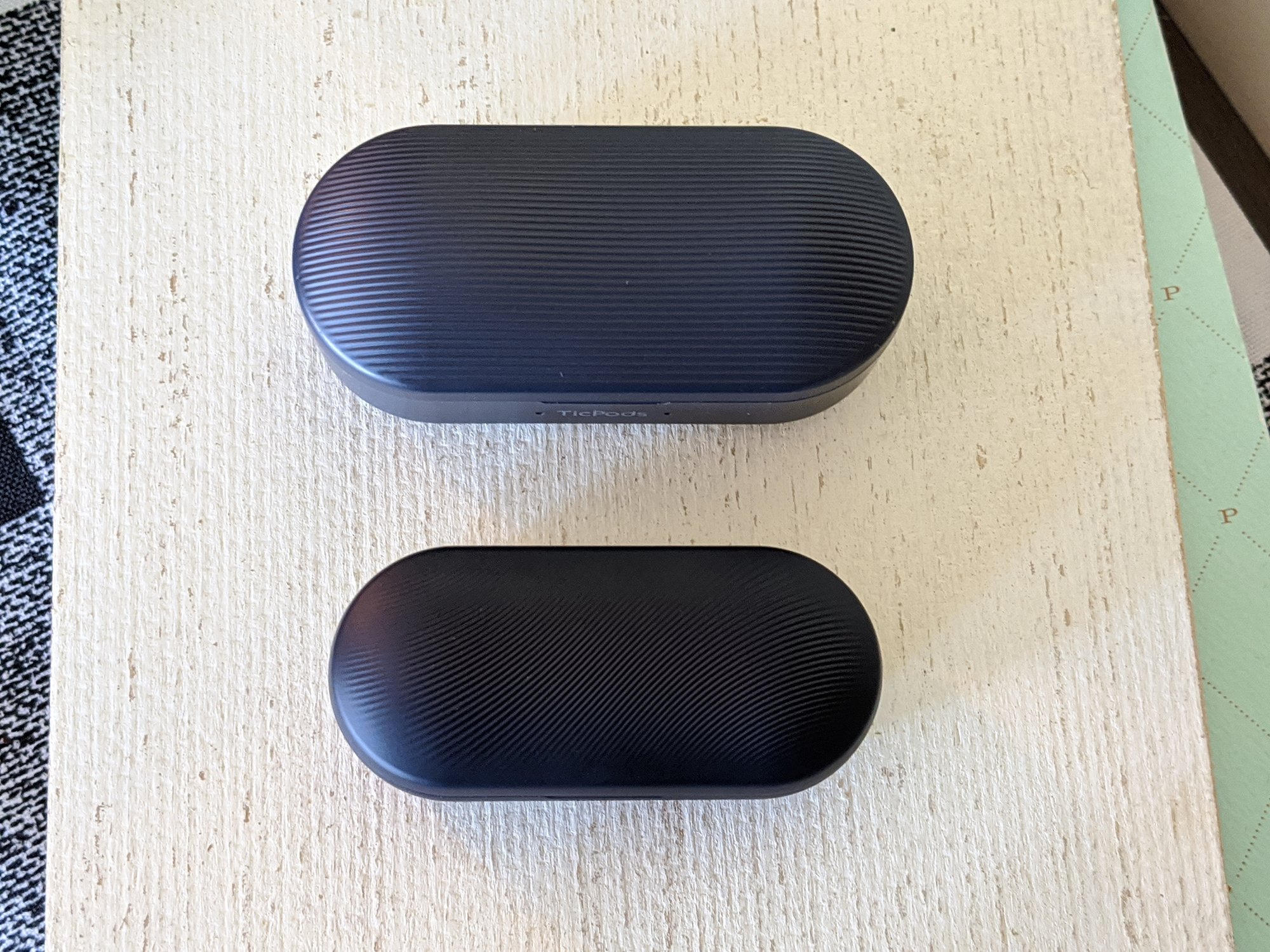 Around the back of the case, you’ll find a USB-C charging port. I’m glad that this is finally becoming the norm on most accessories and just as proud to see it with the TicPods 2 Pro. But, I have to admit that I am disappointed to not see Qi charging. Anything with a Pro moniker should have this now in my mind.

I feel like these two things go hand in hand. The longer wireless earbuds are going to last, the longer I want to wear them during the day. And vice versa. Let’s start with comfort. The previously mentioned lightness and small teardrop earpieces make the TicPods 2 Pro great to wear.

I had no issues wearing them as long as I wanted. The buds slip in and out of your ear with ease, but don’t fall out during a workout. I have no complaints about how the TicPods 2 Pro feel while being worn.

But that brings me to the biggest miss in this review. Battery life is not good. I rarely get more than two and a half hours per charge of the earbuds. You do get three full charges on top of that with the case but that still gets you less than stellar performance. The Pixel Buds 2 got destroyed on social media for only having four hours of playtime.

It’s also an hour and a half less than the estimated life on Mobvoi’s website. You expect some real-life differences, but my experience with earbud reviews has been fairly accurate with most devices. I’m not sure exactly what is killing this, but it’s a problem that most users will have with the TicPods 2 Pro.

The wireless earbuds world is about balance. You’ll never get the great, robust playback like those from wired, or wireless, canned earphones. The TicPods 2 Pro has a decent sound. It tones down the bass a little more than most but leaves you with a natural sound that I’m OK with from Mobvoi.

The TicPods 2 Pro also have Qualcomm’s aptX codec. This does lead to less latency and crisper sound that’s noticeable on the earbuds.

One thing I’ve missed on every other wireless earbud I’ve tried is the slide to control volume that Mobvoi included on the original TicPods Free. I’m happy to report that those controls and more are present in the TicPods 2 Pro. Slide your finger vertically on the stem of either earbud controls the volume.

Double-clicking can be set to invoke two different settings. I prefer to have it play or pause the current track because I don’t always wear both earbuds simultaneously (the left is the only side that can be used in mono mode). However, you can alter this double-tap to have the left side move to the previous track and the right side to move forward.

This same interaction will take or end a phone call. As the call comes in the double-tap answers the phone. After you’re done, the same will hang up the call.

You can’t have truly wireless earbuds these days without being able to call up your favorite AI assistant like a genie in a bottle. Google Assistant, and all the others, can be started by long-pressing the earbuds capacitive are and holding for two seconds.

Another addition to this is the TicPods 2 Pro has a custom hot phrase of “Hey Tico” to invoke your assistant of choice hands-free. It works as expected and wakes the attached phone to start a voice command. I will say my unscientific research points to it may be the culprit of the poor battery life.

Should You Buy Them?

I really like the TicPods 2 Pro wireless earbuds. Mobvoi has nailed the fit and design again and provide a great option that looks similar to what Apple is doing. However, I don’t know that you should buy them unless you are comfortable with less than three hours of playback. If you’re OK with that then the TicPods 2 Pro should be on anybody’s list of earbuds. You can snag TicPods 2 Pro on Amazon for $140 in either Navy or White.