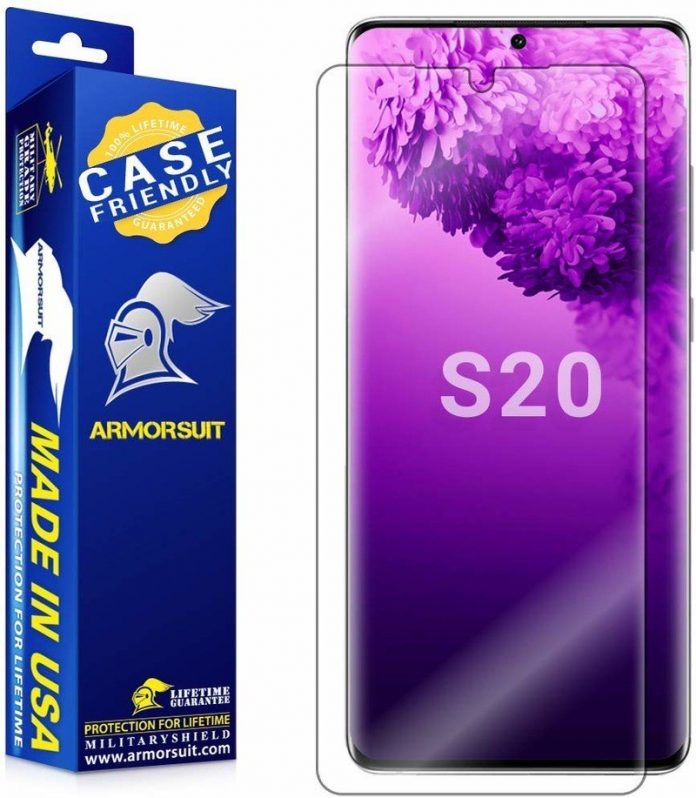 The Galaxy S20 comes with its own plastic screen protector, but it’s not of great quality. If you want the best possible experience, you’ll want a better quality screen protector that also works with the ultrasonic screen protector. It’s still early days, though, so stay tuned for lots of new additions in the weeks and months ahead. 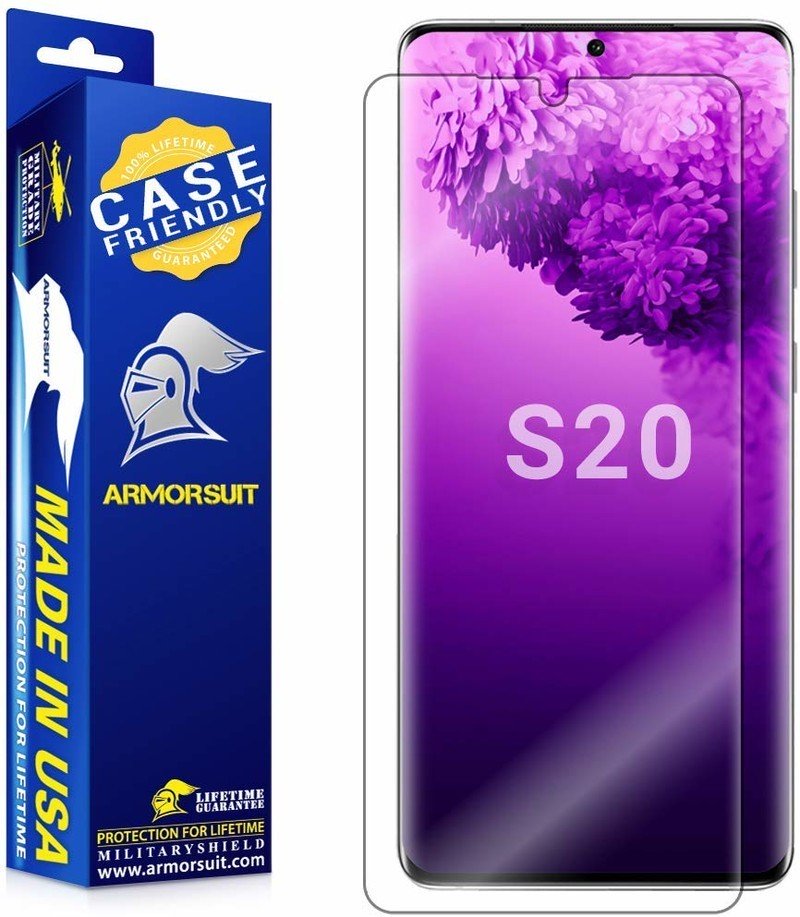 This oleophobic film protector comes in a compact roll and uses a wet application to avoid bubbles and misalignments. ArmorSuit is also one of the few screen protectors made in the USA if you prefer to buy domestic.

InvisibleShield is very proud of its work, but beyond the scratch and shatter resistance, there’s another critical reason to consider the Ultra Clear+. There’s an anti-microbial treatment built-in, helping keep your phone from getting you sick from the germs that hide on our phones. 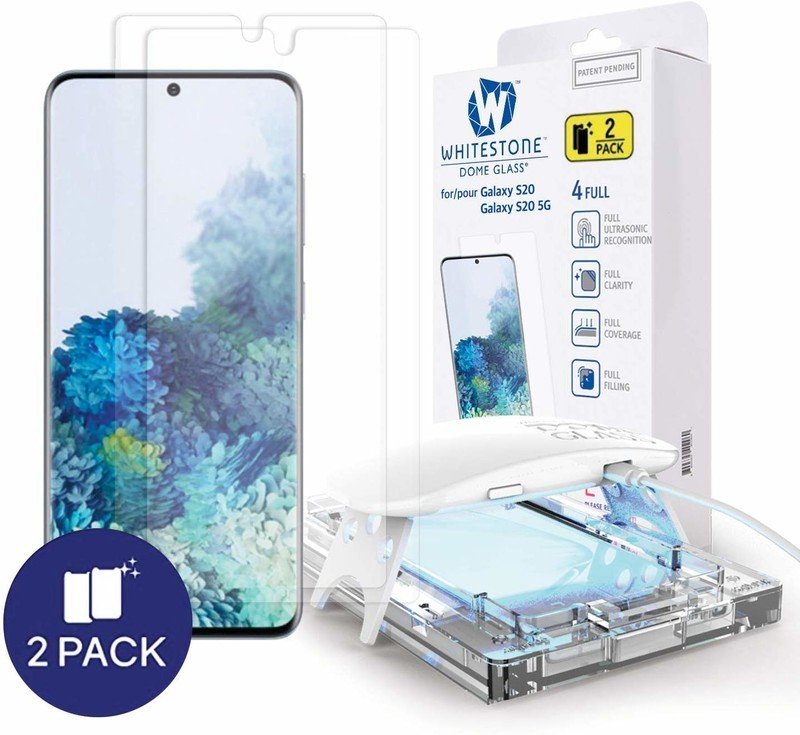 Glass screen protectors can be more finicky with the Galaxy S20 because of the ultrasonic fingerprint sensor, but the UV curing system Whitestone uses is one we know works. It’s expensive, to be sure, but it also holds well to the phone and lasts a long time. 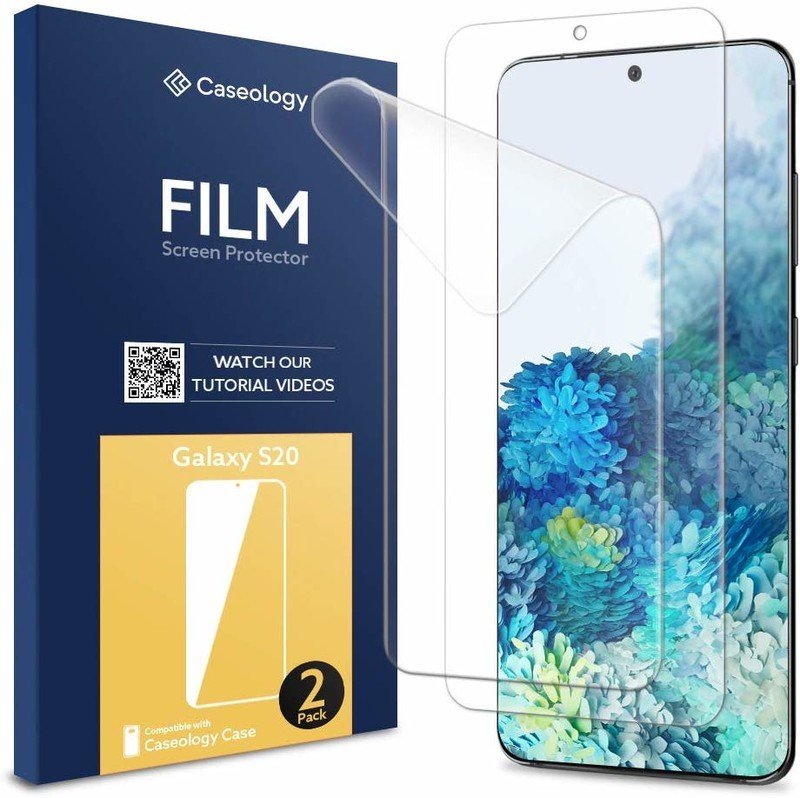 Caseology is better known for its cases, but it also makes some perfectly good screen protectors. When you buy screen protectors from a case maker, you can be sure that they won’t interfere or peel up when used with most light and medium cases. 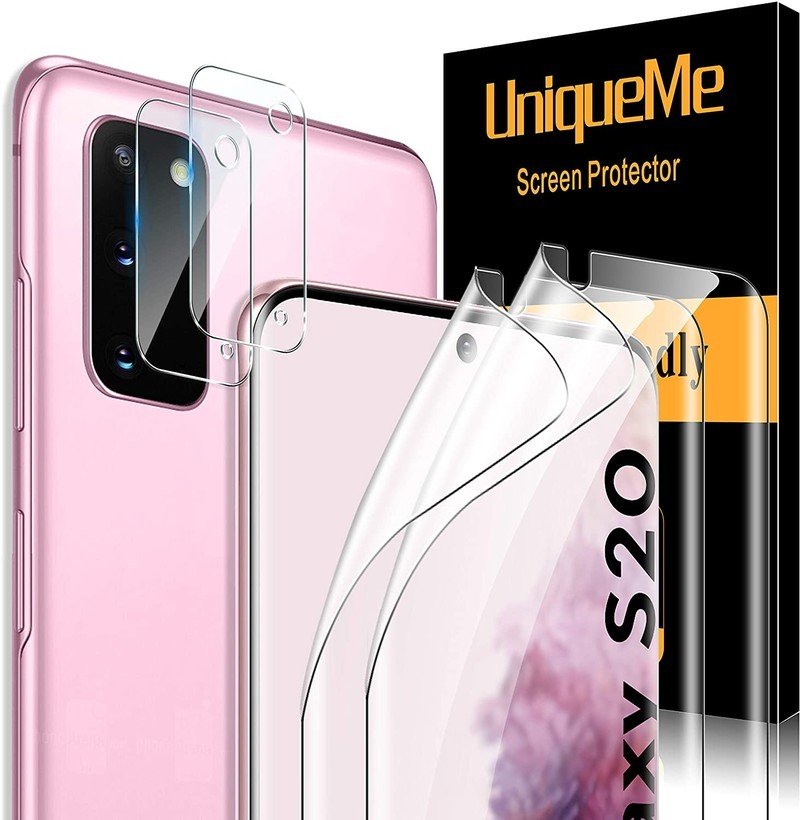 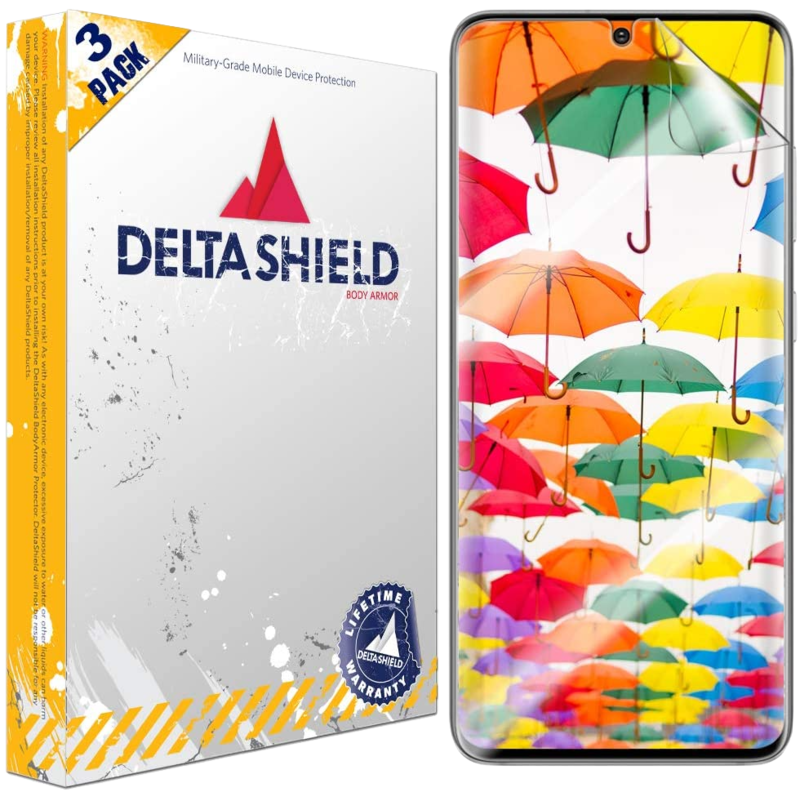 DeltaShield understands that you shouldn’t have to spend an arm and a leg just to protect your Galaxy S20. This three-pack of TPU film protectors offer 99.9% clarity when applied to the phone, have self-healing technology to remove unwanted scratches discretely, and offer ample durability in a sleek and thin profile. For the price, it’s hard to beat it. 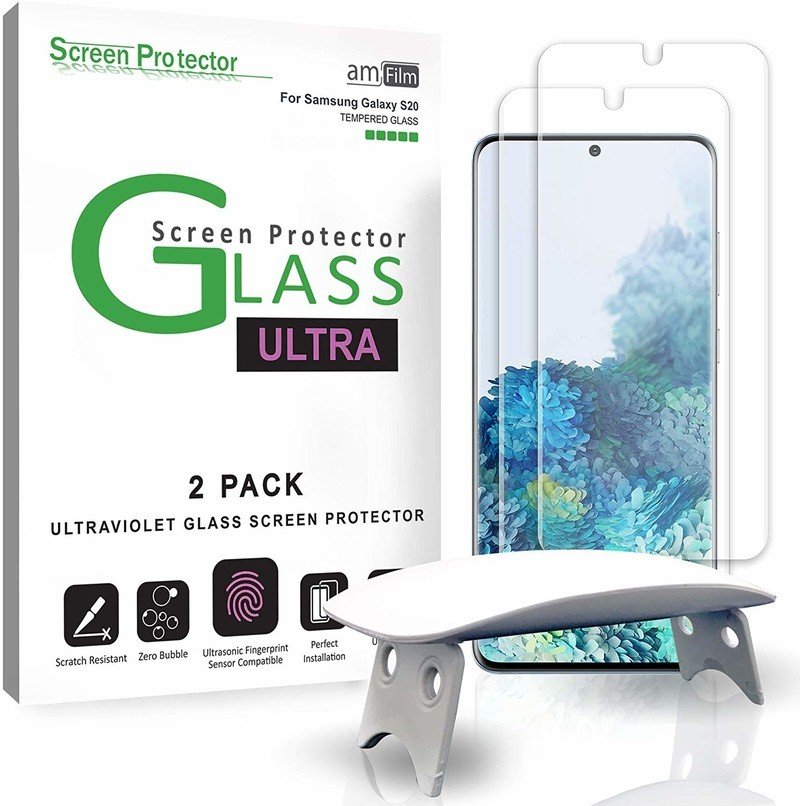 If you like the idea of the Whitestone screen protector but want something a little easier on your wallet, the amFilm Ultra Glass Screen Protector is a phenomenal purchase. It uses a UV gel application to ensure a highly precise and accurate fit, and once applied, it works with the fingerprint sensor, doesn’t reduce touchscreen sensitivity, and is extremely protective. 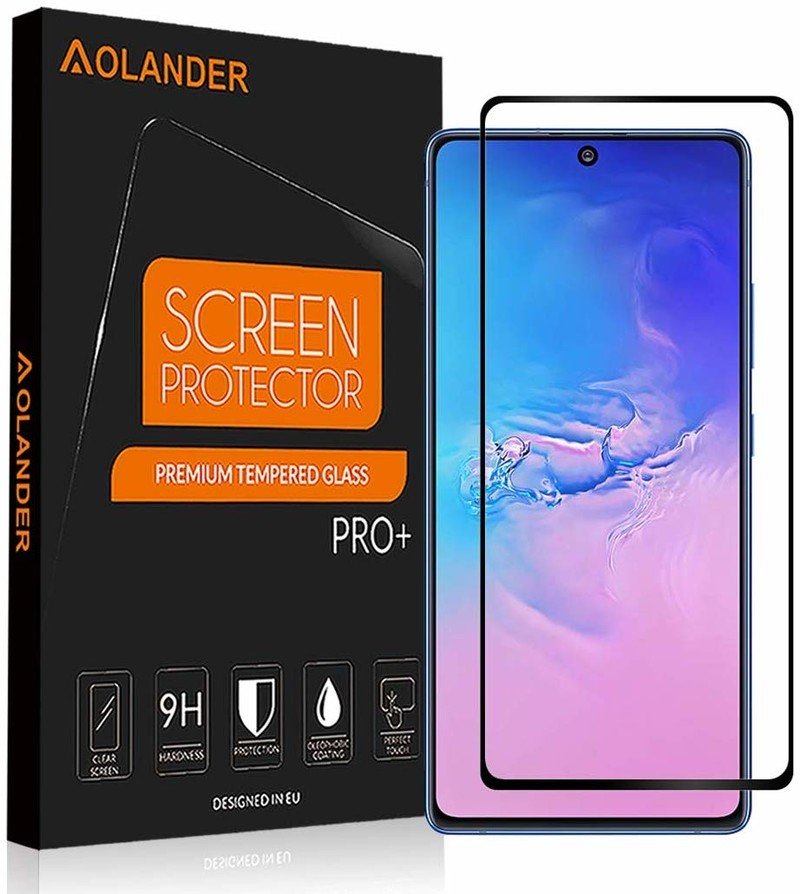 This tempered glass screen protector includes a thin black border and an alignment guide that will help you with lining up during installation. You only get one, but the price is right, and it’s backed by a lifetime replacement warranty in case anything goes wrong, including normal wear and tear. 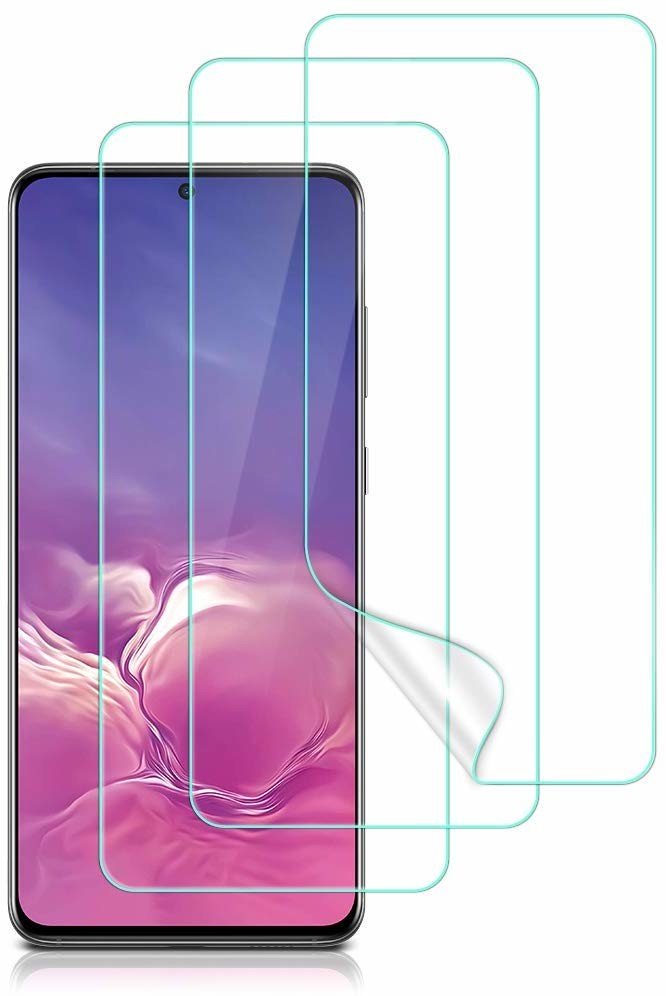 This flexible film screen protector is designed to protect the curved edges of the S20’s display. Technically this is a two-pack with an extra screen protector to practice with. Of course, if you install it perfectly on the first try, then you’ve got two spares, which is nice.

As we learned last year with the Galaxy S10, tempered glass screen protectors have a nasty habit of interfering with Samsung’s ultrasonic fingerprint sensors, so you’ll want to keep that in mind. We’ve included a mix of both tempered glass and TPU film options, but if that in-display fingerprint sensor is a key feature for you, you’re best to stick with the flexible film screen protectors.

For early adopters, our top recommendation is the ArmorSuit MilitaryShield. The wet install process leaves more changes for fixing any mistake or misalignment during installation. Plus, the self-healing film should buff out small scratches and fingernail dents, so you don’t have to replace it as often.

For tempered glass, I’ll recommend the Whitestone Dome Glass because its UV-curing system makes it less prone to problems with the ultrasonic fingerprint sensor.

Apple has purchased payments startup Mobeewave, which created a system that lets shoppers tap a credit card or smartphone on
Read more
News

Apple has purchased payments startup Mobeewave, which created a system that lets shoppers tap a credit card or smartphone on
Read more

These cases provide all the protection your Galaxy A11 will need