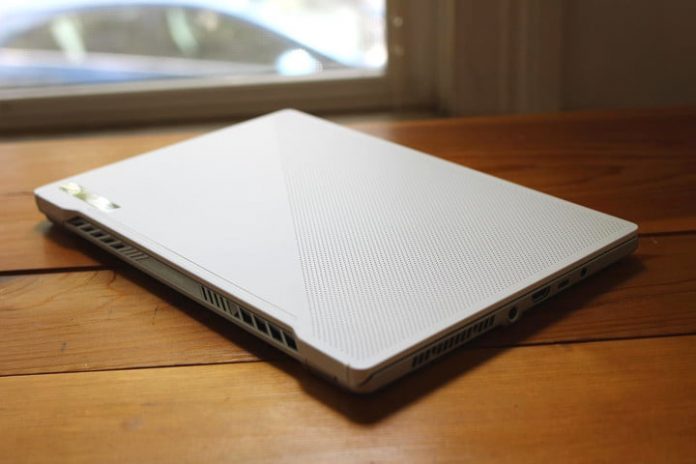 There’s a lot of excitement around AMD’s Ryzen 4000 laptops. These new processors bring higher core counts and more power to light and portable laptops. Availability, though, is AMD’s primary challenge.

AMD says up to 135 designs will be coming this year, ranging from gaming laptops to commercial machines. But the rollout has been slow. We’ve gathered together all the Ryzen 4000 laptops that are currently available, as well those that will hit shelves later this year.

The notebook ships with a 14-inch display with a 120Hz refresh rate. Gamers will appreciate that this system delivers a respectable 64 FPS (frames per second) on intensive games like Assassin’s Creed: Odyssey at high settings. It offers the power of AMD’s processor and Nvidia’s GeForce graphics in a package that starts at a modest $1,050. If you want to game on a larger display, a ROG Zephyrus G15 with a 15.6-inch display has also been announced and is listed as coming soon. That laptop has a starting price of $1,299.

Dell’s G5 SE combines AMD’s Ryzen 7 4800H processor with a Radeon RX 5600M in a 15-inch form factor. This notebook uses AMD’s silicon for the processor and graphics, and also benefits from the company’s ShartShift software optimization, which helps to drive more performance to either the CPU or GPU based on where it’s needed. ShartShift should deliver a boost in power without sacrificing too much battery life.

For a gaming-centric laptop, the Dell G5 SE starts at an affordable $879, but our review unit also shipped with a 144Hz display for responsive gaming action, 512GB solid-state drive, and 16GB of memory for just $1,200.

Dell’s Inspiron brand has been a staple inside many homes and college dorm rooms thanks to its competitive performance and affordable price. The new Inspiron 14 7000 2-in-1 combines a sleek convertible design — like the HP Envy x360 and Lenovo IdeaPad Slim 7 on this list – and up to AMD’s Ryzen 7 4700U mobile processor.

Starting at just $699, the Inspiron 14 7000 2-in-1 is one of the more affordable laptops on the market, pairing AMD’s processor with integrated Radeon graphics, a 14-inch FHD touchscreen display, and fingerprint security in a travel-friendly 3.42-pound package.

Unlike competitors that debuted consumer notebooks with Ryzen 4000 first, HP’s initial embrace of AMD’s silicon began on its commercial laptops. The HP ProBook 445 G7 is one of the first business-oriented laptops to ship with Ryzen 4000 chips, so you’ll be getting the durability of HP’s notebooks — like a spill-resistant backlit keyboard and Sure View privacy display on an ultra-bright 1,000-nit screen — with the performance of AMD’s processor.

Given the feature set, the $606 starting price makes this one of the most affordable commercial laptops on the market. Configurations start with a quad-core Ryzen 3 4300U processor in a 14-inch package. If you need a larger display, the 15.6-inch ProBook G7 starts at just $622 with similar features.

Designed as an affordable notebook with upgraded aesthetics, HP’s Envy lineup is a great bet for those who want a premium finish without breaking the bank. Along with either 13- or 15-inch options, HP’s convertible is available in a range of Ryzen 4000 configurations that start with a Ryzen 3 4300U and go up to a Ryzen 7 4700U.

If you need a convertible for travel, you’ll likely want to opt for the 13.3-inch model, while those who need the extra screen real estate will want to choose the 15.6-inch version. Both models start at just $699, with the smaller of the two models weighing less than 3 pounds. Battery life is still unknown, but power users will appreciate the fast-charging capabilities of this notebook, which produce a 50% charge in as little as 30 minutes.

If bigger is better is your mantra, Lenovo’s 17-inch IdeaPad 3 is a laptop that will be a delight for your eyes. As one of the largest laptops to feature AMD’s Ryzen 4000 chipsets, the IdeaPad 3 manages to still stay affordable, starting at $739. Equipped with an eight-core Ryzen 7 4700U processor and integrated Radeon graphics, this laptop is a great everyday driver that can multitask between web browsing, Microsoft Office files, and even casual photo editing.

Despite Lenovo’s confusing naming convention for its consumer laptop lineup, North America’s release of the IdeaPad Slim 7 — known as the Yoga Slim 7 internationally — boasts the brand’s signature smile-shaped keys on the keyboard alongside a stated 14-hour battery life. Features like a 14-inch FHD Dolby Vision display and Dolby Atmos audio tuning in a super-slim package that weighs just a little more than three pounds make the IdeaPad Slim 7 a bit more premium than the standard IdeaPad 3.

Starting at $899, you’re getting an eight-core Ryzen 7 4700U processor along with integrated Radeon graphics, integrated fingerprint reader, a 512GB solid-state drive and 8GB of soldered LPDDR4X memory in a form factor that will give any Intel-powered Ultrabook a run for its money.

Lenovo’s Legion 5 laptop is ideally suited for content creation and gaming, given that it pairs AMD’s Ryzen 4000 processor with rival Nvidia’s GeForce RTX graphics. This ray-tracing-capable system starts at under $1,000 and can be configured with either a six-core Ryzen 5 4600H or eight-core Ryzen 7 4800H processor and Nvidia GeForce RTX 1650 or 1650 Ti graphics.

Lenovo offers plenty of configuration options, and the 15.6-inch FHD display with up to 144Hz refresh rate will help gamers stay on top of the action in a package that starts at 5.5 pounds.

If none of the options above suit your needs, don’t fret. More than a dozen additional models have been announced from manufacturers ranging from MSI to Asus and Acer to HP. Whether you need a laptop for work or play, keep an eye out for these laptops to pop up in the coming months, complete with Ryzen 4000 under the hood.