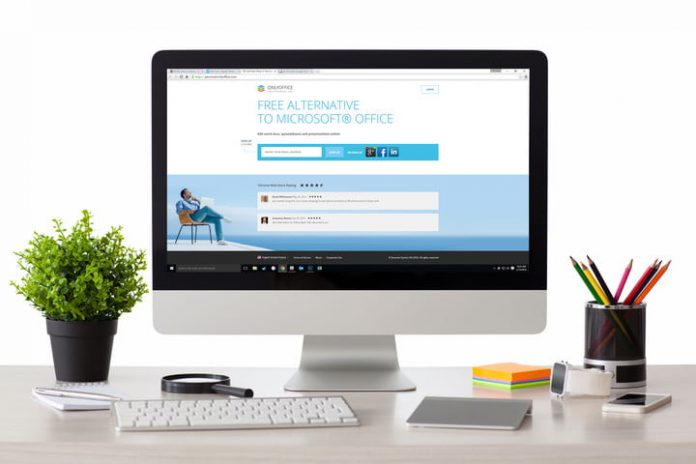 When Google first began offering real-time collaboration for documents, spreadsheets, and presentations, it essentially changed the way millions of people work together online. That was then, however, and Google is no longer the only company that offers a web-based suite of office applications. If you’re dissatisfied with Google Docs, there’s a wide range of alternatives out there for you, and we’ve rounded up the best of them.

Microsoft Office Online: In many ways, better than Google

If you’re used to Microsoft’s desktop suite — and hundreds of millions of users are — then Microsoft Office Online is the first alternative you should check out. The service offers web-based versions of Word, Excel, Powerpoint, and OneNote, along with a number of other tools. The service is free for home users, and a license for the desktop version of Microsoft Office is not required. The big advantage here is file compatibility, though. Office Online provides full document fidelity, allowing you to view Word, Excel, and Powerpoint documents on the Web as you would on your desktop. Your files should look exactly the way you remember them, and Excel formulas or PowerPoint slides should transfer as expected.

Another potential pro for longtime Microsoft users is the interface, which is built on the same familiar ribbon Microsoft has used since the release of Office 2007 over a decade ago.

The current version of Office Online does allow you to upload documents directly from your computer. Files can also be downloaded as Office files, PDFs, and even in the open document format if you’re a Libre Office user outside the browser. All this makes Microsoft Office Online the most complete alternative to Google Docs, particularly for longtime Microsoft Office users.

Zoho Docs isn’t as well known as Microsoft Office Online or Google Docs and it doesn’t really resemble either service either. Recently, it’s become its own sort of productivity app. You can still create documents, spreadsheets, and presentations. Just don’t expect the user interface to look like Google Docs or Microsoft Office. This interface itself is clean and simple to use, but Microsoft and Google enthusiasts may not like its unfamiliar layout and that it has a number of hidden menus. But Zoho does offer more options when it comes to importing documents from other cloud services such as Dropbox, Google Drive, and OneDrive.

The free version of Zoho Docs includes 5GB of storage per user, a file upload limit of 1GB, two-factor authentication, the mobile app, and use of the Zoho office suite.

OnlyOffice is a relative newcomer to the world of online office suites, but the company offers a free version of its software for personal use. The software allows users to easily upload documents, spreadsheets, and presentations created using Microsoft Office or Libre Office. Android and iOS apps also provide mobile access.

A key strength of OnlyOffice is its cloud-based storage options, which let you connect your Google Drive, Dropbox, Box, OneDrive, and Yandex.Disk accounts. If you’re using a major cloud service, OnlyOffice can probably connect to it. The package is built on a lot of open-source software, too, meaning true geeks can check out the source code on GitHub. It’s even possible to deploy OnlyOffice on your own server, which further increases its potential for power users or network administrators.

Etherpad isn’t a complete alternative to Google Docs given it focuses entirely on text editing. There’s no spreadsheet app, presentation app, or compatibility with Word and Libre Office documents. If you want those things, Etherpad is not a viable Google Docs alternative. Etherpad is a solid choice if you just want to use your browser and collaborate on formatted text in real time, though.

The software is open-source, meaning you can put it on your own server and use it however you’d like. This gives you full control over your system, allowing you to customize it to your organization’s precise needs. There’s an online version of Etherpad hosted by Mozilla, if you want another option. It’s a simple alternative, sure, but it can work great depending on your needs.

Google isn’t the only game in town

The aforementioned apps represent, in our experience, the best alternatives to Google Docs. Many other online office suites have come and gone over the years, and some of these might disappear in the future. Google Docs is a hard suite of applications to replace, and it only gets better over time. However, it’s good to see that more than a few companies are trying to not only keep up with Google’s office suite, but surpass it. Here’s hoping all of these web apps will just keep getting better.