HomeNewsSamsung is considering wireless charging for Galaxy A Series
News

Samsung is considering wireless charging for Galaxy A Series 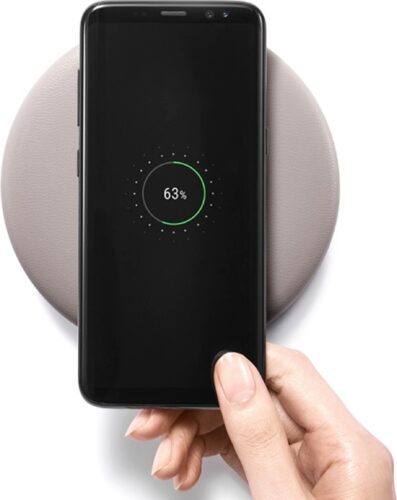 Until recently, wireless charging was only predestined for ultra expensive smartphones. The crème de la crème, something you had to pay extra for. But times are changing and Samsung now wants to equip its affordable mid-range series with this handy feature.

The Galaxy A-series is a big milk cow for Samsung. For example, the Galaxy A51 was the best selling Android device in the first quarter of 2020. All the more reason for Samsung to give the series extra attention. That already happened when it gave the series a big makeover in 2019. Plastic went out the door, OLED screens were installed and several cameras were placed. And according to this Korean site will soon include wireless charging.

Wireless charging, soon also on the Galaxy A?

And that doesn’t only apply to the more expensive Galaxy A models, but perhaps also to the cheapest ones. If true, this would make the battle for the mid-range segment quite fierce. Whereas equipping phones with wireless charging used to be a bit expensive, nowadays it can be much cheaper due to economies of scale. This also applies to the generally more expensive OLED panels and multiple camera sensors. The total cost should not make the phones unaffordable. We can expect the first Galaxy A phones with wireless charging from 2021 onwards. It is obvious that the successors to the Galaxy A51 and A71 will be the first.

Good for the consumer

Other manufacturers of so-called mid-range phones therefore have enough time to come up with an answer in the meantime. Expect a fierce battle in this price segment. In the end, this is only good news for the consumer. They will get more value for money and will have access to premium features that until recently were only available for the most expensive smartphones.