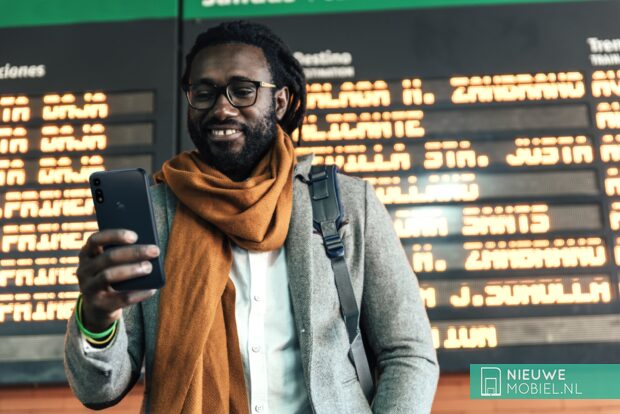 Parent company Lenovo has just announced the Motorola Moto G Fast and new Moto E in a press release. Both device will be in store in the U.S. from June 12, Canada will follow this summer. Whether the models will be released elsewhere is yet unknown.

New in the Moto G Series is the Moto G Fast. Lenovo says it owes that speed thanks to a built-in Snapdragon 665 processor. It’s a neat mid-range chip with eight cores. The 3GB of RAM memory looks a bit a the low side, but Motorola promises to deliver decent performance by deploying Artificial Intelligence (AI).

The Motorola Moto G Fast has a built-in 4000 mAh battery and 32 GB of storage memory. The latter is expandable up to 512 GB thanks to a memory card. The G Fast has a 6.4 inch screen with HD+ resolution. On the camera side, you’ll have to make do with a 16 megapixel main camera, an ultra-wide-angle camera and a macro camera with which you can focus up to 5x closer than normal. Optical zooming is not included with the Fast, you can only use digital zoom.

Lenovo also released a new Moto E. In previous years Motorola used the name Moto E + generation. This Motorola Moto E has a 6.2 inch Max Vision HD+ screen with drop-shaped notch for the selfie camera. On the back we find a dual 13 + 2 megapixel camera. There is a 3550 mAh battery which is enough for a up to 2 days of battery life. The processor is a Snapdragon 632 from Qualcomm. This octa-core chipset runs Android 10 with a somewhat low 2 GB of RAM memory.

Both models will only be for sale in the US from 12 June. Next summer the device will also be available in neighboring Canada. Whether there are plans to visit other countries is still unknown but is something we will certainly keep an eye on.