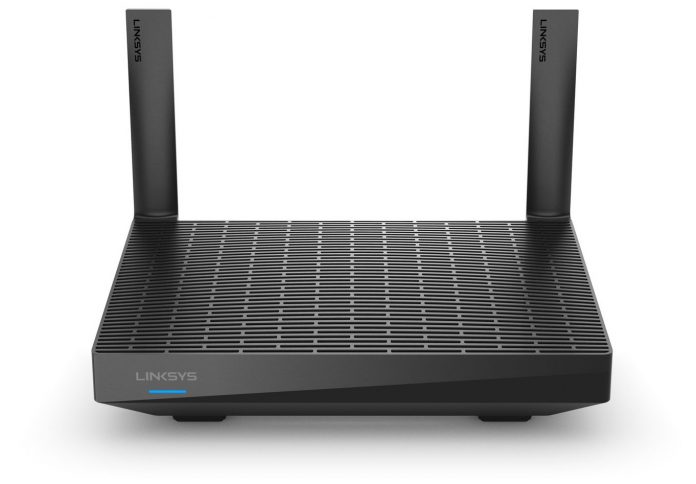 Priced at $149.99, the Max-Stream AX1800 router is Linksys’ most affordable WiFi 6 option. WiFi 6, otherwise known as 802.11ax, is the newest generation of WiFi, offering faster speeds and better coverage for homes with many connected devices.

Many smartphone manufacturers have been rolling out WiFi 6 support, though it’s still in the early stages of adoption. The iPhone SE, the iPhone 11, iPhone 11 Pro, iPhone 11 Pro Max, and iPad Pro all support WiFi 6.

The Max-Stream AX1800 Mesh WiFi 6 Router offers speeds of up to 1.8 Gb/s and coverage of up to 1,700 square feet for connectivity across the home. It is compatible with the entire Linksys Velop line, and can be used in addition to any Linksys mesh product to amplify WiFi coverage, either as a primary router or secondary node.

Linksys also announced the availability of the more expensive $400 Max-Stream Dual-Band Mesh WiFi 6 Router (MR9600) that was announced earlier this year. The MR9600 offers speeds up to 6Gb/s and up to 3,000 square feet of coverage.

Both of the new routers can be purchased from the Linksys website starting today.Tag: Linksys
This article, “Linksys Launches Affordable Max-Stream AX1800 Mesh WiFi 6 Router” first appeared on MacRumors.com

Facebook
Twitter
Pinterest
WhatsApp
Previous articleCarKey: A New Feature That Will Let You Unlock a Car With Your iPhone
Next articleExclusive games are more important than ever for the PS5, according to Sony