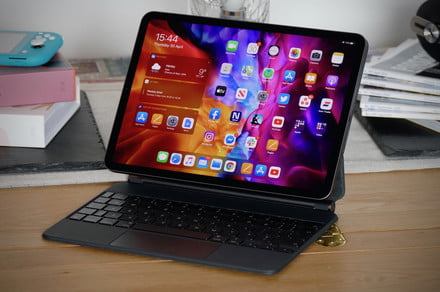 The iPhone is expected to get 5G support in 2020, but it isn’t the only Apple device that might need network connectivity. According to a tweet from well-known Apple leaker L0vetodream, the iPad Pro will be getting a refresh in 2021 — and that refresh will include the addition of 5G.

The tweet offers more details about the support. Notably, the 2021 iPad Pro will reportedly make use of the Qualcomm Snapdragon X55 5G modem, which allows for both sub-6GHz 5G, and mmWave networks.

Getting 5G support will be a big deal for the new iPad Pro, but it reportedly won’t be the only upgrade to the tablet in 2021. We’ve heard rumors about mini-LED display technology since December when well-known Apple analyst Ming-Chi Kuo predicted the use of the new tech for an upcoming iPad Pro. L0vetodream touched on the use of mini-LED in the tweet. Mini-LED technology is said to allow for much higher contrast ratios with deeper black levels, ensuring that the display will look even better than the display on the iPad Pro already does.

The “small” and “big” models referenced are presumably the 11-inch and 12.9-inch variants (or similar).

Powering all of the new tech will reportedly be a new Apple A14X processor, which would be no big surprise. While this is part of the leak, it also seems a little obvious — considering the fact that Apple usually ships a tweaked version of its latest processor in the top-end iPad models. The standard A14 is expected to ship in the iPhone 12 when it’s released later this year.

That said, this information isn’t unexpected. It’d make sense of the iPad Pro to include 5G support, especially if 5G is added to the iPhone lineup this year, which seems likely. 5G connectivity on the iPad could be useful, especially for those who use their iPad for things like video streaming and for productivity. While low-band 5G will likely deliver speeds only slightly faster than good LTE connections, mmWave could offer multi-gigabit speeds.

The iPad Pro was last refreshed in March, but the refresh was relatively minor. The new model added a LiDAR sensor, along with an 8-core GPU in the A12Z chip, over the 7-core GPU in the A12X, which was featured in the previous model. We currently recommend the iPad Pro as the best tablet you can buy.